You are here: Home / Top Stories / Why the 1973 GMC Canyonlands is a Dream Machine
This post may contain affiliate links or mention our own products, please check out our disclosure policy here.

One day he was just another bicyclist in Los Angeles, the next he was the proud owner of a 1973 GMC Canyonlands motorhome. Today, Dutch Marc and his dog Donovan are full-time RVing, vintage style. 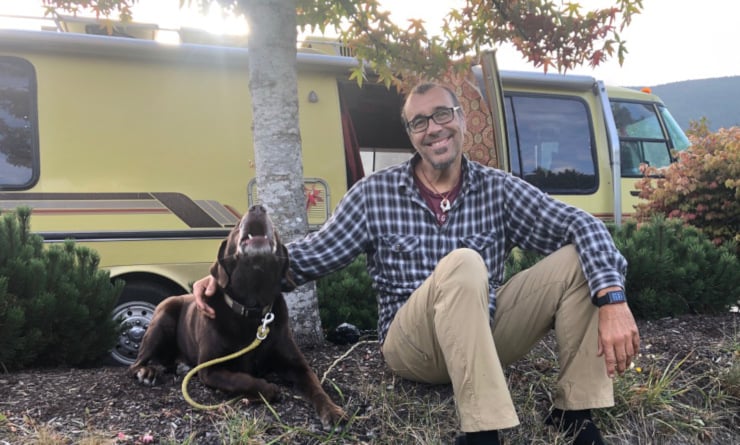 Dutch Marc and Donovan travel the country together.

The Vintage Motorhome that Lives On.

The former tent camper and pop-up trailer owner had no intention of getting into a 46-year-old motorhome. But the allure of owning a 1970s space age GMC Canyonlands was irresistible. After seeing one for sale near his home, he did some research and found a more well-loved model at a lower price. Then he bought it and everything changed.

“I was like, oh wow I bought a vintage motorhome. I don’t even want to drive a used car!”

As the third owner of “Mellow Yellow” as he calls it, Dutch Marc has been living full-time in the classic motorcoach for the last three years. It has not disappointed. 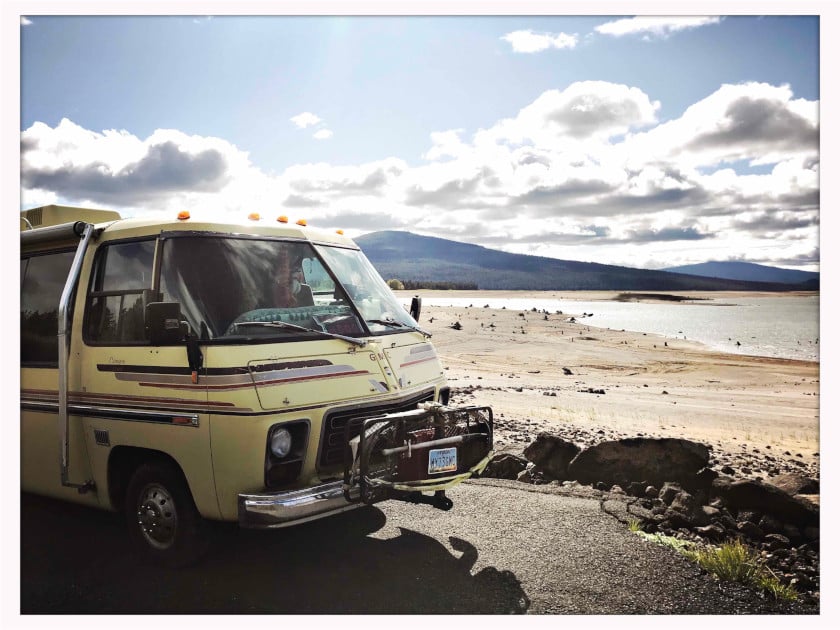 Marc’s home is where he parks it.

The coach is in prime condition. It still has all-original interiors and a rebuilt engine too. He’s put 50,000 miles on Mellow Yellow as a full-time RVer. Today the odometer reading is an estimated at 276,000 miles. For Marc, this vintage GMC motorhome has treated him quite well. “It drives great!” he says while on his way to Southern California.

Why the 1973 GMC Canyonlands is Still on the Road

Marc didn’t know it at the time but this vintage motorhome was the first RV built entirely from the ground up by a major American automobile manufacturer. Fans say that GMC wanted to produce the best looking and best engineered RV the world had ever seen. And according to the Hemmings.com video below, they succeeded.

The GMC motorhomes were light years ahead of their competitors. “That’s why they’re still on the road after forty-five years!” Marc explains.

Since the motorhome’s engine is very compatible with the 1976 Oldsmobile Toronado, Marc loves how he can get parts pretty much anywhere just by driving to an auto parts store.

“You’re not dead in the water if something breaks,” he explains.

Other replacement parts, like the door handles and fiberglass sections are still being made by companies around the U.S. And while Marc says he’s not a mechanic, when he needs help he can find GMC motorhome support on the Internet. “There’s such a big GMC community and they’re all very supportive, they help each other out.” 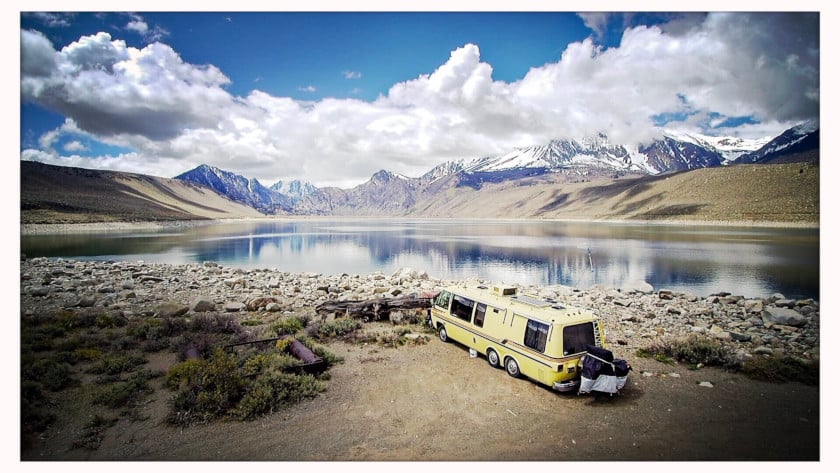 At home in the Sierra Nevada.

Finding one of these vintage beauties isn’t too difficult. Out of 13,000 that GMC produced, vintage GMC experts say that about half are still on the road. The motorhomes are so well built that almost a half-century later, fans are still camping and driving across America with them.

As for Marc, he raves not only about how much he loves his 1973 GMC Canyonlands, but is especially fond of how well this coach helped him transition from a sticks-and-bricks lifestyle to full-time RVing in a vintage motorhome. 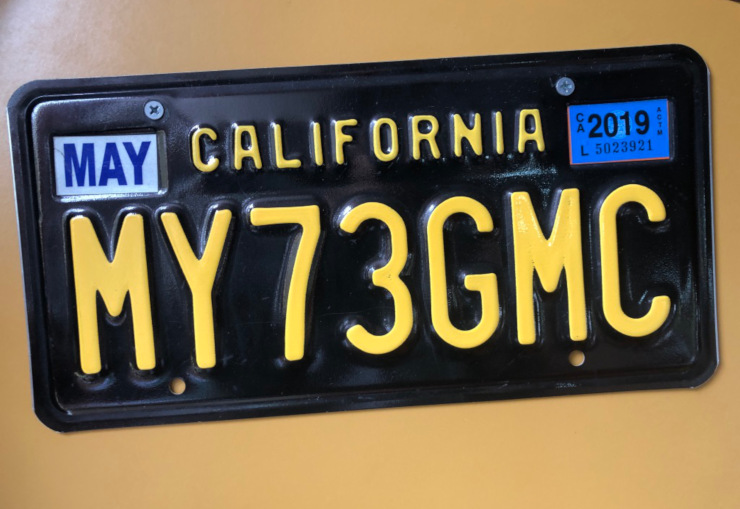 “I just love it,” he explains. “The lifestyle, the compact living, the small footprint. It makes my life so much simpler.”