You are here: Home / Top Stories / 2013 Fall Festivals
This post may contain affiliate links or mention our own products, please check out our disclosure policy here.

Pickin’ in the Pines
Sept. 13–15 — Bluegrass and acoustic music will be presented at the Pepsi Amphitheater at Ft. Tuthill County Park near Flagstaff. All camping areas are within a quarter-mile walk of the amphitheater, which holds 2,500 people, and there is also shuttle service.  In addition to performing, musicians will conduct workshops, and the event will include a band contest.  (pickininthepines.org)

Prescott Western Heritage Days
Sept. 14–15  — Memorabilia and the 1936 Cord Phaeton of cowboy actor Tom Mix will be on display during Western Heritage Days at the Sharlot Hall Museum in Prescott. The event will showcase the City of Prescott and Yavapai County as they were from 1865 to 1900. Activities will include gold panning, a period costume contest and a Victorian fashion show. Entertainers will include singer/songwriter Belinda Gail, cowboy poet Mike Dunn and rancher and singer/songwriter Gail Steiger. (prescottwesternheritagedays.com)

Salsafest
Sept. 27–28 — Restaurants along the Salsa Trail in southeastern Arizona will dish up samples at the City of Safford Town Square. The event will include a salsa-making contest, hot air balloons and a car show. (salsatrail.com)

Wild Western Festival
Oct. 25–27 — Cowboy gunfights and stunt shows, a fast draw competition, blacksmith demonstrations and entertainment by cowboy and cowgirl singers and poets will be presented from 10 a.m. to 5 p.m. Friday through Sunday at Sahuaro Ranch Park in Glendale. (wildwesternfestival.com)

Avocado & Margarita Festival
Sept. 14–15 — A year’s supply of avocados will be among the prizes offered on the Embarcadero at Morro Bay during this festival featuring arts and crafts, entertainment, margaritas, beer, local wines and food. There will be contests for the best avocado recipe, best fiesta costume and best-dressed sombrero. (avomargfest.com)

Pacific Coast Fog Fest
Sept. 28–29 —A parade at 10 a.m. Saturday will launch this festival that features entertainment on three stages, arts and crafts booths and food and drink along Palmetto Avenue in Pacifica. “Surf’s Up” is this year’s theme. Fog Fest will be held from 10 a.m. to 6 p.m. Saturday and Sunday. (pacificcoastfogfest.com) 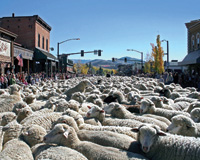 Trailing of the Sheep
Oct. 10–13 — About 1,500 sheep will be herded down Ketchum’s Main Street at noon Sunday on their annual migration to winter pastures. The Sunday parade, including historic sheep wagons, will be the climax of a four-day celebration of sheep ranching.  The event will include sheepdog trials, storytelling, sheep shearing and wool spinning. (trailingofthesheep.org)

Sun Valley Jazz Jamboree
Oct. 16-20 — Musical styles from swing and big bands to Dixieland and the blues will be represented in performances at nine venues in Sun Valley. Cornet Chop Suey, the High Sierra Jazz Band, Bill Allred’s Classic Jazz Band and the Blue Street Jazz Band will be among the groups. The five-day festival includes dance lessons and competitions.  RV sites without hookups will be available at River Run Lodge. (sunvalleyjazz.com)

Candy Dance Arts & Crafts Faire
Sept. 28–29 — More than 300 craft and food vendors will man booths in an event that started in the town of Genoa in 1919 as a dance to raise money for street lights. Women made candy to entice people to the dance, and the “Candy Dance” is still held every year. The Candy Dance will be held this year from 4:30 to 10 p.m. Saturday in the Genoa Town Park. The arts and crafts fair will be held from 9 a.m. to 5 p.m. Saturday and Sunday. (genoanevada.org)

Nevada Day
Oct. 24–27 — The Nevada Day Parade, starting at 10 a.m. Saturday on Carson Street in Carson City, is the main event in this celebration of statehood, but there are four days of activities. The parade will be preceded by a balloon launch, weather permitting. Other activities will include music and art shows, a carnival, beard contest, chili feed and free concerts. (nevadaday.com)

Mt. Angel Oktoberfest
Sept. 12–15 — The rural community of Mt. Angel, 40 miles south of Portland, draws 350,000 people a year to its Bavarian festival that includes 50 food chalets, an arts and crafts show, and free entertainment on the village bandstand. Oktoberfest features a Bavarian Biergarten, family Weingarten and interactive entertainment in the Alpinegarten. There will also be a car show and golf and volleyball tournaments.  Oktoberfest will be held from 11 a.m. to midnight Thursday through Saturday and 10 a.m. to 9:30 p.m. Sunday. (oktoberfest.org) 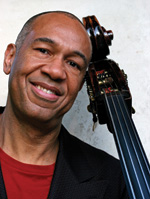 Lincoln City Kite Festival
Oct. 5–6 — Kite flying experts will give demonstrations and youngsters will learn how to make kites on the beach at the D-River Wayside in Lincoln City from 10 a.m. to 4 p.m. Saturday and Sunday.  This year’s theme is “Tale of Tails” honoring the pod of life-sized gray whale kites that will appear at the festival. (orangecoast.org)

Medford Jazz Festival
Oct. 11–13 — Sixteen bands will entertain with Dixieland, zydeco, swing, rockabilly and other styles of music at the Red Lion Hotel and other venues in Medford. The venues have dance floors where everyone is invited to dance.  Bands will include Dave Bennett and the Memphis Boys, the Lena Prima Band, Southern Oregon Jazz Orchestra and Gator Beat. (medfordjazz.org)

Escalante Canyons Art Festival
Sept. 27–28 — Artists will spend nearly a week painting scenes in Wayne, Garfield and Kane counties and then exhibit their work and offer it for sale at the community center in Escalante. More than $9,000 in prizes will be awarded during this festival that will also include lectures, workshops and musical entertainment. (esclantecanyonsartfestival.org)

Western Music & Cowboy Poetry Gathering
Oct. 31–Nov. 3 — Cowboy poet Waddie Mitchell and western entertainers Lynn Anderson and Dave Stamey will be among the poets and musicians who will perform at Wasatch High School Auditorium in Heber City and other venues in Heber Valley. The four-day gathering will include workshops. (hebervalleycowboypoetry.com)

Moab Folk Festival
Nov. 1–3 — Folk musicians will perform evenings at Star Hall and the Grant County High School Auditorium in Moab and during the day at Moab Ball Field.  The festival at the ballpark will include arts, crafts, food and a beer garden. There will be free music workshops Saturday and Sunday mornings. The festival will be preceded by a weeklong folk camp offering classes in guitar, singing, songwriting, ukulele, banjo and other instruments. (moabfolkfestival.com)

Oct. 11-13 — Crab caught fresh from local waters will be served with fresh corn and cole slaw in a 9,000-square-foot food tent at the city pier, Gateway Center and Red Lion Hotel in Port Angeles. In addition, crab cakes, clam chowder, crab bisque, seafood gumbo, fish and chips, oyster stew and more will be available.  The event will include cooking demonstrations, a wine garden, live entertainment and children’s activities. The festival will begin with a preview Friday night and continue from 10 a.m. to 8:30 p.m. Saturday and 10 a.m. to 5 p.m. Sunday. (crabfestival.org)

Cranberrian Fair
Oct. 12–13 —Visitors can tour cranberry bogs, visit the Cranberry Museum and buy peach/cranberry pies during this two-day event sponsored by the Columbia Pacific Heritage Museum in Ilwaco. The fair will include craft exhibits and demonstrations. The Cranberry Trolley will take visitors from the heritage museum to the Pacific Coast Research Foundation and Cranberry Museum in Long Beach. (columbiapacificheritagemuseum.org)