You are here: Home / RV News / 2015 Shasta AirFlyte Retro
This post may contain affiliate links or mention our own products, please check out our disclosure policy here.

Shasta a Division of Forest River Re-Issues the 1961 Shasta Airflyte Travel Trailer as a 2015 Model.

The 75th Anniversary of Shasta will see the re-release of this timeless classic. 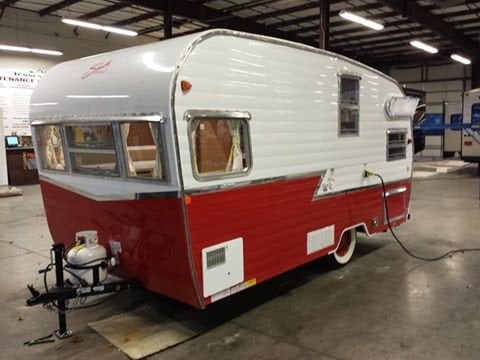 The original date of manufacture for this beauty was in 1961.  This over Fifty Year Old model is gaining in popularity with those RV’ers that are looking for the “It” RV.   A Tennessee based dealer wrote in their promo that the 16′ model is priced at $16,995 while the 19′ model is priced at $17,995. 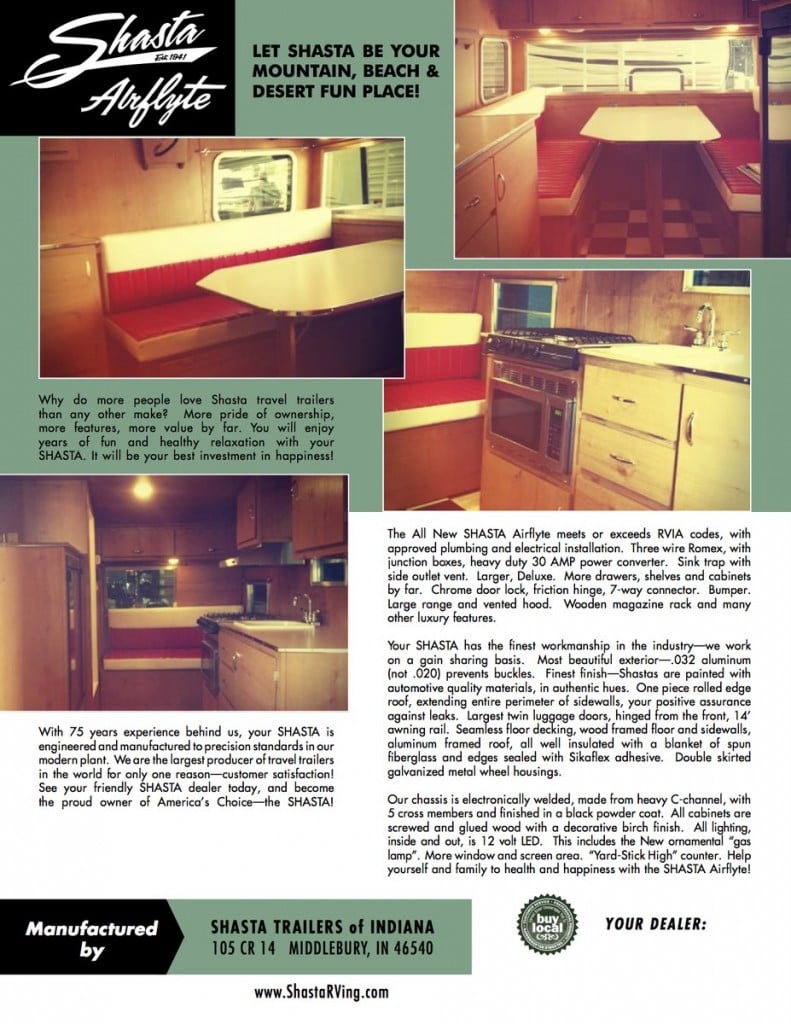 Shasta began building travel trailers in 1941. For 2015, Shasta has created a nearly exact replica of it’s iconic 1961 Shasta Airflyte 16SC Travel Trailer complete with the legendary Shasta wings! This re-release has been scheduled for a limited construction of 1,941 trailers and will be available in all three original colors; Red, Teal, and Yellow. Shasta has paid close attention to duplicate every small detail down to the original Shasta logo magazine rack. The new Shasta Airflytes will also feature an all-in-one bathroom with a toilet and shower in place of the closet to meet the desires of today’s campers.

True to the Original 1961 Airflyte:

“To see the original 1961 Shasta Airflyte brochure, click here.  In constructing the limited edition model, some modifications have been made from the original to comply with current code requirements and to offer more modern features.” 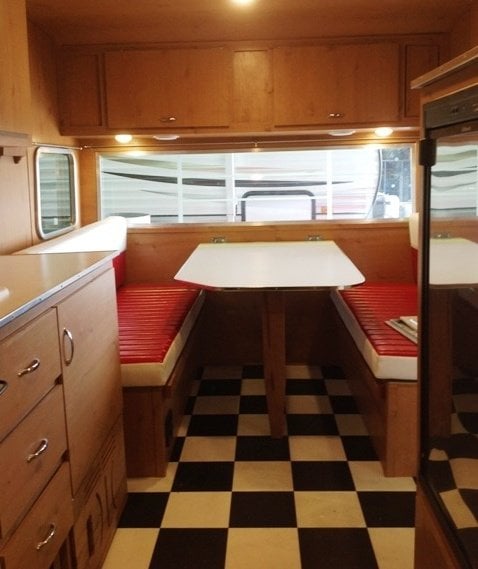 Airflyte Interior features a kitchen booth dinette which when folded down converts into a full width bed.