You are here: Home / Blog / Great Escapes: The Covered Bridge Capital of Oregon
This post may contain affiliate links or mention our own products, please check out our disclosure policy here. 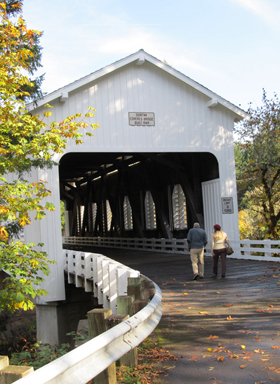 The Beaver State has the largest collection of covered bridges in the West, and one of the largest in the nation. To see six covered bridges and a swinging bridge—all located along one paved and well-marked driving tour— head to Cottage Grove, the self-proclaimed “Covered Bridge Capital of Oregon.” The route is especially lovely in the fall. After your drive, poke around in Cottage Grove’s tiny historic downtown where you’ll find colorful murals painted on the sides of brick buildings, a gold mining museum, shops, and restaurants.

The height of covered bridge building in Oregon occurred between 1905 and 1925, but pioneers actually began constructing them during the mid-1850s. Early covered bridges were often financed by charging tolls: three cents for a sheep, five cents for a horse and rider. Although most people find covered bridges quaint and camera-worthy, they were once built for simply practical reasons. A covered bridge could last 80 years or more, while an uncovered span would deteriorate in about nine years. Today, only 50 covered bridges are found throughout the state (there was once estimated to be 450), but luckily Oregon legislation was passed to help fund preservation of these wooden treasures.

A few of the picturesque covered crossings you’ll see along the Cottage Grove Covered Bridge Tour include: 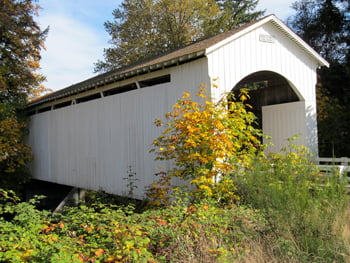 Dorena Bridge, built in 1949 and restored in 1996, is often referred to as the “Star Bridge” because it provided access to the nearby Star Ranch. This 105-foot span is a popular wedding site. Restrooms are also available here.

Mosby Creek Bridge is Lane County’s oldest covered bridge, having been built in 1920 at a cost of $4,125. It spans 90 feet and is one lane only.

Currin Bridge is Lane County’s only covered bridge with white portals and red sides. At 105 feet, it was built in 1925 to replace an original bridge constructed at this location in 1883. 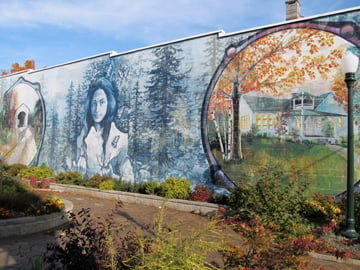