You are here: Home / Blog / RV Travel Tales: Music Legends of Our Lives
This post may contain affiliate links or mention our own products, please check out our disclosure policy here. 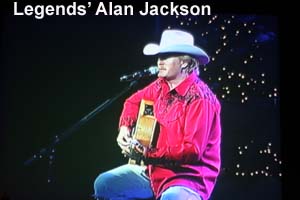 Loosely defined, a legend is the fame of a person or place. Who among RVers does not relate to the celebrity of entertainers such as Dolly Parton, Marilyn Monroe, Bette Midler, Alan Jackson, Ray Charles, Johnny Mathis, Martina McBride, Michael Jackson, George Strait, Buddy Holly, Aretha Franklin, the Blues Brothers, Toby Keith, The Temptations, and Elvis Presley?  A few, we might have an opportunity to see in person, but others remain a legend only in the lyrics and melodies they left behind. However, On Stage Entertainment produces “Legends in Concert” in numerous locations around the United States, on cruise ships, and even in other countries. Perhaps, RVers, while traveling about the country, will have an opportunity to enjoy an evening with some of the legends we have known in our lifetime.