You are here: Home / Blog / Great Escapes: Smokejumper Visitor Center
This post may contain affiliate links or mention our own products, please check out our disclosure policy here.

In 1910, a series of destructive wildfires roared through the Pacific Northwest and the Rocky Mountains, burning millions and millions of acres. These fires began in remote areas that were impossible to reach. Although devastating, this Big Burn brought about one good thing— the idea of parachuting into remote areas to suppress smaller fires before they burn out of control. Years later, the modern-day smokejumper was born! The next time you’re in Missoula, Montana, stop at the nation’s largest training base for smokejumpers and take a free guided tour. 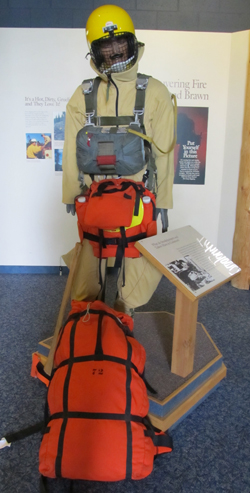 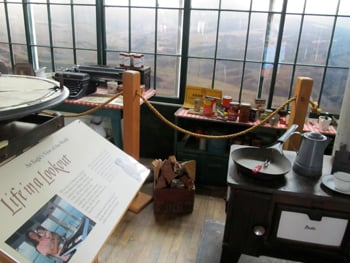 Inside the Visitor Center, you’ll find interesting displays and information explaining fire fighting procedures, smokejumping history, and you can also walk inside a recreated 1937 fire lookout to see how the crew lived. The first fire jump was made in 1940 on Idaho’s Nez Perce National Forest, and the program has been going strong ever since. After watching a short educational video, a guide will take you on a tour of the jump base located next door, where you’ll get an in-depth look at the gear, parachutes, cargo, and aircraft used by smokejumpers today. Did you know they pack their own chutes? Did you know they must be able to carry a 110-pound backpack? And did you know that since 1981 quite a few women have become smokejumpers?  You’ll also learn how fire fighting tools, food, and water are dropped by parachute to the firefighters after they land near the fire, allowing them to be completely self-sufficient for the first 48 hours. 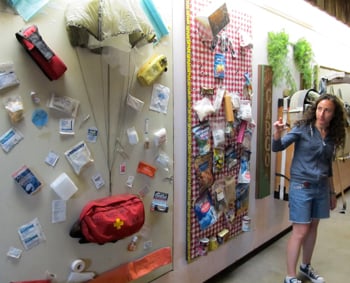 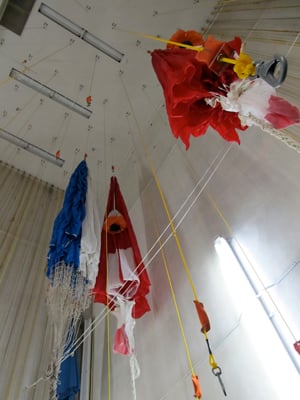 Smokejumpers are highly trained specialists in peak physical condition who work from about June through October; most have other jobs during the rest of the year. Jump country includes most of the western United States from Alaska to New Mexico, and from California to Wyoming. Most people would say they’re crazy to jump out of an airplane into a forest fire, but after touring the jump base you’ll realize smokejumpers can’t wait for the next fire call!