You are here: Home / Blog / Silver Gypsy: Happy Birthday Girl Scouts of America
This post may contain affiliate links or mention our own products, please check out our disclosure policy here.

by Sharlene Minshall - The Silver Gypsy
March 14, 2012Filed under:

Way back in the dark ages, my husband and I were co-leaders for ten years of all ages of Girl Scouts from Brownies through senior high school.  I mention this because their 100th birthday was March 12.  To be honest, I wouldn’t have remembered it, making me wonder why I didn’t hear more about it on the news.  A big celebration was held in Savannah, Georgia where the GS were founded in this country a hundred years ago by Juliette Gordon Low and celebrations within troops were held throughout the USA.

What finally reminded me so succinctly was not the taste of the mint-chocolate GS cookies that were favorites of mine, but comments on Facebook by now grown women who were in our troops who have had GS troops of their own and now their daughters lead GS troops.  I have had a number of messages and even a picture or two to bring back a multitude of memories. (All pictures except Jack’s, from collection of Carrol Working Stovold)

A friend of mine from Michigan told me yesterday that a political jerk from Indiana had made really nasty comments about the GS organization and that of course, got my ire up.  He has since apologized but don’t they all after they stir the pot.  Sometimes I think they make outrageous comments just to be noticed.

At any rate, with raising two daughters, we were involved.  Oh boy were we involved.  During my first parent’s meeting, three brownie troops were left without leaders.  Here is the very spot where I learned never to volunteer.  I raised my hand, you see, and suddenly I was the leader of not one brownie troop, not two brownie troops, but three!  They totaled roughly 87 girls.  With various wonderful co-leaders, we met three separate nights of the week doing all the activities expected and/or dreamed up.  Obviously I did not work outside the home during those years. 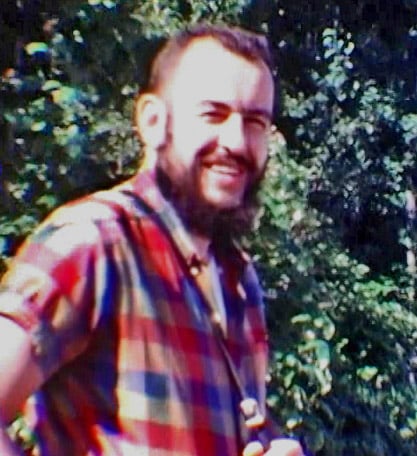 oops via WLS Radio Station out of Chicago.  Those wonderful young people replied to our beautiful little girls.  The brownies came out to our house five at a time, baked, and packed hundreds if not thousands of cookies that were sent with such love to our troops overseas.  We also sent letters to the Korean orphan our troops adopted through Christian Children’s Fund.

My Jack was an official GS but his co-leadership was mostly limited to special trips so I had various mothers who took the roll of weekly co-leaders.  As we went up the ladder of troop ages and our girls progressed (they weren’t actually in our troops until HS), our family bought a 60 passenger school bus.  Jack was a mechanic.  He changed it from a stick shift to an automatic so I could drive it, painted it all white, put a major sign on the side, “Girl Scouts of Singing Sands,” and invited the girls to press their paint-covered multi-colored hand and foot prints on to the side of it.  “Bessie Bus” was born.  She wasn’t just ours; she was theirs!

She took us to Great Grandma’s abandoned farmhouse haunted house, on canoeing trips, camping trips, to Camp Shawadassee, Disney World, the seniors to a western dude ranch, to Chicago to see John Davison in Oklahoma, and everything in between.  They earned the money for those trips through hard work.  Via Bessie Bus, they hauled glass and countless newspapers, and yes, they sold GS cookies.  On those special outings, Jack was their mentor, father figure, sometimes first crush, but mostly their fellow conspirator.  If my regular co-leader and/or I found our bras up a tree, we knew who helped put them there!

Were we crazy?  Yes!  Did we learn and grow?  Without question.  Were we perfect leaders?  No way.  Were they perfect kids?  Absolutely not!  But we mostly loved each other.  It was a great time for our daughters and I hope it was a great time for everyone else’s daughters.  Hugs to all GS everywhere, but especially those from the Niles, Michigan area and era.  God Bless until next week.

Minshall’s RVing Alaska and Canada and RVing Adventures with the Silver Gypsy are available thru Amazon.