You are here: Home / Blog / RV Travel Tales: San Antonio: An RVer’s Second Hometown
This post may contain affiliate links or mention our own products, please check out our disclosure policy here.

by Arline Chandler - RV Travel Tales
May 4, 2012Filed under: 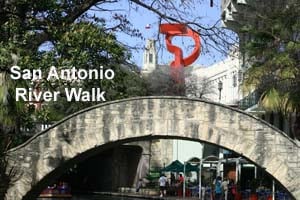 There’s a saying in South Texas: Every Texan has two hometowns.  Their own and San Antonio.  Residents in the multicultural city extend that same hospitality to folks beyond Texas borders.  With an average annual temperature of 69 degrees and 300 days a year of clear, blue skies, San Antonio is a city with a climate as warm as its welcome.  The city and its surrounding area, offering a multitude of sights, events, cross-cultural festivals, music, and food, sums up an ideal location for RVers for a stop-over or even a winter’s stay. Lee and I spent a full week exploring the city’s historic sites, museums, the famous River Walk, and the old missions. From our RV park, we rode a city bus each day into the downtown and followed their signage to various places. 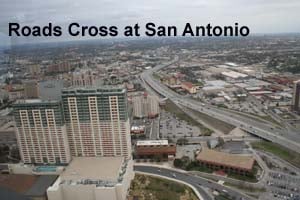 Major interstate freeways lead into San Antonio, making it a crossroads connecting the United States’ east and west coasts and the countries of Mexico and Canada.  An outer loop surrounds the city itself, but all freeways lead into the central business district. 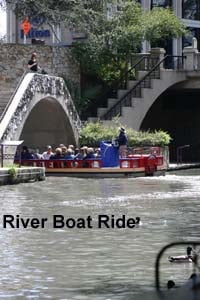 Cowboys, padres, and pioneers settled along the banks of the San Antonio River, joining the Native Americans who already made that part of the country their home.  Today the river’s winding waters, tamed by mossy-rocked walls, remain the lifeblood of the city. Stairs lead to a level below the bustling metropolis where brick and pebble pathways make up the River Walk. Passenger barges slip under stone archways and around gentle curves.  Trees, bent from years of resisting the river’s force, sway like canopies over the still waters. 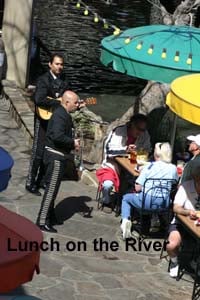 Under Texas stars, River Walk becomes more crowded and noisier.  Music and people spill from cafes with names like Coyote Ugly Saloon and Rio Cantina.  Glasses clink in a toast as lights from hi-rise hotels shimmer in the inky river water. At the Arneson River Theatre, spectators sit on grassy steps for select evenings of entertainment on a stage on the opposite side of the river. Their music clashes with singers in an Irish pub and Mexican mariachi bands serenading diners on one of the floating barges.

Over the past century, the Alamo has become synonymous with San Antonio.  Alamo…The Price of Freedom plays at the Alamo IMAX Theatre in the River Center Mall.  The Alamo, one of five frontier missions established in the 1700s approximately two and a half miles apart along the San Antonio River, is owned by the State of Texas and managed by the Daughters of the Republic of Texas. San Antonio Missions National Historical Park preserves the other four, Missions Concepcion, San Jose, San Juan, and  Espada. 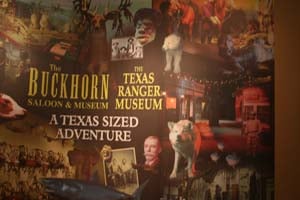 Fine art is displayed at the San Antonio Museum of Art and the McNay Art Museum. Other museums include the Steves Homestead and Guenther House in the King William Historic District, the Air Force History and Traditions Museum, and the Army Medical Museum, to name a few. 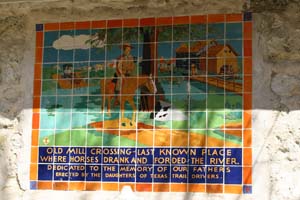 Shoppers in San Antonio choose between sophisticated stores along River Walk or El Mercado with the feel of an actual Mexican market. El Mercado has authentic Mexican food, as well as Museo Alameda. In La Villita, a 200-year-old village located on the east bank of the San Antonio River, visitors watch demonstrating craftsmen.