You are here: Home / Blog / Great Escapes: Keeney Pass Historic Site on the Oregon Trail
This post may contain affiliate links or mention our own products, please check out our disclosure policy here. 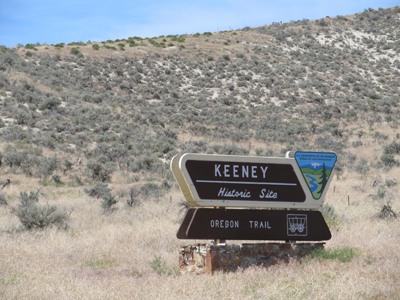 The first organized trip along the Oregon Trail left Independence, Missouri in 1842. One hundred hardy souls conquered 2,000 miles of prairie, mountains, deserts, rivers, and everything in between. They proved it could be done and opened the floodgates for many others. A year later, 900 people made the trip by wagon, and the following year 400 more. Altogether, about 300,000 people packed up their belongings and headed west between 1842 and 1869— their wagon wheels etching ruts so deep in some sections that there’s no mistaking their route. Not a lot of those wheel ruts have survived modern road building and Mother Nature, but a deeply eroded swath marked by brown posts can be seen at the Keeney Pass Interpretive Site, six miles southeast of Vale, Oregon. 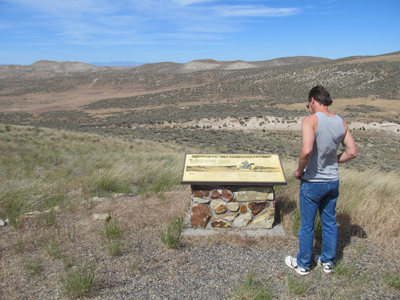 In addition to the wagon ruts at Keeney Pass, a one-third mile trail leads to an overlook of a small segment of the Oregon Trail—from the Snake River at Fort Boise to the Malheur River crossing at Vale. Although just 15 miles, this segment represents an entire day’s journey for emigrants passing this way 170 years ago. It wasn’t a particular treacherous 15 miles, but it was hot, dry, and dusty. The only water available was what they brought with them from the Snake River.

Keeney Pass was named for the pioneer trapper and trader Jonathan Keeney. In 1831, at the age of 19, Keeney left Missouri to explore the Rocky Mountains. He joined Jim Bridger of the American Fur Company and trapped and traded throughout the west. Jonathan eventually returned to Missouri, got married, and started a family. In 1846, he brought his family west, serving as a guide to the wagons that accompanied them. In the following years, Keeney was also a gold seeker and a cattle drover. In1863, he established a ferry along the Snake River just above the site were Fort Boise stood, and settled near present-day Vale, Oregon. 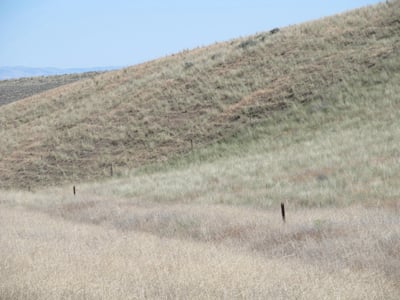 It’s hard to imagine, but the same miles we easily cover in an hour driving or pulling an RV may have taken Oregon Trail pioneers a week! Keep this in mind when you visit the Keeney Pass Interpretive Site, and you’ll gain a new appreciation for modern-day road trips. 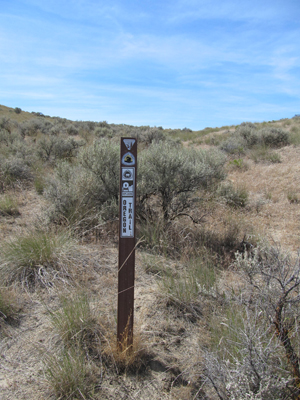 Keeney Pass Interpretive Site is FREE to visit and located 6 miles southeast of Vale, Oregon on Lytle Blvd., which is a paved county road between the tiny towns of Vale and Adrian.

Keeney Pass is day-use only; no camping. The parking area will accommodate all sizes of RVs. No water or restrooms available.