You are here: Home / Blog / The 19th Hole: PGA Championship Exhibit Unveiled at PGA Museum
This post may contain affiliate links or mention our own products, please check out our disclosure policy here.

With the fourth and final major golf tournament of the year set for next week, Aug. 9-12, a timely tribute to the 94th PGA Championship was recently unveiled at the PGA Museum in Port St. Lucie, Fla. 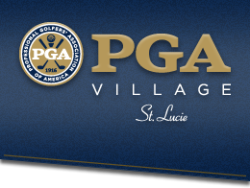 e “Season’s Final Major, Glory’s Last Shot” and features rare memorabilia, such as clothing worn in the final round by 2011 PGA Champion Keegan Bradley; a replica Wanamaker Trophy awarded to 1958 PGA Champion Dow Finsterwald; a special boot presented by 2002 PGA Champion Rich Beem to each of the past PGA Champions; and a display of the four major Championship trophies in golf, including the actual Wanamaker Trophy, which is awarded annually to the PGA

A simultaneous exhibit of rare Sam Snead memorabilia includes a timeless photo of Snead signing a war bond as a prize for winning the 1942 PGA Championship, personally autographed patented-leather golf shoes and golf balls, and “Slammin’ Sammy’s” trademark straw hat. “The PGA Museum of Golf carries a tradition of presenting one-of-a-kind memorabilia that showcases the storied history of The PGA of America and legends from the incredible drama that annually defines the PGA Championship,” said PGA President Allen Wronowski. “These rare artifacts trace the annals of golf and express why our game is so beloved by golf fans across the world.”

Additional Museum attractions include a workbench used by legendary course architect Donald Ross circa 1900; a tribute to Walter Hagen that includes his original birth certificate; a display honoring PGA member Horton Smith, winner of the first Masters in 1934; and the Probst Library, which features one of the largest periodical collections in golf, including the first known written mention of golf from the Articles of Parliament in the 16th Century.

Admission to the PGA Museum of Golf is free and open to the public. The Museum is currently open from 10 a.m.-4 p.m., Fridays-Sundays.