You are here: Home / Blog / The 19th Hole: Countdown Begins, Golf Returns to Olympic Games in 2016
This post may contain affiliate links or mention our own products, please check out our disclosure policy here.

With the Summer Olympics winding down, the countdown begins for the 2016 Games in Rio de Janeiro, Brazil when golf returns as an official sport for the first time in 112 years. Course architect Gil Hanse was recently awarded design privileges for the Rio Olympics course.

The last time a gold medal was awarded in golf was at the 1904 Summer Olympics in St. Louis, Mo. The Olympics were basically a sideshow to the Louisiana Purchase Exposition world’s fair. The golf competition was held at the prestigious Glen Echo Country Club, which opened in 1901, and is the oldest golf course west of the Mississippi River. The men’s individual competition saw Canadian George Lyon take home the gold medal with a course record final round of 77 in a torrential downpour. Additionally, entertaining but non-medal competitions were held for longest drive and a putting contest, which was held under electric lights, a novelty for the time. Chandler Egan of the U.S. took home the silver medal along with longest drive honors with 234 yards off the tee.

Golf has only been an Olympic sport in two Olympics: The 1900 Games in Paris, France and in 1904 in St. Loui 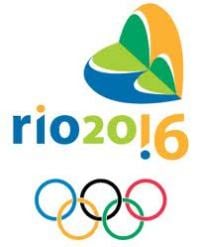 s. During those two competitions, four gold medals were awarded, with three won by the U.S. and one by Canada. Women’s individual competition was held only in 1900, with the U.S. sweeping the gold, silver, and bronze medals.

America’s first woman Olympic champion was Peggy Abbott, an art student and member of the Chicago Golf Club. She was visiting Paris in 1900 with her mother and both of them entered the international tournament that featured just 10 women. Abbott won the nine-hole event with a score of 47. Her mother finished in seventh place. The other gold medals awarded in golf went to Charles Sands who took the men’s individual match in 1900, and the U.S. men’s team, which took gold in 1904. In all, 13 medals have been award in Olympics golf competition with the U.S. winning 10 of those medals (3 gold, 3 silver, and 4 bronze).

Plans for golf as an Olympic sport were underway for the 1908 Games in London. However, due to significant infighting between the Royal and Ancient Golf Club and the Irish Union, the golf matches were cancelled. It was not until the fall of 2009 that the International Olympic Committee (IOC) reinstated golf as an Olympic sport. On August 5, 2016, the golf world will watch with 112 years of anticipation when the IOC chairman finally announces: “Let the Games Begin.”