You are here: Home / Blog / Adventures in RVing: The Year of the Spider!
This post may contain affiliate links or mention our own products, please check out our disclosure policy here. 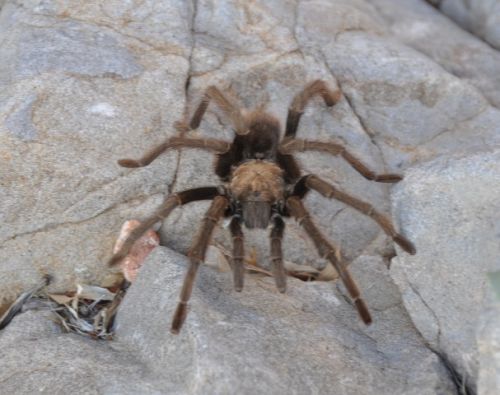 If you have followed my blog for very long, you know my wife’s and my RV adventures take place off the beaten path.  We love to explore forgotten and unique places typically not listed in the average tourist guidebook. This past year my wife and I encountered many furry eight-legged creatures during our explorations, which was not the norm for us. While some we came across while out exploring, others came to our campsite for a visit!

under the species heading of creepy crawly things. Plus we had a few of those slithering critters shake their tails at us last year, too! I predict 2014 will be a much less stressful year exploring the boonies as mustangs and burros (members of the horse family) are always a treat to encounter and don’t contain the “eek!” factor. Literally exploring the Chinese zodiac, just another adventure in RVing!