You are here: Home / Blog / Adventures in RVing: Underground Empire
This post may contain affiliate links or mention our own products, please check out our disclosure policy here. 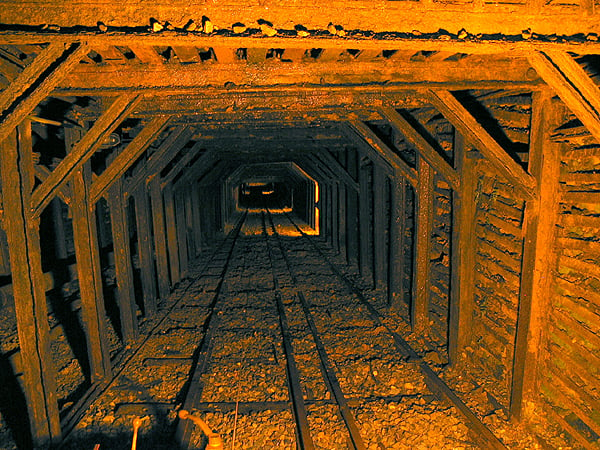 By now, those of you that have followed my travels via RV Life magazine and blog know of my love for exploring underground. It doesn’t matter if it is man-made (mines, tunnels, etc) or God made (caves, lava tubes, etc), I will crawl into it. It is a whole different world below the surface of the earth. Imagine my joy when I read about the Empire Mine developing an underground tour through a new adit being dug. The tour is scheduled to open sometime next year. “The Empire Mine is one of the oldest, largest, deepest, longest and richest gold mines in California. Between 1850 until its closure in 1956, the Empire Mine produced 5.8 million ounces of gold, extracted from 367 miles of underground passages”. You read that right, (three hundred sixty seven) miles of underground workings!  Exploring one of the largest gold mines in California, that is my kind of adventure in RVing. You know where to find me next year. With 367 miles of tunnels, I better pack extra batteries for my flashlight and a really big lunch!

To learn more about the new tunnel and coming tour click on this link. http://www.empiremine.org/adit.html

Convenient camping for visiting the Empire Mine can be found nearby at the Nevada County Fairgrounds. http://www.nevadacountyfair.com/camping/