You are here: Home / Departments / RV Industry News / Airstream Features Baseball Coach
This post may contain affiliate links or mention our own products, please check out our disclosure policy here. 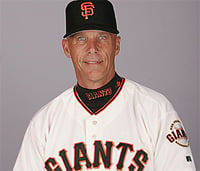 San Francisco Giants third base coach Tim Flannery, who is also a songwriter, surfer and musician with a band called The Lunatic Fringe, has become the first person featured in an Airstream video series on people who live life to the fullest. The series is part of Airstream’s Live Riveted campaign designed to create and connect a community of people who share the spirit of the Airstream experience.

Through benefit concerts, CD sales and silent auctions, Flannery has raised more than $200,000 for the family of Bryan Stow, a Giants fan who was badly injured during an attack outside Dodger Stadium on baseball opening day in 2011. Flannery’s video can be found by visiting liveriveted.org.