You are here: Home / Top Stories / Altitude’s Effects On RV Living And What You Can Do About It
This post may contain affiliate links or mention our own products, please check out our disclosure policy here.

Altitude’s effects on RV camping can be as minimal as an exploding bag of chips or as major as a cerebral edema. When you take your RV to the mountains, you can expect to deal with altitude’s effect on anything from RV appliances to electronics, food, people and even pets. 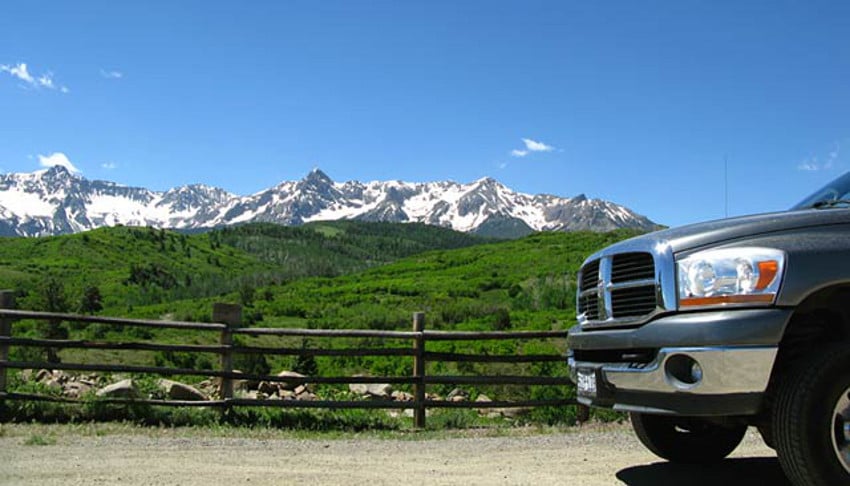 Do you suffer from altitude’s effects on RV living?

Although there is some disagreement over how badly altitude’s effects on RV trips can be, in general this is what many people experience.

Altitude’s effects on RV camping may include:

Health problems in people and pets

Your most precious cargo could suffer from altitude’s effects on RV camping. Altitude sickness is a common problem for flat-landers who go RVing in the mountains.

Anyone with heart and lung problems are more prone, but those who’ve had it once are more likely to get it again. If it`s left untreated it can lead to hospitalization. This RV Life article has helpful tips to ward off symptoms and staying healthy at high altitude camping locations. As for pets, they can show altitude sickness symptoms that include tiredness, panting, and even vomiting. 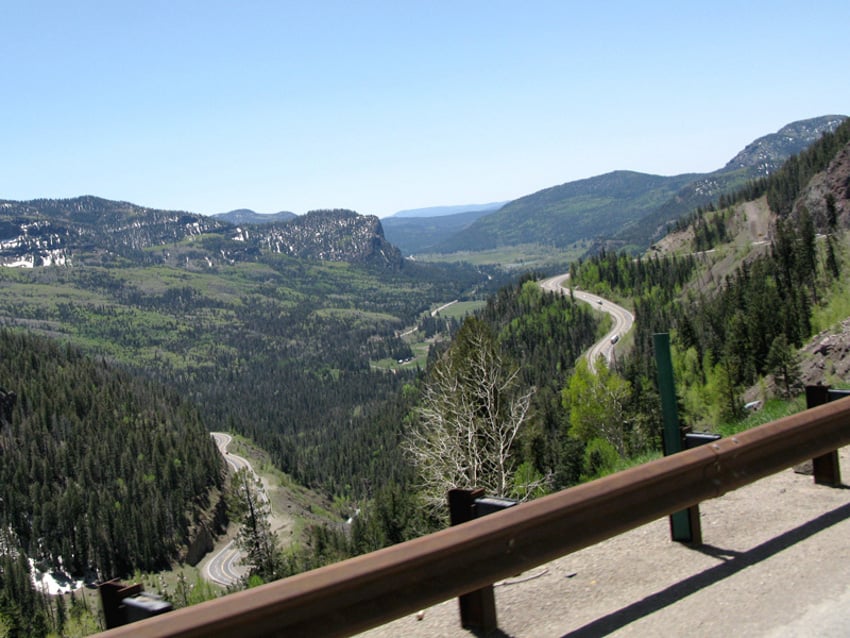 Colorado’s Wolf Creek Pass is one area where you might experience problems.

Did you know that your laptop can fail above 10,000-feet altitude? It’s true. Whether it’s a PC or Mac, laptop hard drives can potentially freeze, shut down and die when taken to high altitude destinations.

Other than Leadville, Colorado (located at 10,152-feet elevation), you won’t have this problem in the U.S. If you’re one of those overlanders traveling to South America, consider ditching your laptop. Here’s what Dell Computer says:

“Most hard drives are not designed to operate at those altitudes, and as a result, those type of failures are not covered under a typical Dell Hardware Service Contract for the system, which excludes covering equipment damaged by using it in an unsuitable physical or operating environment.”

If you take your printer on the road, that’s another electronic that can be affected by altitude. The ink cartridges inside your printer are the problem if you try to save money by purchasing remanufactured ink cartridges. These inexpensive generic substitutes are cheap for a reason as they are known to leak at high altitudes. The pricer name-brand competitors usually do not.

Join any RVing community and you’ll find a lively debate among RVers who argue over this issue. One camp says that altitude’s effects on RV camping include a sporadic operation of propane-powered refrigerators, water heaters, and other appliances. The other says that their own propane appliances have never experienced altitude issues.

A lively debate ensues when talking about altitude and RVing.

As for Appliance manufacturers’ user manuals have a disclaimer that looks something like Norcold’s:

When you operate the refrigerator on propane gas at altitudes higher than 5,500 feet above sea level:

To avoid these possible problems, Norcold recommends that you operate the refrigerator on AC when at altitudes higher than 5500 feet above sea level.

You’ll know if your RV appliances are suffering if the flame keeps blowing out when trying to ignite. Unfortunately, if you’re one of the unlucky few with appliances suffering from altitude’s effects on RV camping, there’s not much you can do except plug into shore power or get off the mountain.

Generators may also experience altitude sickness, which manifests as power loss. Again, many RVers will debate altitude’s effects on RV generators, but the issue is real for many. In fact, the Onan Generator User Manual says:

Diesel-powered generators can handle higher altitude better than gas-powered ones. However, Onan makes generators with carburetors that can be adjusted for higher altitude. You just have to remember to reset it when you descend, or you can cause serious damage to your generator.

In general, most people get along great when they head to the mountains with their RV but a few unlucky ones just don’t. However, as long as you’re aware of the potential issues that can happen when you go RVing at high altitudes, you’ll be well-prepared to deal with any that could arise.