You are here: Home / Great RVing Destinations / Must-See Snowbird Attractions In Southern Arizona
This post may contain affiliate links or mention our own products, please check out our disclosure policy here.

If you’re spending winter all cooped up in a less-than-ideal climate, get moving and point your rig to the Southwest. Hop on the interstate and head to Tucson, headquarters for dozens of the best snowbird attractions in Southern Arizona that will keep you awestruck and entertained the entire season. 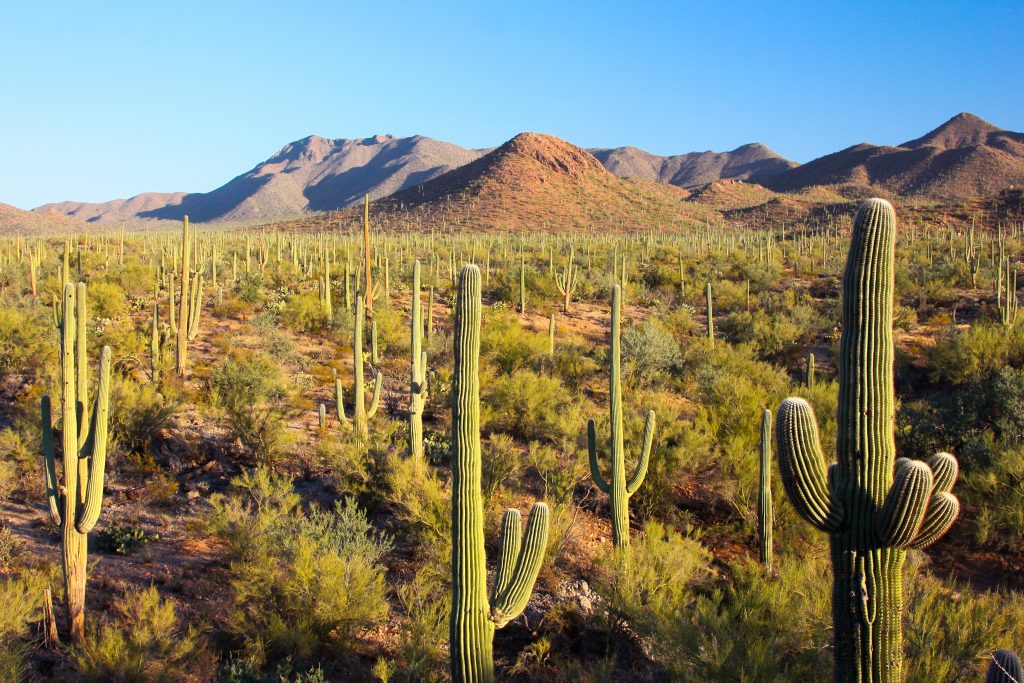 Join this iRV2 Discussion Forum topic to hear from Southern Arizona fans who share their insider’s tips to the best attractions, including: 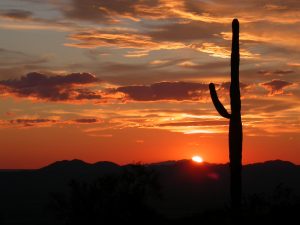 Watching the sunset in Saguaro National Park. Photo via Wikipedia.

The biggest cacti on the planet and a diverse range of desert and mountain wildlife are waiting for you at Saguaro National Park in Tucson.

To the west and east of this desert city lies a huge national park filled with rugged animal life ranging from the desert tortoise to the coyote and the Mexican owl to the Arizona mountain king snake.

The park features a epic bucket list of Tucson’s best hiking trails for every ability, traversing elevations ranging from 2,180 ft to 4,687 ft. Since the park is comprised of two districts on either side of this large city, you’ll need at least 35 minutes to get from one side to the other. The good news is your entrance fee allows you to explore both sides of the park for seven consecutive days.

Tucson’s many RV parks range from old to new. Most are packed full of snowbirds in wintertime but two spots that usually have space include: 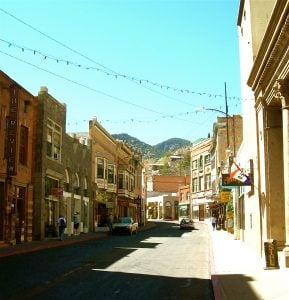 If you love Old West history you’ll want to visit Tombstone, one of the last Wild West towns in America and spot of the infamous Gunfight at the O.K. Corral. 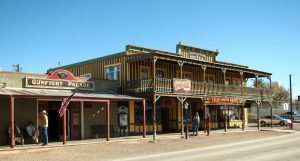 Founded in 1879 when silver ore was discovered nearby, Tombstone was the former home of Doc Holladay, Wyatt Earp, and dozens of other Old West legends who inhabited the “Wickedest Town in the West.”

Begin at the free tour of Boothill Graveyard, then step back into history with Bisbee Walking Tours. No day in Tombstone is complete without a visit to the Bird Cage Theater, which in 1882 the New York Times dubbed as “the wildest, wickedest night spot between Basin Street and the Barbary Coast.”

Tombstone has a whopping four RV parks to choose from in the vicinity, including:

If you have your own Southern Arizona favorites, be sure to stop by the iRV2 Forums and chime in with your insider tips!