You are here: Home / Blog / Avenue of the Giants Driving Tour
This post may contain affiliate links or mention our own products, please check out our disclosure policy here. 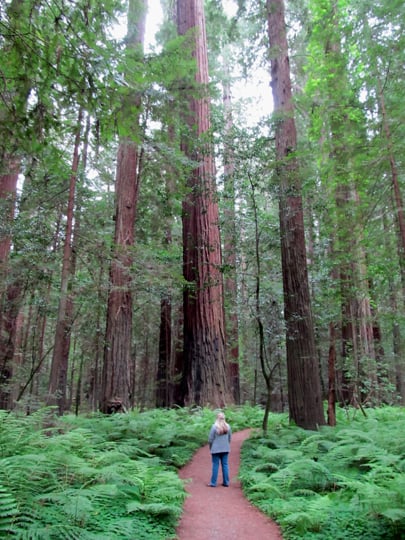 When you think of tall trees in California, perhaps the old-growth found in Redwood National Park comes to mind. While the scenery there is pretty stately, there’s a 31-mile route that’s even better and generally less crowded. To experience the most magnificent redwood groves, don’t miss the Avenue of the Giants, also known as State Route 254. This driving tour 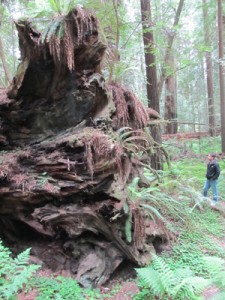 parallels Highway 101 and winds its way through 53,000 acre Humboldt Redwoods State Park. Originally built as a stagecoach and wagon road in the 1880s, today the Avenue of the Giants runs roughly between the towns of Pepperwood and Phillipsville. You’ll find informative roadside signs, campgrounds, day use areas, a visitor center, and other services along the way. 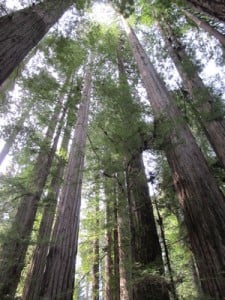 Coast Redwoods (Sequoia sempervirens) have a natural ability to withstand fires, floods, and insects, so many of the larger trees you’ll see are 800 to 1500 years old. Some are 360 feet in height and are considered the tallest living things on earth. The park’s Rockefeller Forest (named for John D. Rockefellwer who donated $2 million dollars to save the trees) is one of the largest remaining ancient redwood forests on earth. This majestic 10,000-acre forest is just one area of the 17,000 acres of old growth found in Humboldt Redwoods State Park. Groves are named to honor individuals or groups that made donations to protect these magnificent trees. Along with Rockefeller, Franklin Lane (Secretary of the Interior under President Wilson), and Harry Chandler (newspaper publisher and real estate developer) were huge supporters, as is the Save-the-Redwoods League today.

Be sure to stop at the Drury/Chaney Grove as it’s considered one of the nicest nature trails in the park. The shady 2.5 mile loop is a great place to take a fern-filled stroll beneath the impressive giants. It’s especially cool on a hot summer day! Redwood sorrel (oxalis), ferns, and huckleberry carpet the forest floor, but also watch for poison oak. You’ll likely see a banana slug or two but not many birds. It’s eerily quiet along most of the park’s trails, providing an undistracted opportunity to appreciate the ancient towering trees. 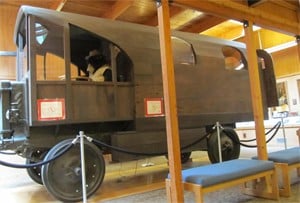 For a look at what might be the world’s first RV, stop at the Visitor Center. On display is Charles Kellogg’s Travel Log, which was hand hewn from a fallen chunk of a redwood and mounted on a Nash Quad truck. From 1917-1921, Kellogg drove his Travel Log throughout the USA educating people he met about these special trees and the need for preservation. Also in the Visitor Center you’ll see a casting of a Bigfoot footprint (several sightings have been reported in the area), old photos, relics, and much more. 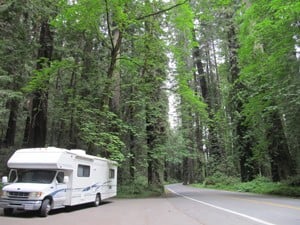