You are here: Home / RV Lifestyle / Get High And Avoid Altitude Sickness When RVing
This post may contain affiliate links or mention our own products, please check out our disclosure policy here.

For many RVers, a “Rocky Mountain High” is that unpleasant feeling when nausea, headache, and fatigue happens the day they begin a mountain vacation.

Altitude sickness (also known as Acute Mountain Sickness or AMS) is an issue that most RVers will encounter in their travels, but thankfully there are easy ways to prevent and deal with it. 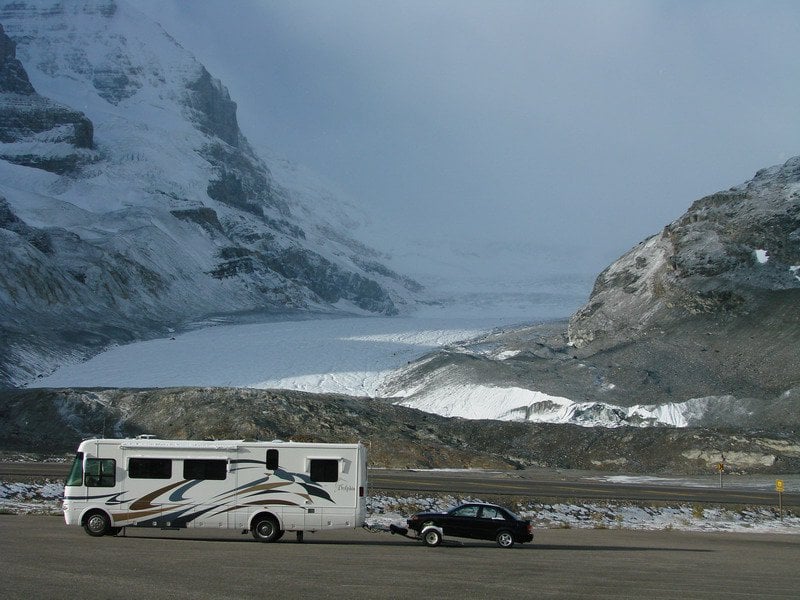 Who gets altitude sickness?

You don’t have to be a mountain climber tackling Mount Everest in order to get sick from AMS. Young or old, healthy or not, anyone can be affected when traveling up from sea level, especially if they aren’t used to mountains.

AMS is more likely to happen at elevations over 8,000 feet but you can be affected by it anywhere above sea level if you’re not used to mountains. Although persons with heart and lung problems are far more susceptible to the illness, if you’ve had it once you are likely to get it again. And if you don’t treat it, you may end up spending your RV vacation in the emergency room so it’s wise to know prevention strategies.

The faster you climb in elevation the more prone you are to getting AMS. If you’re going to a high altitude location like Rocky Mountain National Park in Colorado, you’ll want to head up there slowly especially if you’ve never been above 4,000 feet elevation.

AMS generally sets in anywhere from one half to one day after arriving at a high altitude, so plan to spend at least a day in RV parks at lower elevations near your mountain destination, like Loveland Colorado, which is a much lower elevation and about an hour from the park entrance. Experts advise ascending about 1,000 feet a day to avoid AMS.

When you’re acclimating to a higher altitude, you’ll also want to:

Next, watch for AMS symptoms.

Signs of mild AMS include headaches, loss of appetite, nausea, and insomnia. Typically these problems subside, but if they become severe you could be at at risk of life threatening cerebral or pulmonary edema. Signs of extreme AMS include:

If you suspect extreme AMS, get off the mountain quickly and seek medical attention from a local health facility.