You are here: Home / Blog / Learn How these New Rules of Golf Will Help you on the Green
This post may contain affiliate links or mention our own products, please check out our disclosure policy here. 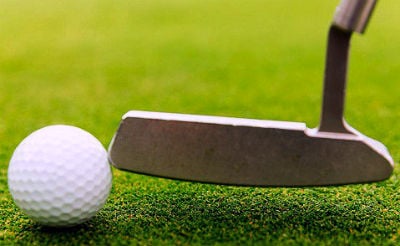 The new rules are also supported by all major tours.

There are a lot of rules of golf to understand. Now, there is one more. But, if you golf in a windy part of the country, you’ll appreciate this new local rule that is now in effect.

The United States Golf Association (USGA), in conjunction with the Royal & Ancient Golf Club of St. Andrews (R&A), has introduced a new local rule that eliminates the penalty when there is accidental movement of a ball on the putting green. Prior to the change (and with the recent rules of golf updated), this regulation was often in question – most notably during the 2016 U.S. Open.

For instance, on the 5th hole Dustin Johnson was about to putt before backing away from his ball. He noticed the ball had then moved. As a result, he immediately alerted a rules official.  Johnson did not contribute to the ball’s movement, yet officials went on to warrant him a one-stroke penalty.

Here are a few examples of these new rules of golf. It applies when:

These New Rules of Golf are in Play

“This change is a good example of the type of rules modernization changes we hope to implement after completing our fundamental review of all the rules,” according to Thomas Pagel, USGA senior director, Rules of Golf and Amateur Status. “We are looking for ways to improve the rules by making them easier to understand and apply.”

Most noteworthy, both the USGA and R&A rules committees agreed that these rules of golf needed to be changed. It’s on the basis that it’s important to act now (through a local rule) rather than wait for the next overall set of revisions to the Rules of Golf, which won’t be conducted until 2020. Pagel also says the rule is a welcome regulation by all major tours and is now in place (as of Jan. 1, 2017). Also, keep a watchful eye for updates regarding this new mandate on the USGA’s rules of golf mobile app.