You are here: Home / Top Stories / What You Need To Know About The Dangers Of Rattlesnakes
This post may contain affiliate links or mention our own products, please check out our disclosure policy here.

Rattlesnakes are a common reptile in the wild and they can be deadly when they strike. In June 2016, a short hike to a local lake turned tragic when a 71-year-old man was killed following a sudden bite from a venomous rattlesnake in the Santee National Wildlife Refuge near Columbia, South Carolina. 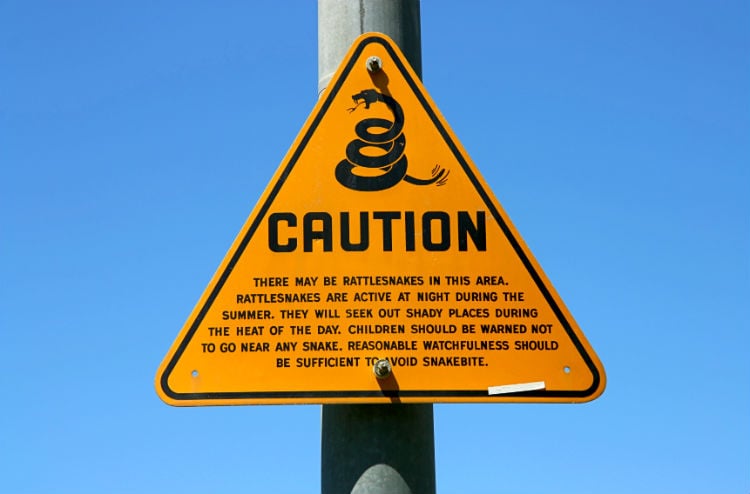 Rattlesnakes are known to usually avoid people and human attacks are rare where they inhabit. But they can happen.

According to The Herald, Conservationist Wayne Grooms was hiking with a friend when he was struck by the rattler in his lower left leg. Grooms eventually collapsed and died a mere 15 minutes after the bite, reports the Clarendon County Coroner’s office. 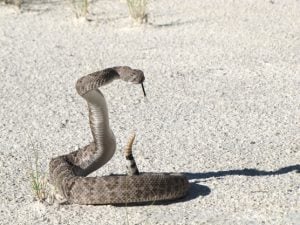 While not all rattlers are venomous, this Western Diamond Back at White Sands National Monument is. Photo courtesy NPS.

While rattlesnakes inhabit various regions in the Southwest, they can also be found in the many winter snowbird destinations in the Southeast, as well as the Northwest and other parts of the country in the warmer months. When visiting a new, unfamiliar area in your RV it’s vital to know if you are in fact in rattlesnake country.

Although rattlesnakes are known to usually avoid people and human attacks are rare, they do happen.  If you see or hear the bone-chilling sound of a rattlesnake, avoid it completely and clear the area immediately.

In another instance, from a report in the Pittsburgh Post-Gazette, Russell E. Davis was camping in Beaver County, Pennsylvania in July 2015. He was bitten by a rattlesnake while putting wood on a campfire. 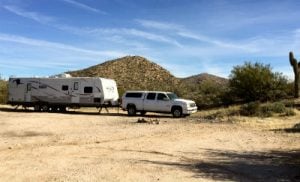 After alerting his girlfriend, they drove to the hospital when Davis began experiencing severe breathing problems.

When they stopped at a local business for help, an ambulance arrived shortly after and paramedics began CPR. Davis died a short time later of a full cardiac arrest, before arriving by air to a Pittsburgh hospital.

While some bites can be fatal—depending on the species—many are not. According to the U.S. Food and Drug Administration, approximately 8,000 people encounter venomous snake bites every year, with 10 to 15 attacks resulting in death.

In fact, Kirsten Macintyre, Communications Manager for the California Department of Fish and Wildlife, explains 25 percent of rattlesnake bites are dry, meaning no venom injects into the human body.

Be aware of the bite from rattlesnakes.

If you do experience a bite, the U.S Forest Service recommends to: 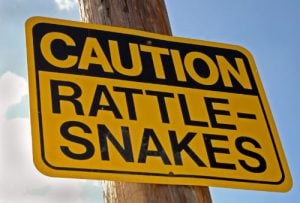 Rattlesnakes are not only in the wild. In September 2014, a 91-year-old man was struck by a rattlesnake while outside of a grocery store in Quartzsite, Arizona. The Havasu News reports he was walking into the building and was bit by an adult Western Diamondback, just above his ankle. The man immediately went to the local hospital where he responded well to treatment.

As many RVers head to winter snowbird destinations in the Southwest or Southeast, they should be aware if rattlesnakes inhabit the area. If they do, The California Department of Fish and Wildlife recommends:

“Rattlesnakes are generally not aggressive unless threatened or provoked, ” Macintyre told RV Life.  “When they have enough room, they will retreat.”

Know the dangers of rattlesnakes

Nonetheless, in the event of a bite, which can happen in mere seconds, the symptoms of the venom develop soon after.

“The impact of venom depends on a number of factors, including the size of the person and their heart rate,” says Macintyre. “Symptoms of a severe bite are extreme pain and swelling at the location of the bite, excessive bleeding, nausea, diarrhea, swelling in the mouth and throat, making it difficult to breathe. Light headiness, lightheadedness, collapsing and/or shock are other symptoms.”

While there are several species of deadly rattlesnakes (as well as other poisonous snakes) throughout various regions of U.S., if you think you have a rattlesnake bite, play it safe and seek medical treatment right away, regardless of your location.