You are here: Home / Blog / Benefits of Shaking Up Your Full-Timer Routines
This post may contain affiliate links or mention our own products, please check out our disclosure policy here.

Like most things in life, full-time RVing has its own set of routines. Long before you turn the key and hit the road, you figure out an established set of processes that make your mobile lifestyle work for you. All full-timers have different routines of course, and for Jim and I, our routine is that he’s the pilot and I’m the navigator. 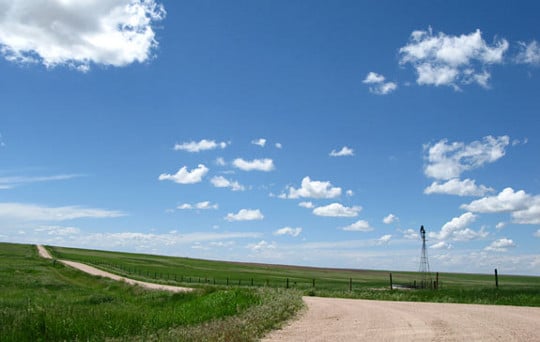 When we’re on the highway, we find that it’s best if he steers our ship and I tell him where to go. I’m as feminist as they come but sharing driving duties is not my idea of fun. I’m a terrible driver and I’d much rather knit, stare out the window, or snooze. And Jim would rather do anything but that. So we agreed long ago that he would do what he’s best at doing and I would do what I’m best at doing.

Whenever people ask us how we decide where we’ll travel, his comeback is “I just drive.” I never realized how true that statement is until recently when we took a vandwelling road trip in a rented mini van. 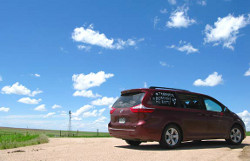 Since our vehicle of choice was a standard soccer mom van, I knew I could handle driving that beast. Between Colorado and Virginia, then back again, we shared the driving. We were surprised to learn that splitting up the driving chore had many bonuses.

We could cover far more distance than if only Jim was driving.

One person could drive while the other one tried to get some work done.

When we were west of the Mississippi, shared driving duties was easy. Along the wide open roads of the west, we had plenty of room for error when it came to maneuvering through traffic, flipping u-turns and avoiding near-misses. But once we crossed the Mighty Mo, all bets were off.

As we flung ourselves into the madness of east coast roads, we suddenly became less tolerant of each others’ driving faults. Wrong way turns led to emotional meltdowns, sudden stops at intersections were cause for panic attacks and every maneuver was nitpicked and scrutinized. In short, we bickered for 5500 miles! 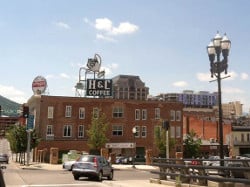 One morning after getting on the wrong highway in Alabama, I realized why shared driving duties was so difficult for us. Through the years, Jim has put all his faith into my navigation skills. He rarely questions where we’re going or why a trip that was supposed to take three hours took six. He never minds if we get lost because he has no idea where we’re headed! Bickering sessions avoided.

But when I had my hands on the wheel, I found it difficult to surrender my role as primary navigator and “just drive” as he does. I was always bad at taking direction in school, and I found I’m the same way when I’m on the road. I was uncomfortable taking his word that we were headed in the right direction and I kept double-checking his navigation, which irritated him more and more with each new day. Giving up control over our destination was very uncomfortable for me but we made our peace and managed to make it back to Colorado alive.

Looking back I now realize that the best thing you can do for your full-time RVing lifestyle is to shake up your routine. Switching roles isn’t just good for the road, it’s good for your relationship. Seeing daily full-timing duties from the perspective of your partner teaches patience and appreciation for how much the other person does to help you both live your full-time RVing dream.