You are here: Home / Top Stories / Breeze Into One of the Best Live Music Venues in Texas
This post may contain affiliate links or mention our own products, please check out our disclosure policy here. 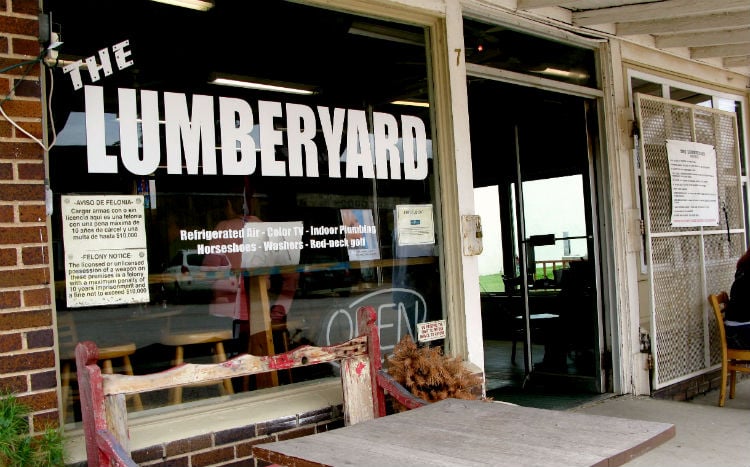 A small farm town in the middle of nowhere seems like an unlikely spot for one of the best live music venues in Texas. But over the last ten years, winds of change have transformed the tiny community of Roscoe into a great place to stop for big name entertainment, barbecue and unforgettable Americana lore.

If you’ve ever driven across West Texas you probably had one thing on your mind: to get across as quickly as possible. Those gusty winds from El Paso to Dallas can toss RVs around like a tumbleweed. But before you get too wrapped up cursing those forces that blow your rig to and fro, take a break for some music and fun by exiting Interstate 20 at Roscoe, located about 1 hour west of Abilene. 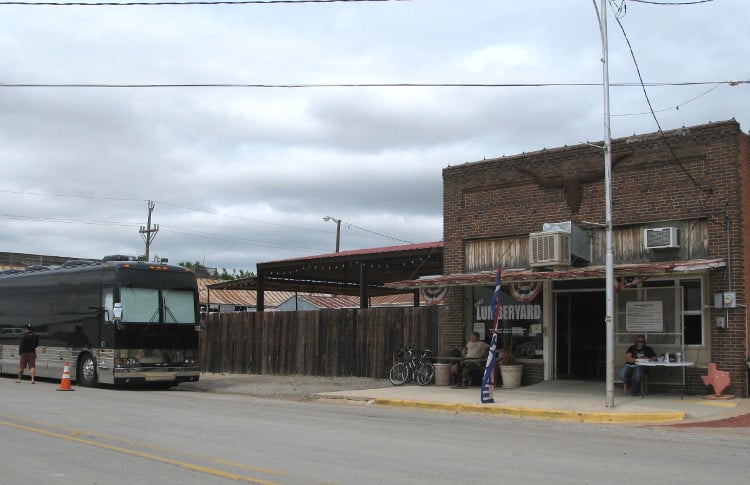 The centerpiece of your Roscoe detour is The Lumberyard, one of the best live music venues in Texas. Founded in 2010 by Roscoe’s city manager Cody Thompson, the town’s former building supply store is now a regular stop for big name entertainers in country music, like Robert Earle Keene, the Mavericks, Tanya Tucker, Travis Tritt and more. With two stages, picnic-style seating, the Lumberyard is one of the best laid-back places in Texas to celebrate live music without the hassle of seeing bands in larger cities.

Roscoe has what you want for a great night of entertainment and convenient RV parking too. You won’t even need to worry about a designated driver for the night. The Stone Tower RV Park is an easy five-minute stroll away from the Lumberyard and downtown Roscoe. This RV campground has creature comforts like full-hookups and laundry. If your fridge is empty, Roscoe’s family-run restaurants are waiting with Texas barbecue, Mexican food and more. There’s also a couple of cute gift shops for souvenirs. 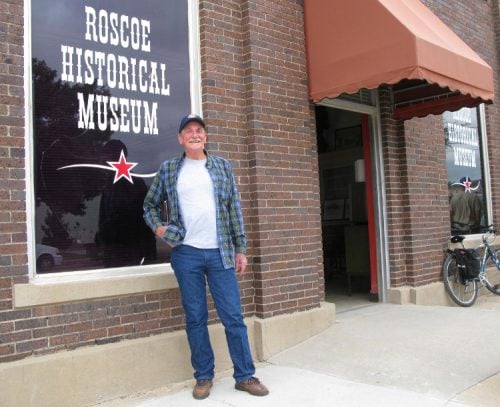 Edwin Duncan, the tireless publisher of The Roscoe Hard Times.

Once you settle in, you might think there’s nothing too remarkable about this community. Once you connect the dots between the windmills on the horizon and the town’s stunning school that rivals competitors in the wealthier Texas suburbs you’ll see why Roscoe is so interesting. Across the street from the Lumberyard at the Roscoe Historical Museum, is the town’s number one community advocate and tireless publisher of The Roscoe Hard Times, Edwin Duncan.

The Windy Miracle of Roscoe, Texas

“This town was really in bad shape until we got the wind farm,” says Duncan. That’s because when Interstate 20 bypassed Roscoe, everything dried up. Back then nobody could have guessed that the wind everyone always cursed would serve them so well. But about 10 years ago, wind power companies discovered the region’s plentiful natural resource.

Executives approached Roscoe citizens with promises of economic revival – if land owners allowed them to create what was then the world’s largest wind farm. Some locals grumbled at first, but today everyone is glad those silent moneymakers arrived in Nolan County.

“Now we have one of the best schools in the state,” says Duncan. Roscoe Collegiate School District’s Class of 2016 proves he’s not exaggerating: out of 26 seniors, 24 graduated with their Associate’s Degree in hand, allowing them to transfer to a four-year university in the fall. Additionally, the school’s robotics building program has one of the premiere teams in Texas. 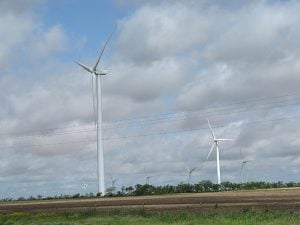 The wind farm in Roscoe.

Roscoe’s kids are getting a high-tech education that rivals big city schools. This fall, a Houston drone company will instruct students in drone building technology in exchange for office space in an unused school building. Other technology sector investments are evident, like collegiate-style athletic fields and state-of-the-art classrooms. Small town successes like Roscoe’s are one reason that RVing is so much fun. Sometimes the most ordinary places have such remarkable stories. Throw in a convenient RV park next to one of the best concert venues in Texas and you have a detour that makes you forget about that dreaded wind on the interstate.