You are here: Home / RV Trailers and Motorhomes / Meet the boler Fiberglass Trailer
This post may contain affiliate links or mention our own products, please check out our disclosure policy here.

by Rene Agredano
November 5, 2015Filed under: 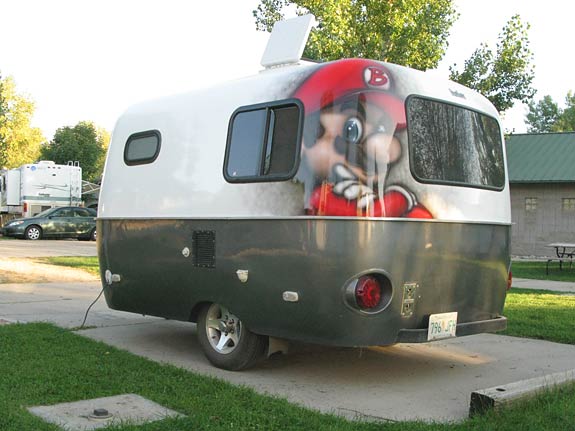 This sleek little egg on wheels was spotted recently in Fort Collins, Colorado. With a custom “Super Mario” mural on the side, here’s what makes the vintage boler fiberglass trailer such a cool piece of RVing history. 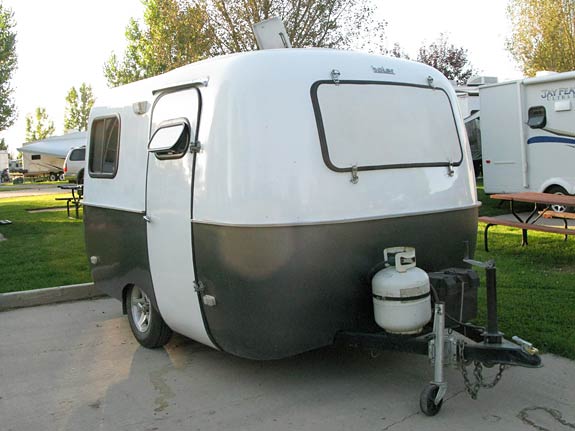 The boler Fiberglass Trailer: the Pride of Winnepeg

Easy to tow with just about any vehicle and perfectly representative of the 1960s space age, the vintage boler fiberglass trailer has cult following of fans who enjoy the process of restoring these antique RVs to their former glory.

In the late 1960s, Olecko was a car salesman and weekend inventor in Winnipeg who was intrigued with a new building material called “fiberglass.” After testing the material by inventing a fiberglass septic tank that was far easier to transport than standard concrete units, in a classic light bulb moment he envisioned a family camper made of the same lightweight, easily portable material. He carried this design around in his head until it finally came to fruition when a fiberglass mold maker created one for him in 1968.

As he tried to decide on a name for the trailer, Olecko thought it resembled a boler hat and the name ‘boler’ stuck.

But building with fiberglass ended up costing more than standard aluminum trailers. Once Olecko took his new boler trailer around to potential dealers, he quickly discovered they were put off by the higher than normal price of a family cammper. According to the fan website bolerama:

Initially, he met with dealer resistance, as the Boler price of $1400 was thought to be high at a time when you could still buy an aluminum trailer for $895 (1968). When he simply picked up the hitch and pulled the trailer across the parking lot by himself, dealers were quickly convinced that a lightweight trailer would be popular with the owners of the newer breed of smaller cars that were coming in to vogue at the time, and from that time on, the trailers sold easily. 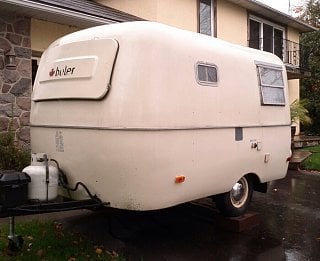 The boler trailer was the pride of Winnepeg from 1968 to 1988. “Production continued in Canada to at least 1978, so a very rough estimate for total Canadian output MIGHT be 7000-10,000 units,” says bolerama contributor Jamie McColl.

Today boler fiberglass trailer enthusiasts gather all over the Internet to discuss their boler adventures.

Visit the Fiberglass RV Discussion Forum and you’ll find no less than 44 pages of Boler-related discussions from owners who have hands-on experience renovating these classic “egg on wheels” RVs.