You are here: Home / Blog / Broadway Nights
This post may contain affiliate links or mention our own products, please check out our disclosure policy here. 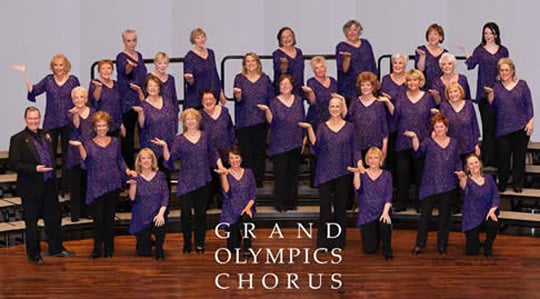 See, I told you Sequim was an active community! Telling you about this is just another opportunity to remind you to enjoy local entertainment in the communities through which you travel.

Saturday night last I attended the Broadway Nights performance at the Sequim High School Auditorium. The $15 ticket is important because I have a tendency to get lazy during the last half of an afternoon and a couple of times, since it was free, I have just decided I wouldn’t bother to go out. Shame on me. If you buy a ticket ahead of time, chances are you will not waste it. 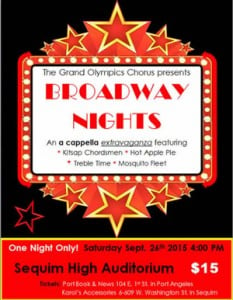 I was very glad I had that ticket. Even though I have only been here three months, I recognized a few faces. The reason for that is that if you see volunteers in one place, you very likely will see them again and again. Case in point, one fellow was ushering. I recognized him because he served drinks to me at the Oktoberfest last week. One of the ladies in the chorus led the Luau dancers a month ago. Another sold me a ticket for this production at the Senior Center a while back. What fun to finally recognize faces.

This production of Broadway Nights was lively. The show began with two easy chairs on stage with a father and daughter watching TV, playing a guessing game about Broadway productions (they were the comic relief and very entertaining on their own) leading into segments of incredible entertainment. The Grand Olympics Chorus had us from “Lullaby of Broadway” to my favorite, “Wandrin’ Star,” to “Sunrise, Sunset.” Keep in mind that the performers were not just singing (in the rain) but dancing on those risers and that ain’t easy. In “Wandrin’ Star,” they featured a soloist that sang with a voice that was so low it was two floors below us. A female quartet, Treble Time, and a male quartet, Mosquito Fleet played in between the Chorus singers.

During a break, I talked with a couple who were, guess what, travelers. They were visiting Sequim from Colorado and went on the Internet to see what was happening locally and discovered this production of Broadway Nights. They were not disappointed. The Grand Olympics Chorus is part of the Sweet Adelines International and The Kitsap Chordsmen are members of the Barbershop Harmony Society. 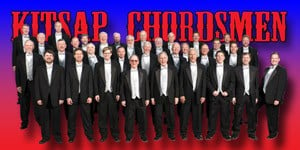 The second half of the program featured The Kitsap Chordsmen plus four quartets that were a mix of men and women and again, totally entertaining with songs from the 1920s and 1950s, including one that always brings tears to my eyes, “It’s a Wonderful World.” The Music Director for all the male and female singers was Mike Menefee who seemed to be everywhere. Mike also produced the daughter that was on stage playing the TV game with Chuck Roegiers. Chuck, a big bear of a man, seemed to be everywhere with comic relief and voice.

As always, it takes a Production Team for publicity, lighting, sound, props, sales, and the list goes on, to make all of this work. It takes choreographers to make the production interesting and done in such a way that no one falls off the stage to become a wind chime of broken bones. On the very top of everything is the practicing it requires to even think of putting on a production like this. And, they don’t do just this one program a year; they entertain in other places and take part in various competitions.

It isn’t all dancing and singing. I noticed their hand movements and bodies and smiles. They were moving all the time, but entertaining you, not distracting you (A long ways from the Senior High Chorus back in the dark ages where we were required to wear robes and STAND STILL). They were mesmerizing with going from soft to loud to everything in between. I don’t have to put anything in about the band that accompanied them because as you know, all this singing was a cappella. Would I go again? In a heartbeat! God Bless until next week.