You are here: Home / Top Stories / Campground Crime: Are Creeps Coming to Your Campout?
This post may contain affiliate links or mention our own products, please check out our disclosure policy here.

From break-ins to shootings to RV park bomb scares, almost every day another campground crime story garners headlines. At first glance one might conclude that criminals are rampant in the great outdoors. Ask other RVers about their campground crime experiences and new insights are likely to occur. 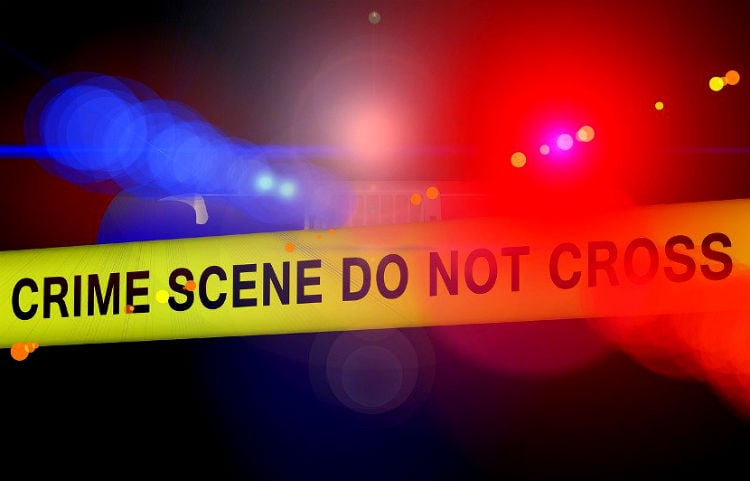 Is campground crime on the rise? Image: Geralt, Pixabay.com

While camping gets people back to nature, it seems that even good campgrounds are ground zero for violent, illicit activity. The national campground crime blotter looked like this during summer:

As reported in the Napa Valley Register, a couple goes camping near Napa at Lake Berryessa. At about 1:30 am they awake to the sound of smashing glass. They later learned what happened: their brand new smart car was demolished by campground thugs.

The Independent Mail reported that two men carjacked a camper’s pickup truck at gunpoint and stole his cell phone. The man wasn’t even done setting up his campsite when the crime occurred.

Also, Canadians aren’t immune to crime in the outdoors either. An armed camper barricaded himself inside his trailer at a campground in Ontario’s Bay of Quinte region. The Quinte News learned the Ontario SWAT team rushed to the campground, broke into the trailer and disarmed the potential shooter.

According to www.wifr.com, a group of courageous campers in Rockton, IL. stopped a shooter at a campground by tackling him and grabbing his gun. The alleged gunman began firing when a site fee collector asked for money.

At a Salisbury, MA, campground the Eagle Tribune reported a drunk man assaulted a female RVer. According to news reports, the woman was in her trailer when a stranger barged inside without permission. Reporters say he “told her that he found her attractive and then asked if she had any cocaine. The victim told him to leave several times but he refused.”

How Many RVers are Really Crime Victims?

The list of campground crimes goes on into infinity. In an age of instantaneous reporting, acts of violence are reported almost as quickly as they occur. However, when RVers examine camping crime in community settings like the iRV2 Discussion Forums, the vast majority of respondents say they have never been a campground crime victim.

Just curious? Has anyone experienced a face to face robbery, late night break-in ( while in residence), or any major crime, personally, while RVing . . . Have you been mugged, robbed, broken into while in your MH?” — jamesvinton

Out of 51 responses for this discussion, only two people stated they were directly touched by crime while RVing. One couple was “indirectly” held up for $40 at a gas station. The other almost happened in an Oregon campground:

Late that night after going to sleep the dog started to growl and awoke my wife. She raised the blind and saw someone attempting to steal gas from our rig. She yelled loudly for me to get my gun and the thief jumped in a car and took off. — bdpreece

Furthermore, in both cases, nobody was physically harmed. A random iRV2 Forums search for “Campground and RV Park Crime” reveals many more similar discussions with little anecdotal evidence that campers are increasingly at risk in the great outdoors. What these conversations also reveal are RVers who know how to balance crime prevention strategies while still having fun RVing. Here’s how one camper plays it safe:

“I lock my bikes (expensive) and put away valuables (to include tools, electronic gadgets, and my favorite insulated beverage container). I do have locks on my tow bar and Jeep gas cap (need to get locking caps for the coach). — JFNM

If You See Something, Call Authorities

Additionally, removing temptations from your campsite when you’re away from the RV is a must. In addition, crime experts say it’s equally urgent to remain vigilant wherever you roam. Among other crime reporting recommendations the U.S. Department of Homeland Security says if you see anything suspicious, call authorities and provide:

In an upcoming post watch for crime prevention tips from the experts and other RVers.

Have you ever been a victim of campground crime? Let us know in the comments area below.