You are here: Home / Blog / Celebrating a Centennial
This post may contain affiliate links or mention our own products, please check out our disclosure policy here. 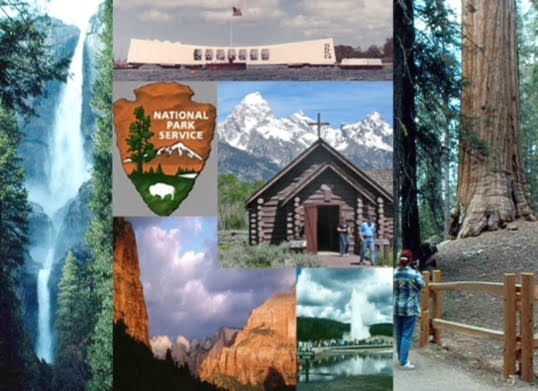 In addition to the 59 National Parks, there are monuments, memorials, military and historic parks and cemeteries, parkways, recreation areas, seashores, river ways, scenic trails, reserves, and preserves. Natural beauty, unique geology, ecosystems, and even recreational opportunities determine which division a park is placed under.  Some National Parks are paired with National Preserves, including six out of eight National Parks in Alaska. 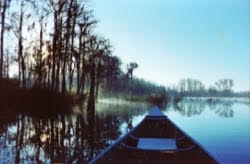 Occasionally, National Parks change status such as Mackinac Island in Michigan. It was deemed Mackinac National Park in 1875, but returned to the State of Michigan in 1890.

Years ago, it was truly remarkable to view your immediate world from what seemed like the top of the world, looking out over magnificent and beautiful landscapes by simply parking your car or RV on a mountaintop.  Nowadays, with the advancement of the internet, you don’t actually have to be there to admire nature’s creations. Webcams capture the road so that you see what a driver sees and these days, via the same runaway technology, you could also view it from a flight of a drone. Having said that, there is no substitute for standing in the breeze and being at one with Mother Nature. 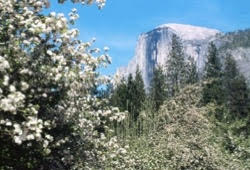 Parented by the Department of the Interior, the National Park Service is based in in Washington, D.C. and employs 21,000 people. However, the service also depends on thousands of volunteers who help keep the parks operating on a daily basis.  We as RVers, who come from all walks of life and professions, are among that vast and treasured number.

There was a favorite story among volunteers floating around Colorado one summer.  As a fellow volunteer swabbed toilets, he remarked, “I used to own a railroad.  Now I’m swabbing toilets as a volunteer.”  God Bless all volunteers. 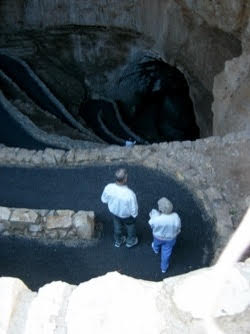 People have asked me how I determined what direction to go when I was RVing. With a daughter in Idaho (at one time) and another in Virginia, I generally visited them once a year, with somewhat convoluted zigs and zags that included exploring 47 of the 59 National Parks.

For example, a friend and I drove three hours up dark switchbacks, blind turns, and along steep drop-offs to almost 10,000 feet above sea level in Maui’s Haleakala National Park. Once completed, the view was stunning as we admired an incredible sunrise at dawn.

Mauna Loa and Kilauea volcanoes were originally part of this park in 1916 but are now registered under Hawaii Volcanoes National Park on the Island of Hawaii.

The 26,000-acre Pinnacles National Park ­ – an ancient volcanic field – was named a national monument in 1908. In 2013, President Barack H. Obama upgraded it to our newest national park. It is now California’s smallest national park out of nine.

Twenty-seven states are honored with national parks, as are the territories of American Samoa and the United States Virgin Islands.  If you want to rub shoulders with nearly ten million visitors, you could go to North Carolina or Tennessee to visit Great Smoky Mountains National Park, while Arizona’s Grand Canyon National Park attracts approximately five million. A little quieter trip can be found driving along the north rim with its distinctive environment, not to mention its higher elevation of 1,000 feet, offering even more of a stunning view.

Fewer than 13,000 people visit the remote Gates of the Arctic National Park in Alaska. I haven’t actually been in the park because there are no roads leading into it. However, when I drove the Dalton Highway to Prudhoe Bay, I paralleled the park.  Trust me, it is remote.  It became a National Park (and Preserve) in 1980.  Denali is another great alternative but Wrangell-St. Elias will shiver your timbers.

Fourteen of our national parks are designated World Heritage Sites, such as Montana’s Glacier National Park that shares the border with Canada’s Waterton Lakes National Park. Together, they are also considered International Peace Parks and Biosphere Reserves. When I wrote a column on the parks in 2009, all of Waterton Lake glaciers were already gone and we had only 27 glaciers.  As of 2010, we had 25.  Scientists believe that the largest glaciers may vanish by 2030.

On that same note, let’s visit Washington’s Olympic National Park. In 1938, President Franklin D. Roosevelt signed it into existence and would also eventually become an International Biosphere Reserve and World Heritage Park. Mt. Olympus, a mountain range that is nearly circular, contoured by 13 rivers that radiate away from it like the spokes of a wheel, includes The Blue Glacier to the north that is also retreating at a fast rate. If you are as fascinated with this as I am visit the National Park Service Glaciers and Climate Change website at www.nps.gov/olym/learn/nature/glaciers.htm to see comparisons from the past.

If you want a change of scenery, visit Florida’s Everglades National Park, which is also a WHS, IBR, and a “Wetland of International Importance.” 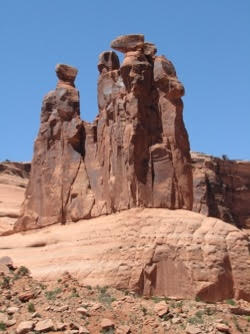 National Parks allow us to paddle, bike, hike and drive into fascinating places. However, be aware of where you are. Wildlife sightings on land or water are often fascinating but be very alert about the possible presence of more aggressive animals. Simply use common sense.

No matter what park you visit, never miss the ranger talks. The North Cascade National Park ranger enlightened us about red tree voles.

“Some creatures live their entire lives in the treetops and the only way they escape ‘doing lunch’ with their natural enemy, the spotted owl, is by folding into themselves and making a suicide drop out of sight,” he explained. 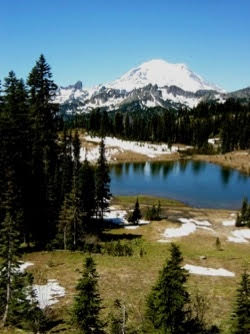 Don’t forget about the caves such as Mammoth Cave in Kentucky. Then there`s Sequoia, Yosemite, Rocky Mountain, Canyonlands, Badlands, Grand Tetons, Big Bend…the list goes on and there’s so much to see and do in our great National Parks.