You are here: Home / Blog / The Etiquette Of Not Parking Too Close
This post may contain affiliate links or mention our own products, please check out our disclosure policy here.

by Dave Helgeson
April 4, 2018April 4, 2019Filed under:
Table of Contents show
See also: How A Helicopter Found Us Boondocking In The Mountains

My wife and I recently took an RV trip to Eastern Washington to visit family members; one in Ritzville, one in Wenatchee, and another in Cle Elum.

Looking for a central location between the three to camp (for free of course), I went to one of my favorite online resources, the Washington Department of Fish and Wildlife (WDFW) fishing access site. There you can find fishing access sites that allow free camping (with a WDFW Vehicle Access Pass). 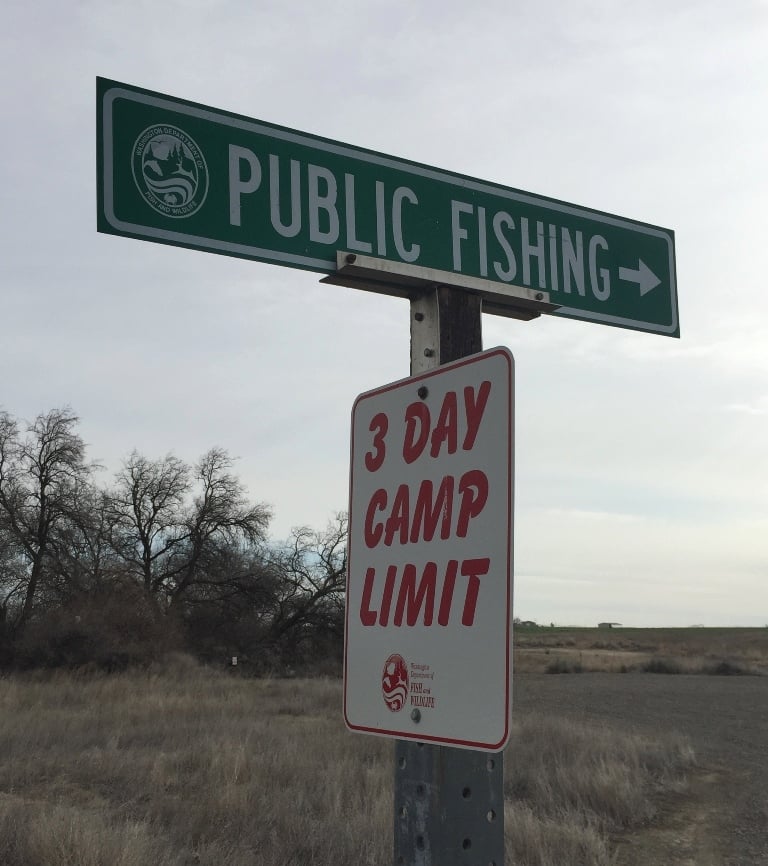 Upon arriving at Martha Lake, I selected one of the spaces farthest from the freeway to avoid the din of traffic. I didn’t fully back into the space as I liked the view we had closer to the entrance, and didn’t believe this would be a problem to others as the lake was closed to angling. 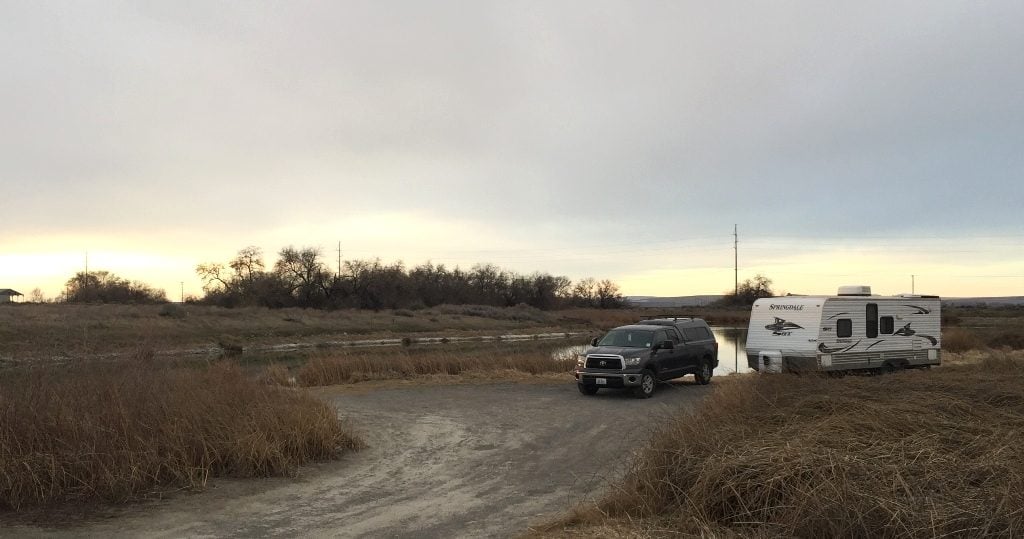 Peace and quiet…before our neighbors arrived.

At 7:00 AM the next morning I heard a vehicle pull up and vehicle doors opening and closing. Looking out the dinette window of our travel trailer I saw the nose of a pickup truck next to mine.

My first thought was it was the game warden making sure I had my vehicle access pass displayed, but as I watched I saw several people walk to the lake shore with fishing gear in hand.

Either I was wrong about when the lake opened or these guys were poachers. Since I had used my WDFW regulation pamphlet as fire starter last fall (I thought I was done fishing for the year) I quickly consulted my smartphone and found the lake was the second most popular early opening trout lake in the region.

While I have written about boondocking etiquette and how you should avoid camping too close to another RV, I was wondering what the proper buffer is between fisherman and those camping along its shore? No sooner had I pondered that thought when one of the fishermen moved between our RV and the lake plopping down in his chair.

Had our awning been deployed I think he would have been under it! Since we would be leaving the RV and heading out in our tow vehicle I decided it better to not comment on his perceived bad manners for fear of retaliation while we were away. Luckily the fish weren’t biting from our lakeside campsite and the fisherman moved on.

Thinking we had regained our privacy, I stepped out to start our portable generator and was met with the barking of a small inconsolable dog. Looking around I couldn’t believe yet another fisherman had pulled into “our” space with a dog he couldn’t keep quiet. Deciding this was beyond reasonable, I started the generator in the “full on” (i.e. noisiest) setting rather than the quieter “economy” mode. 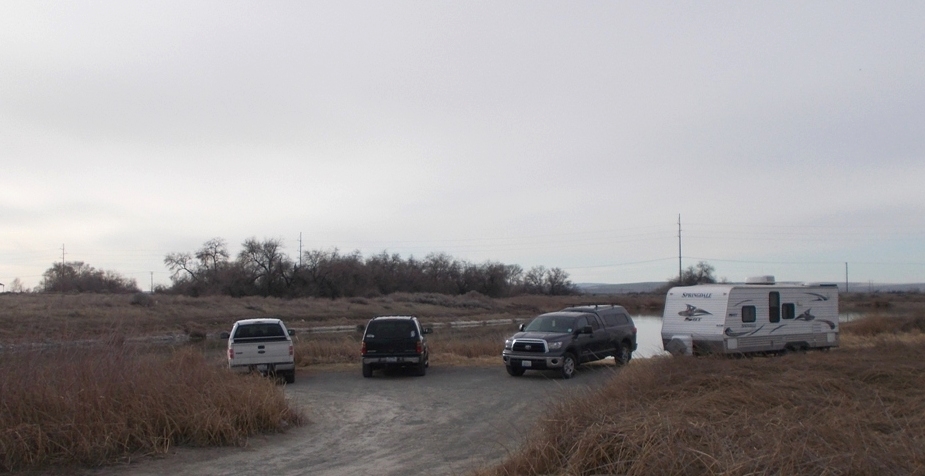 How close is too close?

I figured I was here first, and if you are going to bring your dog that won’t stop barking then you can listen to my generator in all of its glory! Oddly enough, the man and his dog had moved on when I went to shut the generator down about 10 minutes later.

So what do you consider proper etiquette in a situation like this? Even though all parties were on public land and I hadn’t pushed as far back out of the way as I could, would you pull into someone’s camp space at 7:00 in the morning?

Do you feel the guy in front of our rig was invading our personal space? Was I right to start our generator on high while the man with the dog was trying to enjoy a peaceful day at the lake? What would you have done in this scenario?

Between the first invaders dispersing away from their vehicle and prior to the second invader arriving, I stuck my head out of the RV to see the first invaders were the only people fishing and the many other access points between our RV and the freeway were vacant.

Pondering proper etiquette between campers and fisherman, just another adventure in RVing!

See also: How A Helicopter Found Us Boondocking In The Mountains