You are here: Home / Top Stories / Why a Springtime Deer Attack isn’t So Unusual
This post may contain affiliate links or mention our own products, please check out our disclosure policy here.

Newborn deer fawns in the wild are a precious sight. Just don’t get too close or a mother deer attack could ruin your RV trip. Here’s how to keep you and your pets out of harms way.

That Adorable Deer Fawn is Not Abandoned 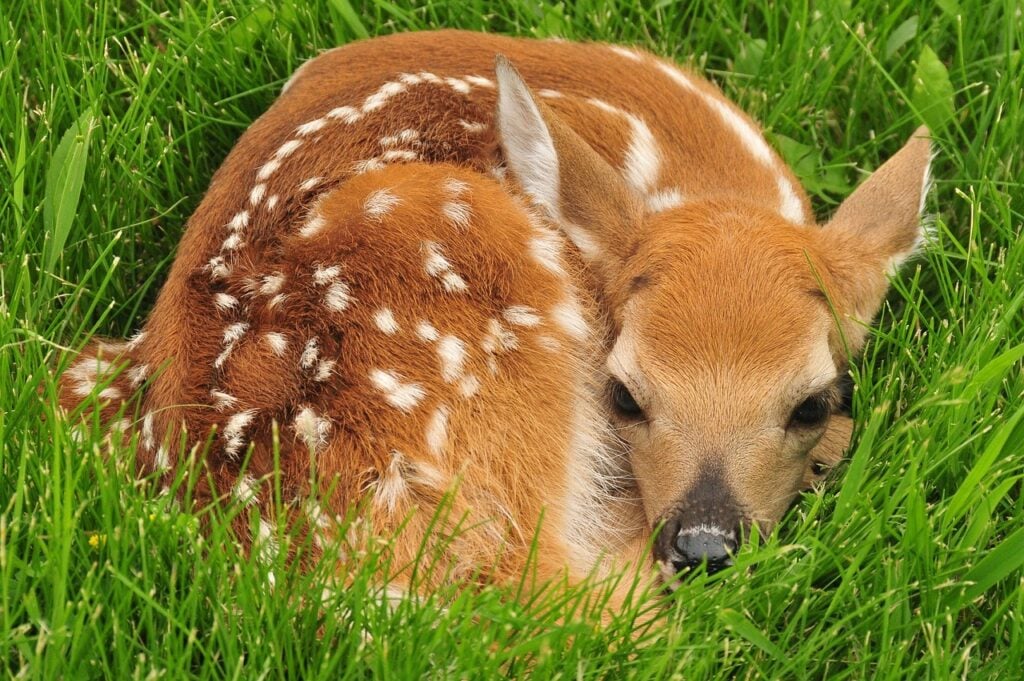 Deer fawns look so small and fragile. They are born in spring, which is when you are most likely to see one up close. Oftentimes you’ll see a baby deer curled up in a ball without a mother deer in sight. If you see a fawn all alone like this, don’t assume the mother rejected her offspring. Chances are, there is a doe hiding in the woods and she’s watching every move you make. Get too close and you are asking for a deer attack on you, or even your dog.

Deer attacks on humans are quite rare, but these docile looking creatures won’t hesitate to pull out all the stops to defend their young from intruders. Does are extremely protective during fawn season, which occurs between late April and July in North America.

When Deer Attack, There’s a Good Reason For It

Although deer mothers leave their fawns alone in the woods, they are not abandoning their offspring. Instead, the mother is using her instincts to protect her fawn from predators by “hiding” it. Then she waits nearby, watching until nobody is around. Occasionally she returns to feed or relocate the infant to another safe spot. 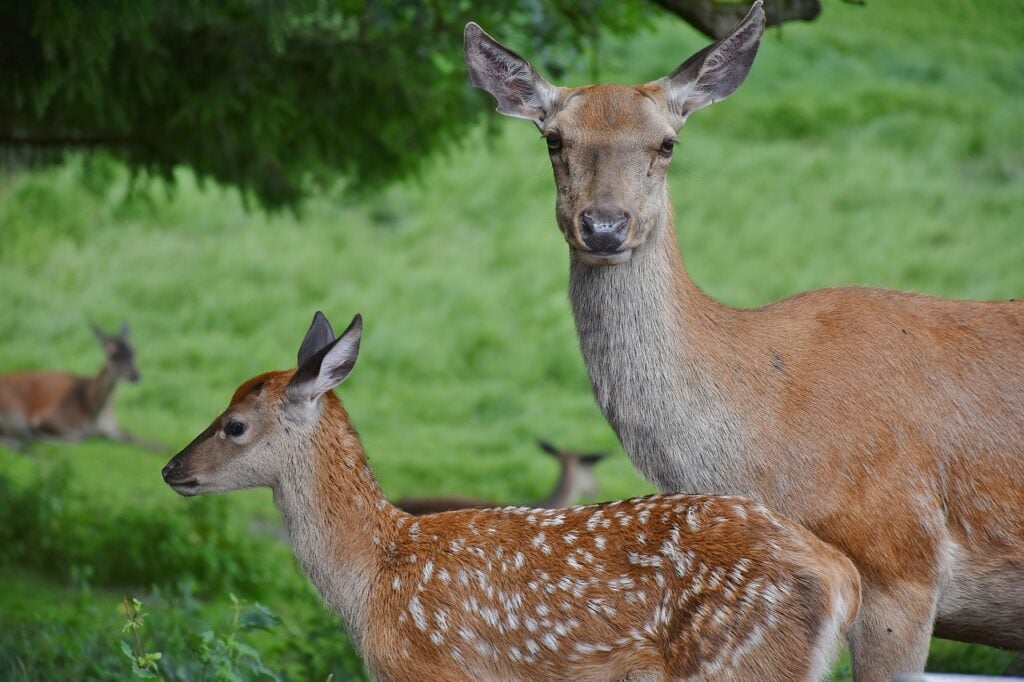 She looks docile, but stay away.

But if a camper or domestic animal gets too close to the fawn, a mother deer’s behavior can be unpredictable. Domestic pets, especially dogs, are often the victims of deer attacks as shown in the video below. The result can be fatal. Many campgrounds with heavy newborn fawn populations during spring, implement rules prohibiting dogs from certain trails. Campers are even banned from leash walking dogs in the actual campgrounds during fawn season.

How to Prevent a Deer Attack

If you see a fawn without a mother deer nearby, don’t panic. And whatever you do, don’t touch it. “Spring is when well-meaning people discover fawns alone, mistakenly believe they are in trouble and take unneeded action that may harm the animal,” explains a Wisconsin Department of Natural Resources Wildlife Biologist Dianne Robinson. “A fawn’s best chance for survival is with its mother.”

If you see a fawn in the wild, or even in your neighborhood at home, stop and ask yourself:

If you answered no to all of these questions, DO NOT TOUCH IT. Leave the fawn alone.

However, if you find a dead adult deer nearby, or the fawn was placed in a dangerous location, put on an an odorless pair of medical gloves and move the fawn to a safer location. Just make sure the new spot is no more than 50 yards from where you found it. Next, call your nearest wildlife officials to report the encounter.