You are here: Home / Blog / How I Discovered the Reality of “Fishing Luck”
This post may contain affiliate links or mention our own products, please check out our disclosure policy here.

Luck has been given a prominent status in fishing lore and beginner’s luck is legendary. Most any angler would “rather be lucky than good,” right? Well, this old fisherman doesn’t quite buy luck theory. With more than 65 years of fishing oceans, rivers, lakes and streams, I realize it’s the best anglers that catch the most fish. 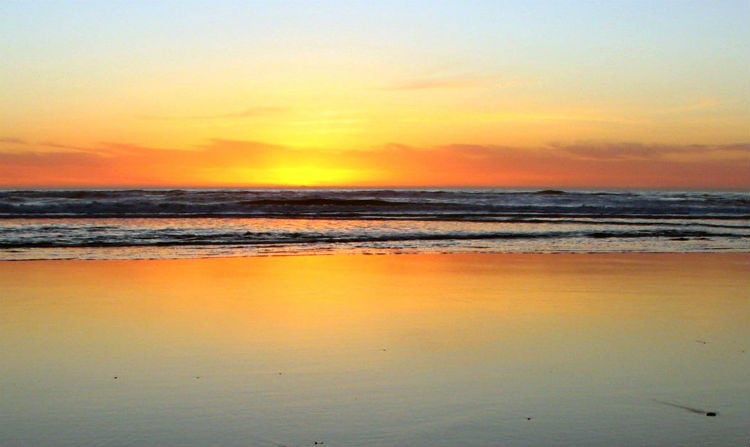 Testing lures (and my luck) had its pluses and minuses. Photo courtesy of wppii, airforums.com member

As a retired academic, I love science. What can we discover, what can we replicate, what is true and what really works? I love a good experiment and conducted one this summer at the start of my beach salmon season. This is how I discovered the reality of fishing luck. 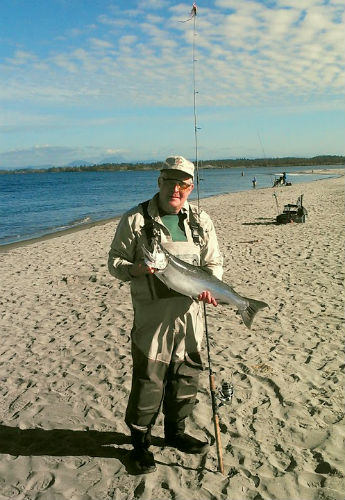 We went out, day after day, despite the weather and conditions to try a series of lures.

Although sometimes being lucky helps with successful fishing I got motivated when my buddy, Dane, gave me a call to talk about a lure he’d just discovered at a garage sale. He thought it would work great casting on the Columbia River. It was a big spinner, a quarter ounce bigger than one we commonly use and should give us more area to fish. It was also a variant of the “blue fox” spinners that are pretty successful. The big lure is called “the Salmon Special.” The lure was just one of the ways of how I discovered the reality of fishing luck.

The only problem was that he thought it was no longer being made. So, I got on the phone and gave Blue Fox a call. As luck would have it, they were most gracious and said they would try to find me some samples gratis to use in the project. After a few weeks of pestering them, I gave up. But, I did, however, find a distributor in Spain that had some nice new one’s I could buy at a decent price. When they arrived, they looked great, and I was ready to go to try my luck.

Their competition would be my favorite lure for the beach, The Flying C. This very successful spinner is made by Mepps and I love it. I’m such a fan, that the company uses a picture of me with a bagful of Flying C caught salmon in their advertisements for the lure. More fishermen use it on the beaches than any other. So, I know it’s a good one.

The final lure is a custom design by my buddy, Greg Anderson. Greg is the most successful fisherman on the beach and is always working on something better. It isn’t about to sell his product. But he did give me a few to use in my experiment. His lures feature the best parts so they are at least as expensive as the others, and are “unavailable in any stores!” 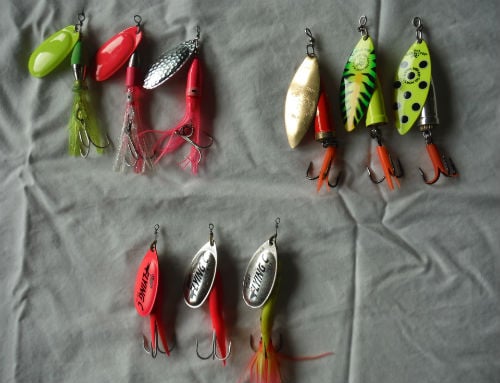 The lures we sea trialed.

My neighbor and fishing pal, Paul Koenig, would help me test. We’d use each lure for a third of our fishing time each trip and record our results. The year had been a little slower that the  previous two when we landed nearly 50 fish, but we’d put in the time to get a good amount of data!

Understanding the Essence of Skills and Luck

So, how I discovered the reality of fishing luck was by going out, day after day, despite the weather and conditions. But we were having problems and pretty bad luck. Our first ten trips, we didn’t get a bite. We didn’t even see much caught, but it had to get better. It didn’t. Finally, after 25 trips without one bite, we called it quits. It was getting boring and discouraging and wouldn’t have enough time to get a statistically significant catch even in fishing got better.

So what did we learn from all this research? Our luck stinks. We’ll try again next season.