You are here: Home / Blog / The Abandoned Town Of Eagle Mountain, California
This post may contain affiliate links or mention our own products, please check out our disclosure policy here.

In our last post, we visited the ghosts of Desert Center, California which my wife and I fortuitously discovered after an attempt to reach and explore the modern nearby ghost town of Eagle Mountain.

Eagle Mountain has the distinction of being one of the country’s best-preserved modern ghost towns which is why it was on my “to-do” list as I have seen numerous photos and Youtube videos convincing me it was worth a visit. 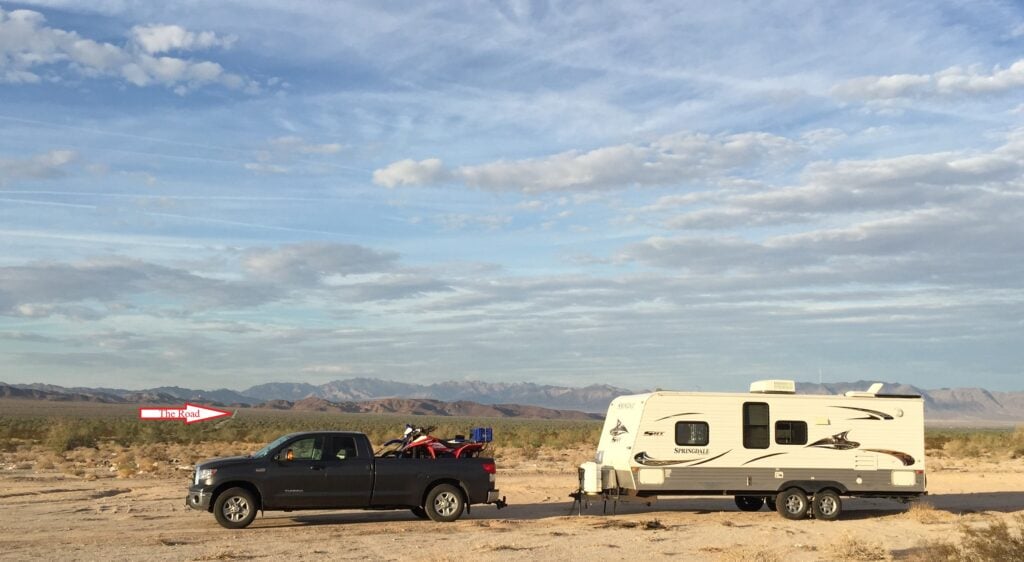 Dropping our trailer as the beginning of Eagle Mountain Road

The town was founded in 1948 by noted industrialist Henry Kaiser housing the workers of the now-defunct Eagle Mountain iron mine. During the mine’s heyday, the town boasted a population of 4,000 residents. An interesting side note is that Eagle Mountain’s fully integrated medical care system instituted by Kaiser was the beginning of the modern-day Kaiser Permanente Health Care.

Iron ore from the mine was shipped by railroad 112 miles west to a steel mill in Fontana, California on a branch line known as the Eagle Mountain Railroad with up to eight 100 car trains running weekly. 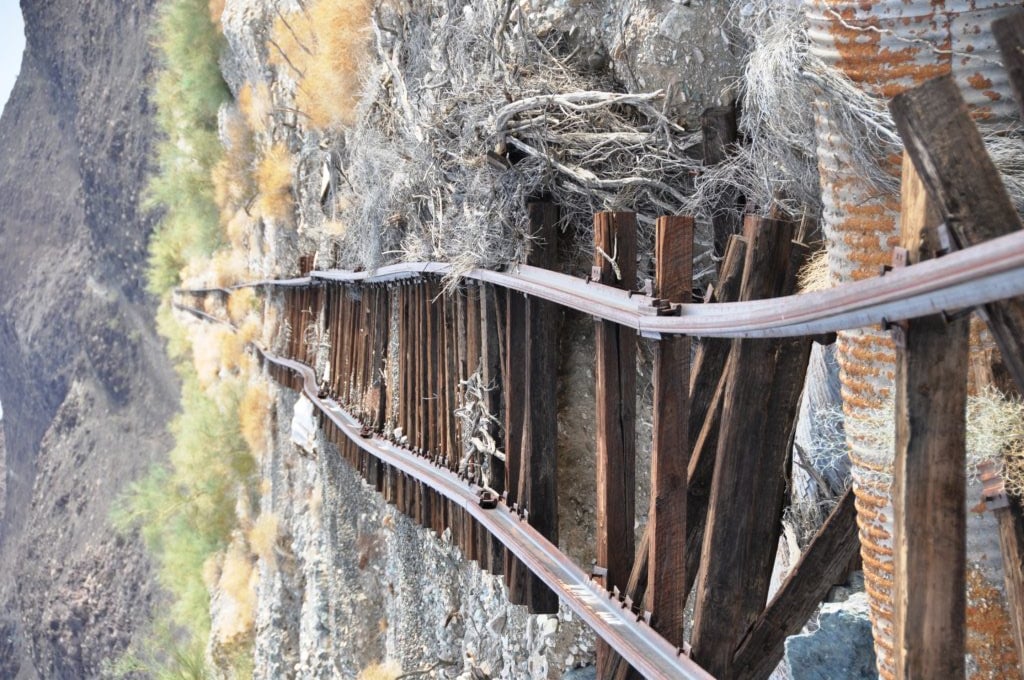 As with most mining ventures, favorable conditions for mining and extracting a profit ebbed, forcing the mine to close in the early 1980s. Without the mine as an income source, the residents left town, the shopping center closed, and the high school graduated its last class in June of 1983.

As regular readers of this blog know, I am a big fan of Google Earth and always review satellite imagery prior to exploring a new location. A quick look at Eagle Mountain showed two routes for getting there; one was the Eagle Mountain Road and the other Kaiser Road. Since Eagle Mountain Road was shorter, had a direct exit off the freeway, and a great spot to drop our travel trailer, I decided that would be our route. 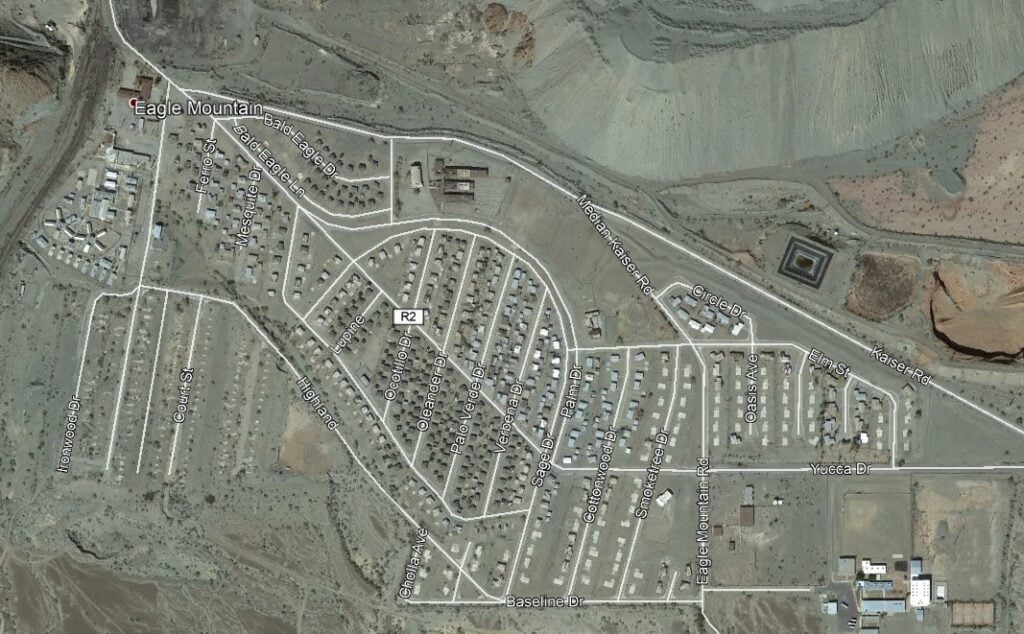 Had I zoomed in a little closer, I would have discovered Kaiser Road was paved while Eagle Mountain Road had deteriorated into little more than a path through the desert since the town’s closing 35 years ago.

The “road” had numerous washouts, has been detoured around an aqueduct pumping station and includes several “less than improved” crossings of Eagle Mountain Railroad (which time has been unkind to as well). We eventually reached Eagle Mountain only to be met by a locked gate and large signs warning against trespass! 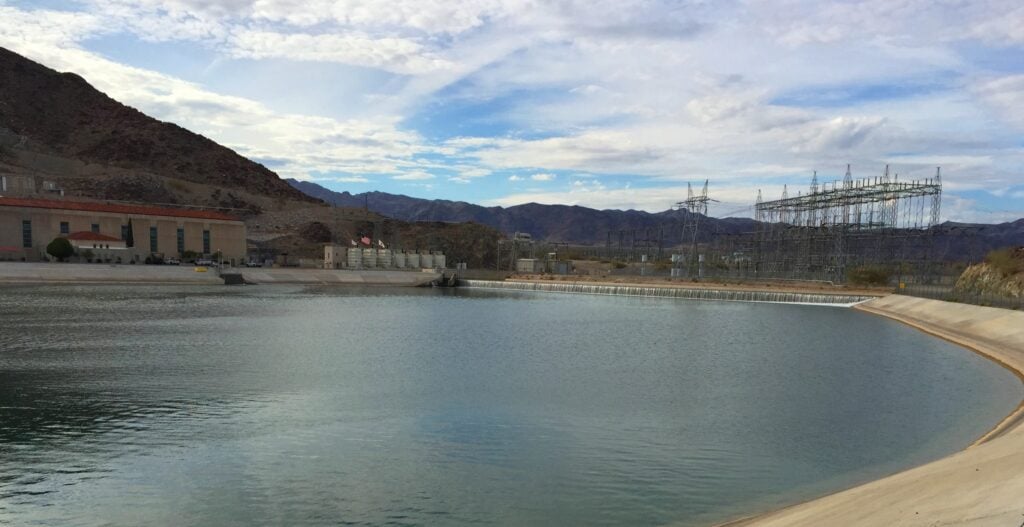 Seems the ghost town is under the watchful eye of a caretaker and the photos and videos I have seen of the town were either taken illegally or during a period of time when the town wasn’t posted against trespass.

Even more discouraging was when I discovered Kaiser Road (the other route) was paved and we had just spent an extraordinary amount of time navigating a bad road only to be met by a locked gate when we could have been there in minutes on the paved road.

As I shared in the last entry, it all worked out in the end as we returned to our travel trailer via paved Kaiser Road and discovered the quaint little ghost town of Desert Center.

Bumping down an old deserted road only to be met by a locked gatekeeping you from your intended destination, just another adventure in RVing!

If any of you reading this have visited Eagle Mountain, or maybe lived there, please share your memories.