You are here: Home / Top Stories / No Work? Get A Job In Elkhart Building RVs
This post may contain affiliate links or mention our own products, please check out our disclosure policy here.

Not long ago, RV businesses in Elkhart, Indiana were the sad poster children for the great recession. But today the business climate is totally different in the RV capital of the world. The RV industry is back. If you’re looking for work, you can probably get a job in Elkhart building RVs for good pay. 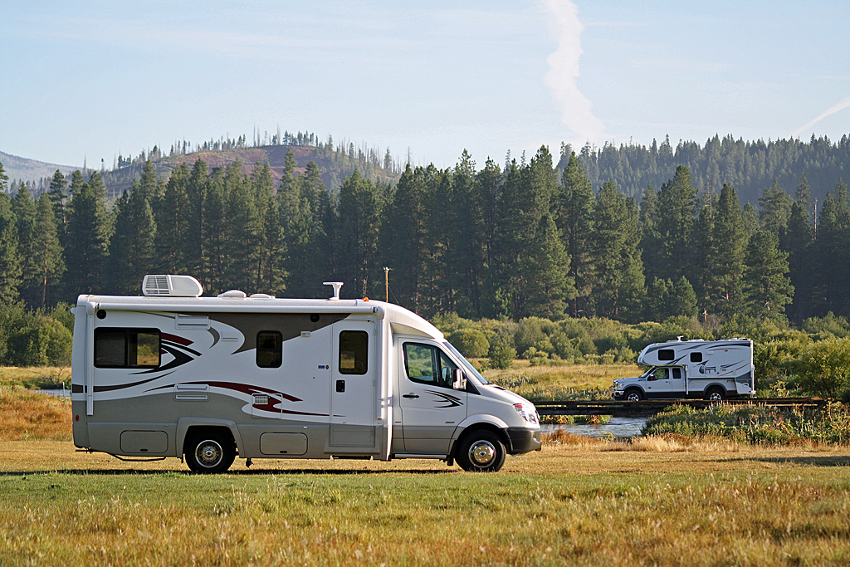 Ten years ago, life was hard in Elkhart. RV manufacturers shut down almost every week and those who survived were subsisting on skeleton crews. The Indiana community’s unemployment rate skyrocketed to an astonishing 20 percent figure. Suddenly Elkhart owned a dubious distinction: it had the highest percentage of unemployed people anywhere in the nation. Many locals lost everything they owned and moved away. Today those people might want not recognize the town they fled.

“The recreation vehicle (RV) industry’s shipments will reach 472,200 units in 2017, the highest annual total since the data has been collected,” reports the Recreational Vehicle Industry Association (RVIA) in a press release. According to RVIA president Frank Hugelmeyer, this number represents a 9.6% increase from the number shipped last calendar year. He says 2018 figures will rise even higher.

“Our industry is in an era of unprecedented growth,” said Hugelmeyer. “We are poised to record an eighth consecutive year of shipment gains, mainly due to product innovations that appeal to retiring baby-boomers as well as younger buyers. The recession is in the rearview mirror. This is a new era for the RV industry.”

Finding housing for those workers is the new problem.

It’s a new era and today the Elkhart revival makes headlines for good reason. The unemployment rate is less than two percent, which is lower than the national average. Business is so good that local media says RV manufacturers are experiencing a skilled worker shortage. Local economic development experts say that just about anyone who possesses the two most in-demand skills – welding knowledge and computerized machining skills – can write their own ticket in Elkhart building RVs. Industry leaders like Jayco and Thor Industries must fill about 25,000 jobs over the next two years. Experts say that figure represents about half the population of Elkhart itself. The burning need for workers sounds great, but right now, it’s not.

Local real estate agents report that even if Elkhart RV industry employers can attract those skilled workers to the area, once they arrive they will won’t have a place to live. “You have more time to pick out a dress at a store then you do to buy a house, because it has to happen quickly. It’s really difficult if you’re a buyer right now,” said agent Pam Schultz to the local ABC Network affiliate.

Elkhart’s local economic development experts report they are currently holding regular meetings to develop housing solutions for all those workers needed to keep up with RV industry demand. Local media reports that at this point in time Elkhart still lacks solid ideas to address the housing crunch.