You are here: Home / RV News / The Best RV Show You Probably Didn’t Attend
This post may contain affiliate links or mention our own products, please check out our disclosure policy here.

Northern Indiana residents are used to seeing RVs. Those that travel the I-80/I-90 toll road through Elkhart are used to seeing a LOT of RVs, often as part of an RV show, rally, product delivery, or some other public event at the RV Hall of Fame Museum.

Last week, however, the newest RVs from all major manufacturers based in the surrounding area were on display, just out of arm’s reach for the average RVer, as the annual Elkhart RV Dealer Open House opened. 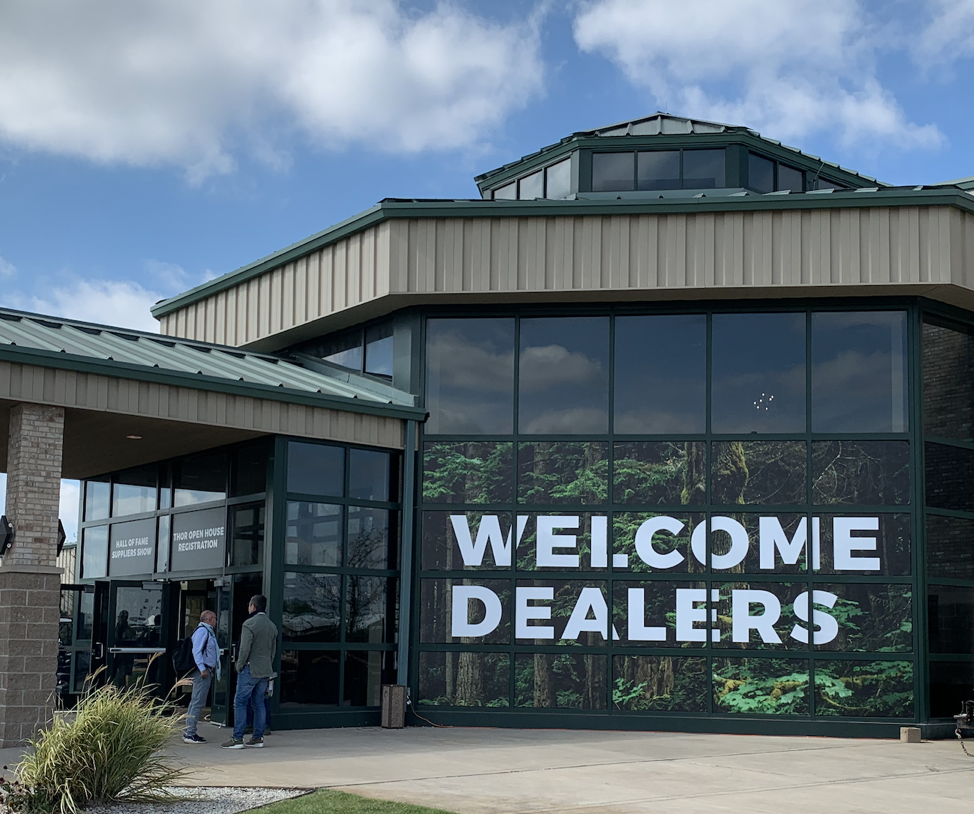 This event caters specifically to the dealers, vendors, suppliers, and media involved in the RV industry. It’s an opportunity for the manufacturers to show dealers the new models and take their orders for the coming season.

It’s a place where OEM suppliers and other RV vendors can showcase their products, and provides a chance for RV media to see hundreds of new units all in one place. 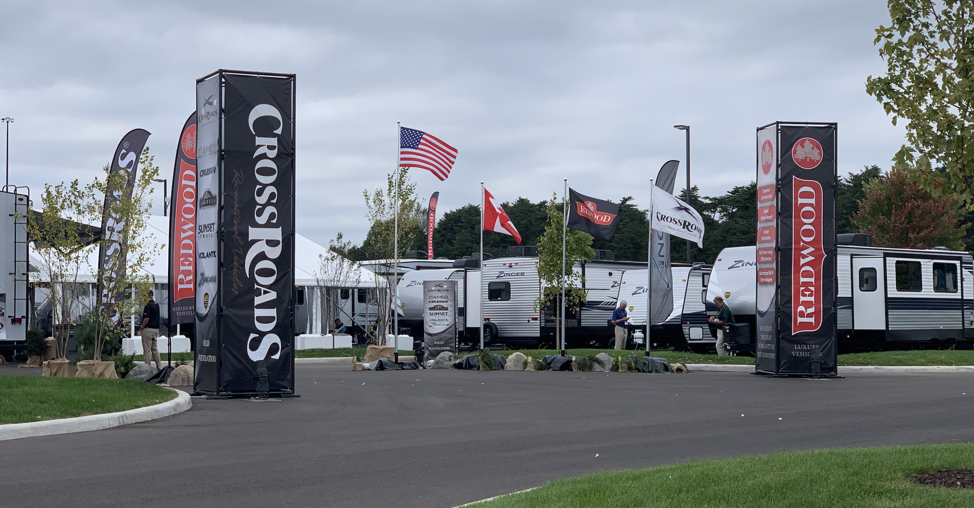 Spread across several venues between the RV Hall of Fame campus and Forest River subsidiary East To West RV’s facility on Highway 6, the event opened Monday to sunny and breezy weather. 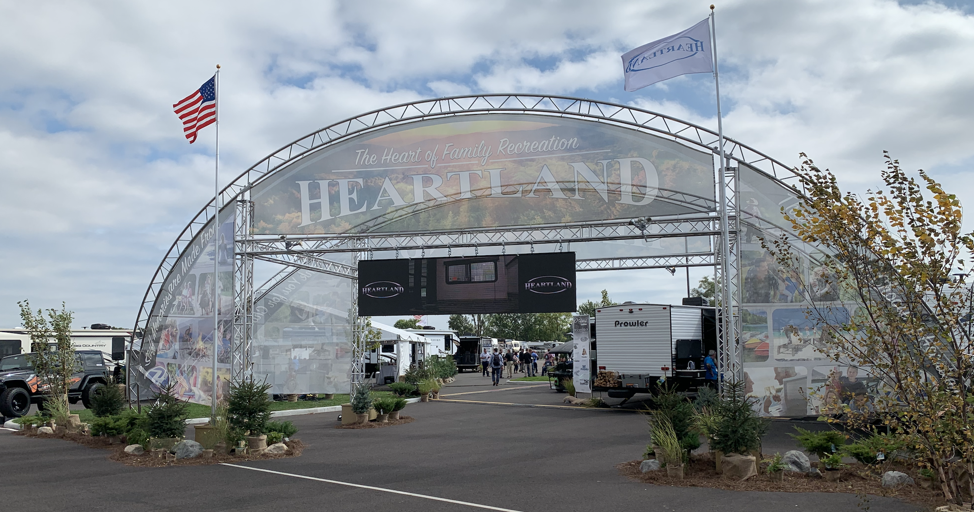 Tuesday opened up to ideal weather conditions and the promise of world-class entertainment for the evening. Thor Motorhomes lined up Keith Urban for a private concert, while at the Forest River facility, attendees were getting ready for Styx followed by Big & Rich on Wednesday. Grand Design showcased Train Monday night for their live performance. 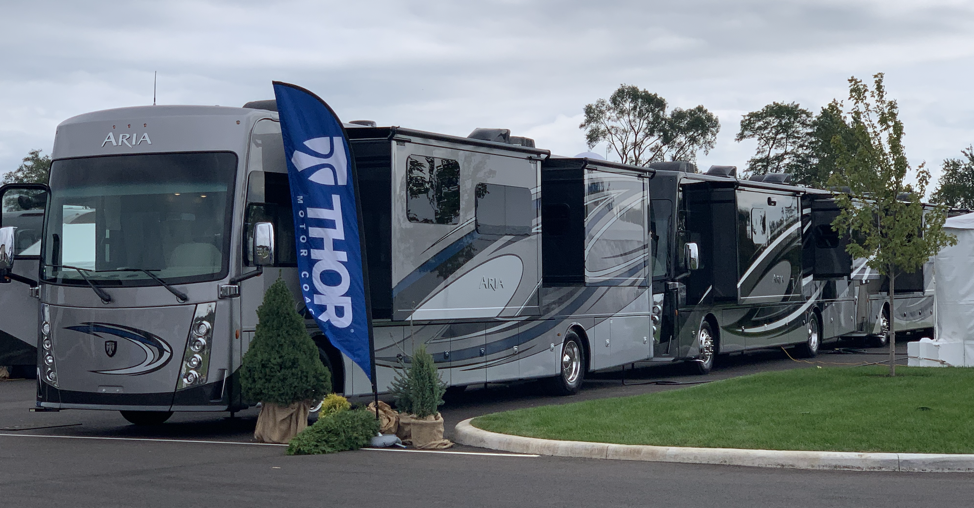 Wednesday, it was back to business as the manufacturers, dealers, and suppliers were ready to talk shop and place their orders. All of the manufacturers attending the event put their best foot forward, presenting their wares with stunning displays.

The improvements to the RV Hall of Fame venue were on display as well, as Thor took advantage of their place in the pecking order and proudly displayed their full line on the newly minted blacktop.

Though some were relegated to the surrounding grassy areas, Mother Nature (perhaps eyeing a new diesel pusher or lightweight towable) was kind to the area and held the rain at bay on Wednesday and provided stunning fall weather on Thursday, avoiding a repeat of last year and waiting until Friday afternoon to water her lawn after the event had long wrapped up. 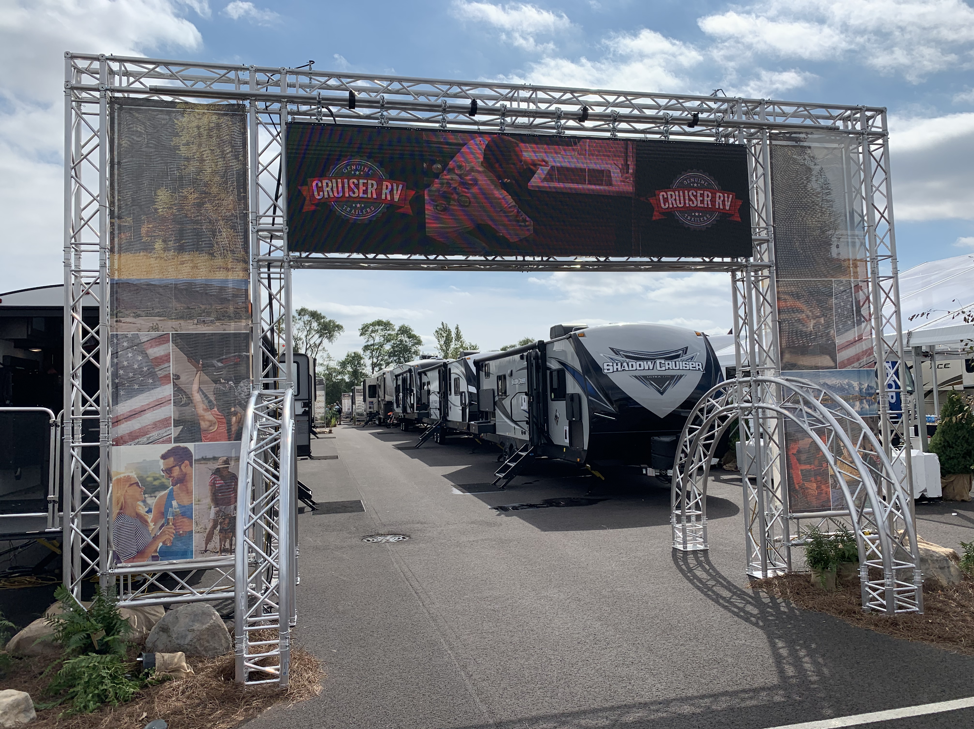 Manufacturers reported brisk sales, and all of Elkhart seemed attuned to the event, quite aware of the Rocket Summer that had defined their economy, as well as this past week. Expectations are high that if properly tempered, it can be sustained.

Look for this event to continue to grow as manufacturers have abandoned the longstanding traditional Louisville, Kentucky show in favor of this local event. The bar has been significantly raised with this year’s offering. It will be interesting to see how it will be matched or topped in years to come.

All around RV industry enthusiast who has been RVing for 8 years and enjoys trips with his wife and dogs in their big diesel pusher.