You are here: Home / RV Trailers and Motorhomes / Come See The Last Bus That Elvis Toured In
This post may contain affiliate links or mention our own products, please check out our disclosure policy here.

Motor Home Specialist is proud to sponsor this article.

Did you know you can still tour inside the last bus that Elvis Presley bought for his band?  The custom-designed 1976 MCI Crusader, which he purchased in 1976 and dubbed the “Taking Care of Business” (TCB) Bus, now resides at Motor Home Specialist in Alvarado, Texas and is occasionally open to the public for viewing. 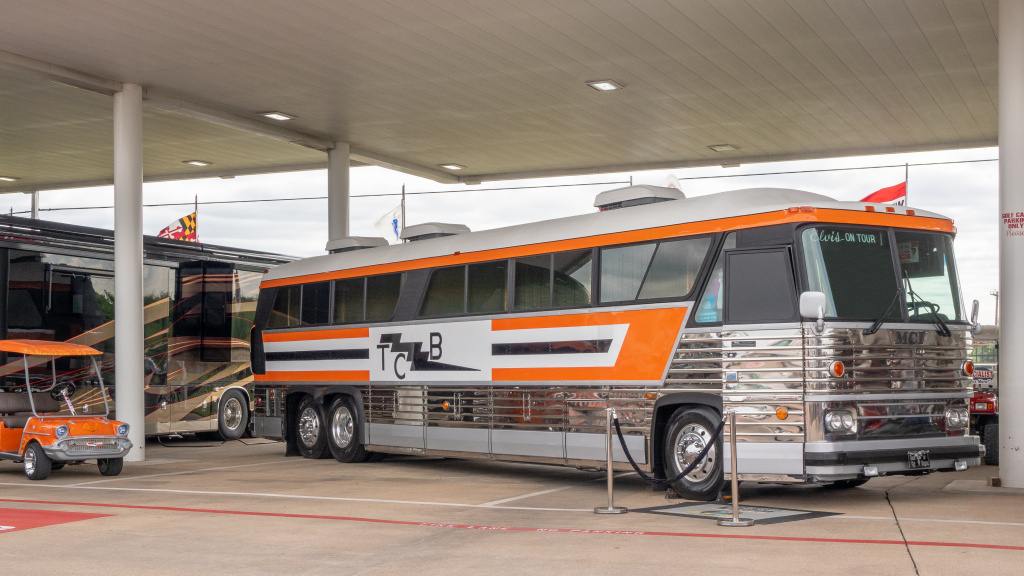 Motor Home Specialist bought the bus from Julien’s Auction House in May 2015.  It sold for $268,000 and also included copies of the original $25,000 check provided by Elvis to cover the down payment on the bus.  CEO Donny O’Banion says,

“Myself and my family are all huge Elvis fans and after recently losing our mother Mary Ann to a short, but courageous to the point of inspiring, fight against cancer we thought this would be the perfect memorial to her and something we think a lot of other RVers and Elvis enthusiasts alike will get a real kick out of while visiting MHSRV.” 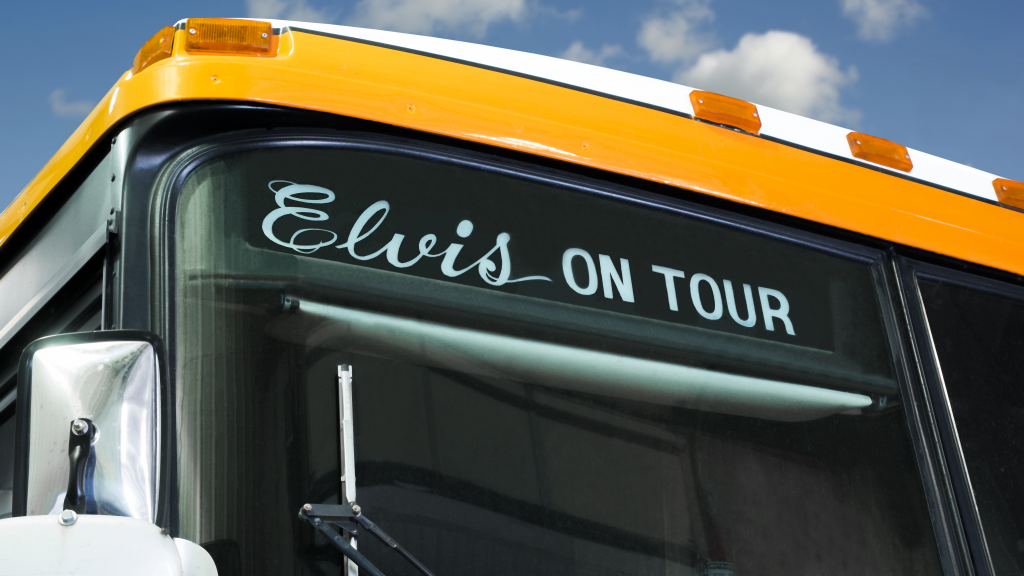 The bus seats twelve people, has nine sleeping births, and was custom designed inside and out with his signature TCB lightning bolt logo.  It was originally purchased by Elvis for his supporting singers in The TCB Band, which was led by Elvis’s close friend and mentor J.D. Sumner.

“Elvis once gave it a joy ride, calming Sumner’s nerves by promising to buy him another if it crashed,” Martin Nolan, executive director of Julien’s Auctions, told AFP. “He took the bus out from Graceland, he drove right out into the country and then he was worried, ‘how am I going to turn this bus around,’ so he drove into a cornfield, drove back out again and back home.” 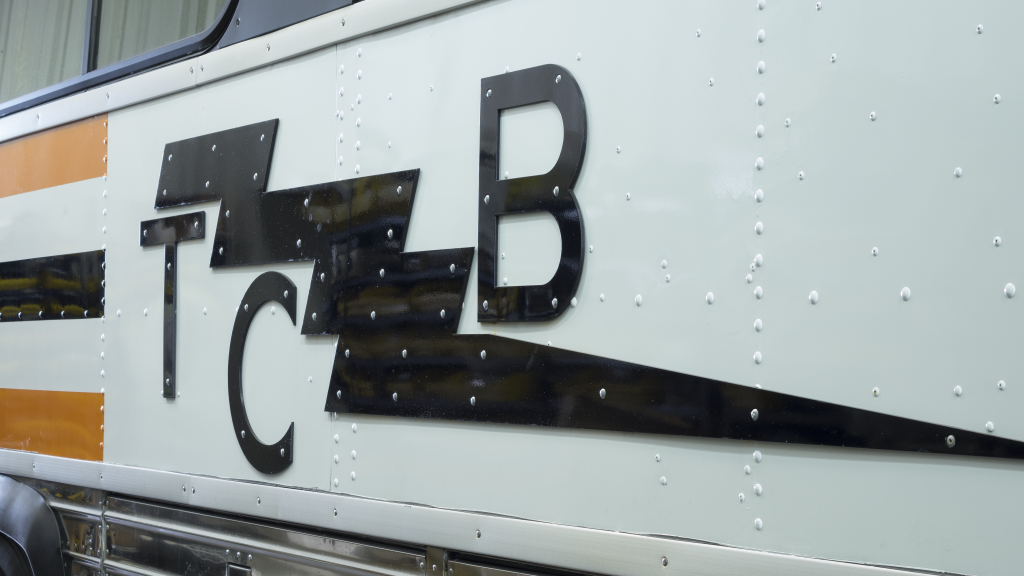 Motor Home Specialist is currently planning to build a museum to house the bus and other Elvis memorabilia, including all of Mary Ann’s personal collection.  The bus is also open to the public free of charge twice a year during their semi-annual World’s RV Shows.  These are held every spring and fall, but you can find the same RVs and all of their photos, videos, and information online year-round at TheWorldsRVShow.com.

To learn more about the last Elvis tour bus and see the interior, visit MHSRV.com and stop by their expansive complex at 5411 S. I-35W in Alvarado, Texas.