You are here: Home / RV Lifestyle / Take an Extended Family RV Trip to The Far Green Country
This post may contain affiliate links or mention our own products, please check out our disclosure policy here.

If you have the itch to take an extended family RV trip but aren’t sure if full-time RV life is for you, a new documentary called “The Far Green Country” might be a fun way to find out. 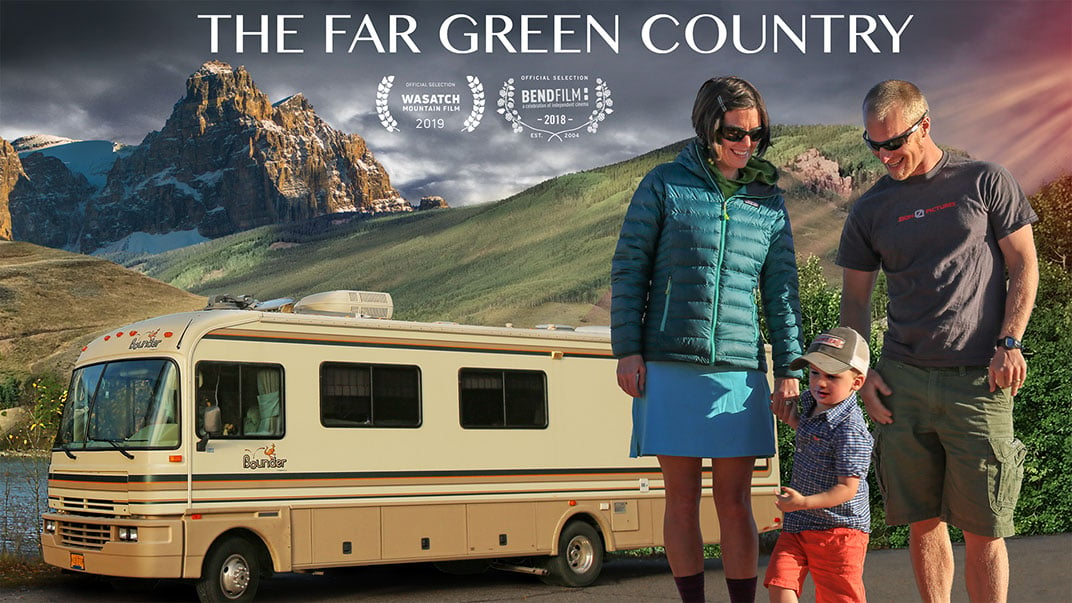 Take a road trip with the Pyke family.

Adulting is hard. Sometimes you have to go the extra mile to find your way back to the life you crave. That’s exactly what thirty-something Eli and his wife Kelly did when they hit a rough patch in their marriage.

Two troubadours at heart, the young Oregon residents yearned to reconnect to their mutual love of nature and each other. To do it, they bought a second-hand, twenty-year-old motorhome. Then they rented their house, packed up their toddler son Dakota and dog Tassie for a two-year extended family RV trip. The result is an eye-catching 70-minute chronicle of their newbie RVer adventures. 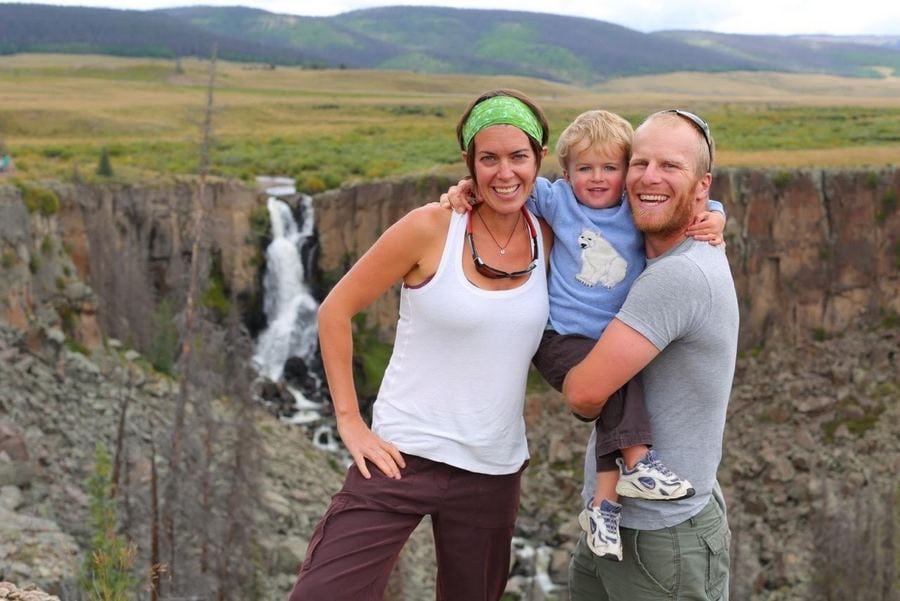 From the moment they left their home state, their goal was to have fun. A full-length documentary was not on their minds. Eli and Kelly both have movie and television industry backgrounds, but opening their lives to the world wasn’t on the agenda. Saving their marriage came first.

Bringing Out the Gypsy in Everyone

“My wife and I have both worked on a reality TV show together in our youth (me as a cameraman, her as a medic),” explains Eli. “But, no, we weren’t planning to make a film, nor would we have wanted the intrusion of a camera crew.”

But the more they traveled, the idea of capturing their adventure became appealing. Eli and Kelly took a DIY approach to the project. “Thanks to some great technology (including the good ‘ole iPhone), filmmaking these days is much less about the technology and much more about the story,” says Eli. 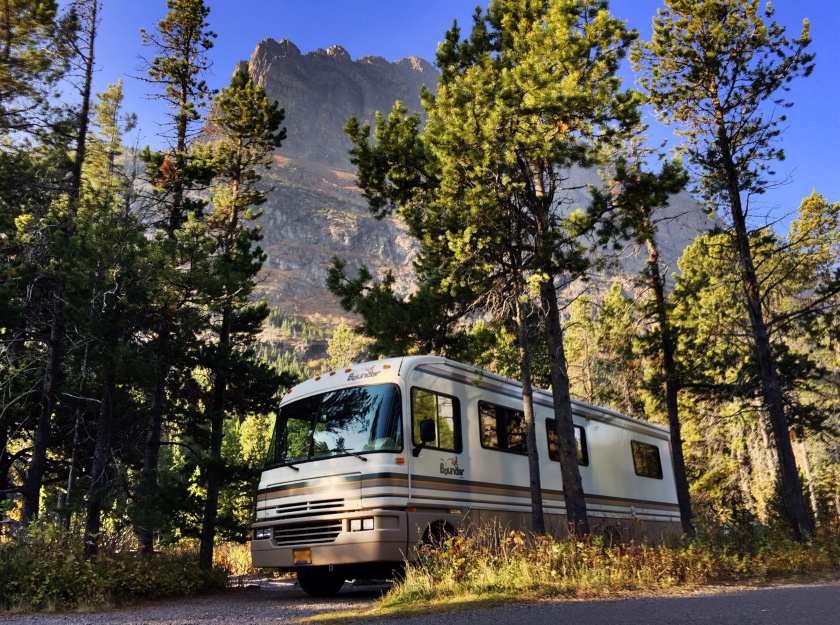 The Bounder they took on the road.

And what a story. From the West up to Canada and beyond, the family’s North American travels are documented with dazzling cinematography. A folksy road trip soundtrack and well-configured storyline will bring out the gypsy in anyone who has ever dreamed of chucking their life and hitting the road.

As Eli and Kelly make the most of their new self-contained home, they discover ways to enjoy their preferred camping style before RV living. “We dry camped (or boondocked) as much as possible,” says Kelly. The only time we used full hookups was when we desperately needed showers. Or, when our house batteries were too low to operate normal coach systems. We much preferred the open country, the solitude, the adventure. Though we did rely heavily on National Park campgrounds, as they usually had dump stations and water, were quite affordable, and put us smack dab in the middle of some of our country’s most beautiful places.” 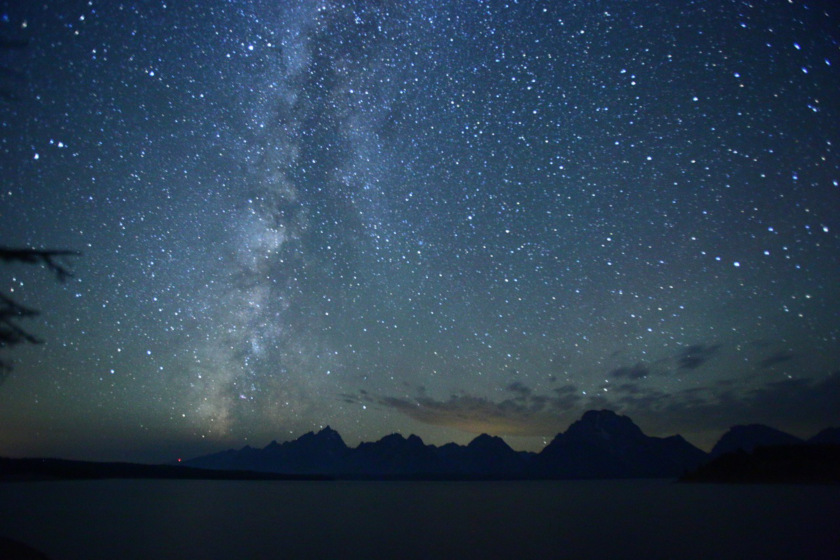 Exposing the Good, the Bad and the Beautiful

Life on the road wasn’t always easy, as they soon discovered. Adapting to life in a small space had unanticipated challenges, and mechanical issues grew daunting for the novices. Experienced RVers will appreciate when the Pykes almost burned out their brakes on California Highway 1. Or when a wintertime black tank catastrophe made an awful mess. Overall, the film doesn’t shy away from exposing the downside of full-time RV living. 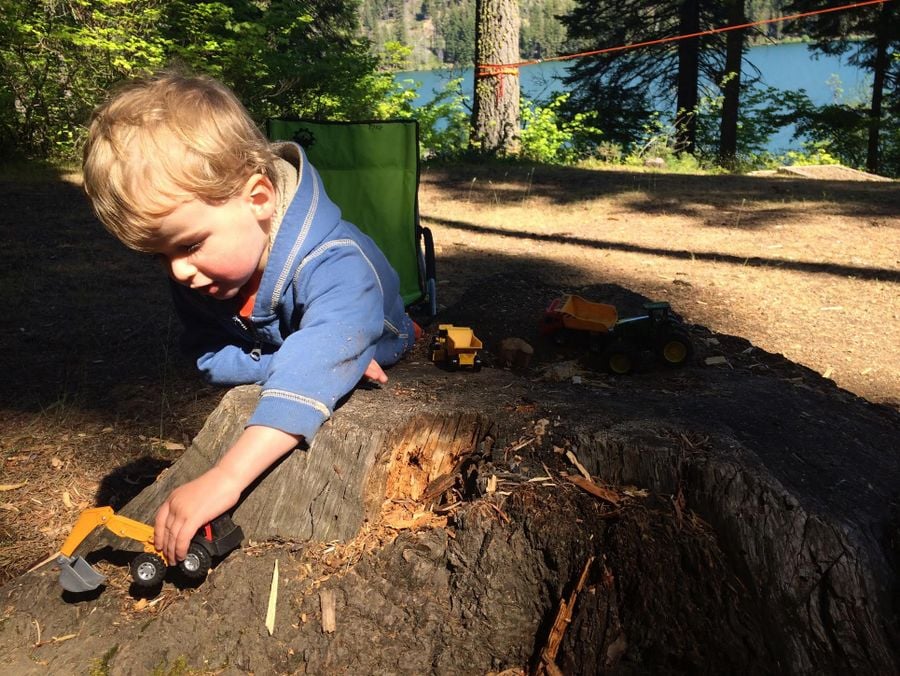 “Over the course of one year, we had problems with electrical, plumbing, AC, generator, fan belt in the engine, rust on the steps, awning replacement, new set of tires, full rear brake replacements, water pump, frozen pipes…I could go on, really,” says Eli. “I sure learned a lot both about RV maintenance, but also about ingenuity and self-study, as most often the repairs happened in the middle of nowhere with no RV mechanic to lean on.”

In-between their favorite spots like Banff National Park and Joshua Tree National Park in California, Eli continued working. His role as a freelance video production editor put fuel in the tank and food on the table. 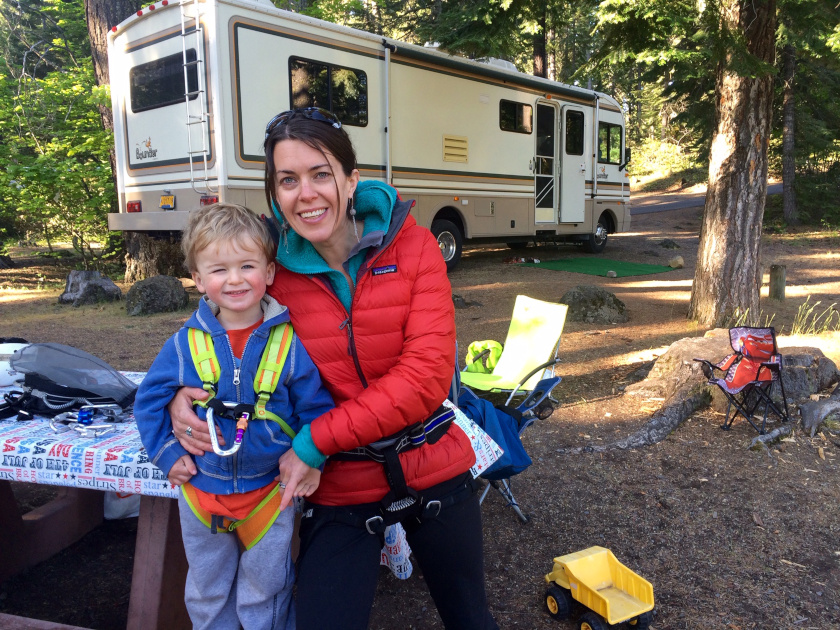 Dakota’s first rock climbing experience is captured in the movie.

“Instead of flying somewhere next month (for a new assignment), we’d just take a month to drive there as a family. We’d park in the parking lot of the client overnight (with permission of course), and do the shoot,” he says. “Then I’d take the footage on the road again and send deliverables remotely.”

But even the best-laid plans had curveballs. Eli dealt with the usual challenges faced by working full-time RVers, such as poor Internet connectivity. “We used a Verizon USB hotspot, and whenever we had LTE it worked great, which was about 10% of the time,” he explains. “Otherwise, we’d go ‘off the grid’ for about a week at a time, and I’d edit various video projects for my clients. Then when we got back into town, I’d either rely on the LTE service, or I’d happily patronize the nearest Starbucks.”

Home is Where You Park It

As the miles racked up on their Bounder’s odometer, Eli and Kelly reached inward to overcome obstacles in life, love and on the road. Along the way, they realized that watching their son embrace nature made it easier to put aside temporary difficulties. One visit to Joshua Tree was especially memorable.

“We saw it through our son’s eyes: he saw a Roadrunner bird, he rock-climbed for the first time, he heard coyotes howling in the distance, we had campfires, we met some wonderful people. And he got a Junior Ranger badge there,” says Kelly.

While young Dakota learns to enjoy the outdoors, Kelly and Eli embrace Mother Nature’s miracles. They also reconcile their marriage in unexpected ways. By the end of their first feature film, they are refreshed and ready for whatever the future brings.