You are here: Home / Top Stories / Plan to Visit These Great Fall Destinations for RVers
This post may contain affiliate links or mention our own products, please check out our disclosure policy here.

Summer’s still in full swing but it’s not too early to start thinking about fall destinations. After all it’s the best time for RVers on the move. Whether you’re not quite ready to put your RV in storage or you’re beginning the annual snowbird migration, why not consider these great fall destinations for RVers  for a year-end road trip? 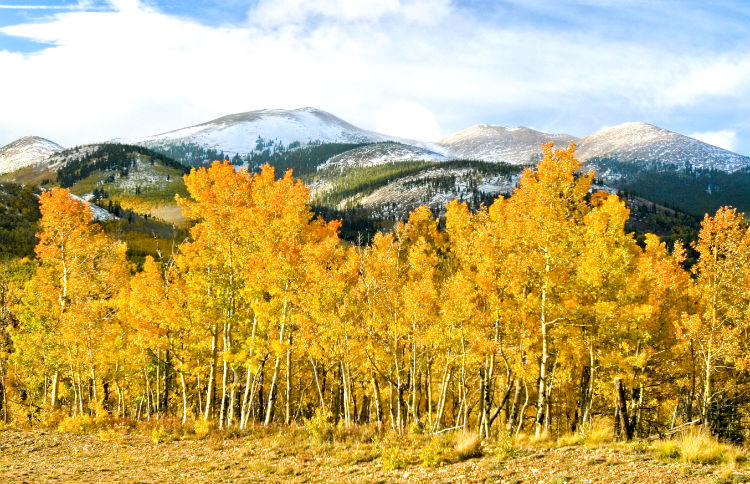 Fall colors are on fire in the Rockies. Photo courtesy of The Colorado Tourism Office

Fall makes its earliest appearance up in the Rocky Mountains. The highest elevations experience the blazing colors of fall as early as mid-September, which is great for RVers since the weather is crisp and cool but not unbearably cold. Colorado’s best places to camp and experience fall colors include:

Rocky Mountain National Park: Located two hours north of Denver, you’ll find the year-round Moraine Park Campground can accommodate RVs up to 40 feet and you can run your generator in most of it. 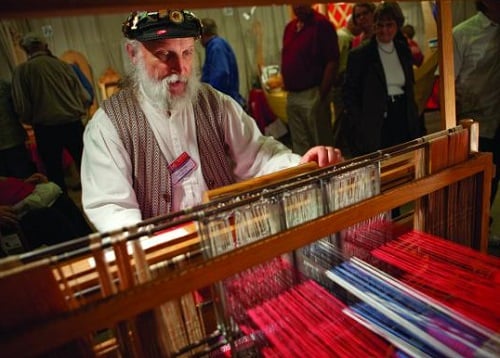 North Dakota isn’t exactly a snowbird destination, but each year more than a thousand RVers find that the northerly jaunt to North Dakota’s State Fairgrounds is worth the detour. Held in Minot during the last week of September/first week of October, Norsk Høstfest is a four-day celebration of the five Nordic countries of Denmark, Finland, Iceland, Norway, and Sweden. From cuisine to music to crafts, the festival attracts RVers from all over the U.S. There’s even a popular RVer Pre-Party to kick things off with food, music and dancing. 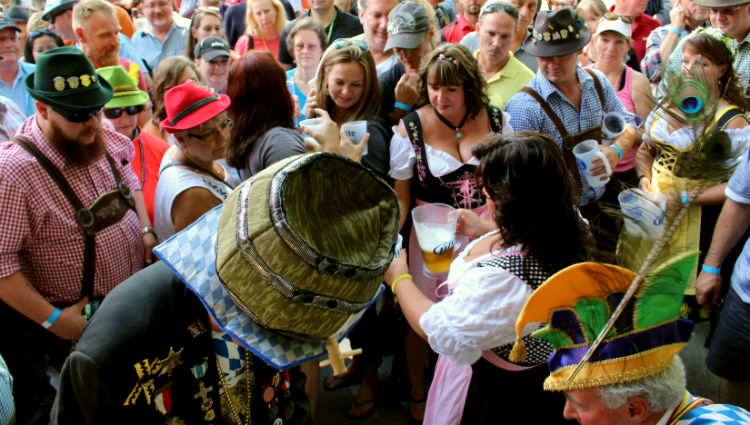 Serving the festive beverages at Oktoberfest. Photo courtesy of Helen Chamber of Commerce.

Get Your Lederhosen on at Helen, Georgia’s Oktoberfest

If you’re south this winter, visit the quaint German town of Helen, Georgia for one of the longest-running Octoberfest Celebrations in the east. At the Helen Oktoberfest you can spend the entire month doing the polka and the waltz to German music, eating authentic German food and of course, drinking the best German beers. Helen is home to several RV campgrounds as well as Unicoi State Park, a highly rated destination convenient to downtown Helen.

The Walla Walla Valley isn’t only where the sweetest onions come from, it’s also home to more than a hundred wineries that celebrate the annual grape crush by opening their doors to the public each year during the first weekend of November. Events include special pours, winemaker dinners, live music and more. Enjoy crisp, fall air and the flavors of autumn while you camp within walking distance of adorable downtown Walla Walla at the popular Blue Valley RV Park.

Get Earthy at the Mendocino County Mushroom, Wine and Beer Festival

California isn’t a leaf peeper’s destination but if you love fungi it’s the place to be. Mendocino County is home to more than 3,000 species of fungi and each year November residents celebrate them at the annual Mushroom, Wine and Beer Festival. Learn from the experts about foraging for wild mushrooms. Dine with celebrity chefs on quintessential mushroom-centric meals. Canoe, hike and go horseback riding along Mendocino’s legendary coastline. There’s lots to do and the weather is just right. If your rig is under 25 feet you can camp close to the action at Russian Gulch State Park. Campers who need more space should stay at the popular Van Damme State Park, which can accommodate big rigs. Just be sure to reserve a spot as both campgrounds are consistently booked solid.

Clearly, fall isn’t the end of the road even for weekend RVers. Plan carefully and you can find some great fall destinations for RVers right up until Old Man Winter comes knocking.