You are here: Home / Top Stories / What NOT to Do When You Find Moose in Rut Season
This post may contain affiliate links or mention our own products, please check out our disclosure policy here. 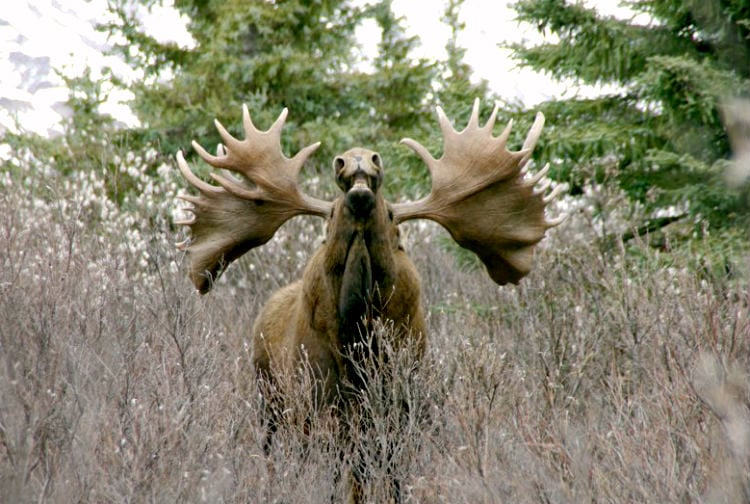 A bull moose in rut. Photo courtesy of NPS.gov

Leaves are turning and temperatures are dropping in North America’s mountains. For moose, that means one thing: rutting season. This annual mating ritual is a sight to behold but requires treating the giant creatures with extra respect. Don’t do it and you could die. Here’s where to go and what NOT to do when you find moose in rut.

Where to Find Moose in Rut

Bull moose are usually spotted near watering holes. Rivers and lakes provide nourishment and protection for all moose but especially females and their calves. When the annual mating dance begins, bulls know where to go for mating opportunities. Common rut season rituals you’re sure to see include:

Here’s a good example of the moose rut season.

When You Find Moose in Rut, Here’s What NOT to do.

Many unsuspecting moose watchers assume these giant, slow moving creatures are friendly toward humans. They are NOT. If moose feel threatened, all bets are off.

When you find a moose in rut, DO NOT:

Signs that Moose Attack is Imminent

Moose give obvious warning signs before they attack. Moose will let you know they’re ready to rumble with signs like:

When this happens, be ready for an attack. Moose will often bluff a charge but could follow through. Hurry and get a large object like a tree between you and the moose. If the moose charges around the object, drop and curl up into a ball to protect your vital organs, head and neck.

RVing allows you to roam far and wide to watch amazing animal rituals like the annual moose rut. Follow these common-sense wildlife viewing tips and you’ll be around to enjoy next season’s rut too.