You are here: Home / Blog / Is Full-time RVing & Workamping A Lifestyle Or A Prison?
This post may contain affiliate links or mention our own products, please check out our disclosure policy here.

RVing is the great equalizer in the U.S. Stroll around any RV park or campground and you’ll meet people from all walks of life. Many campers are permanently on the road workamping and full-timing because they want to. But an equal amount are doing it because they feel they have no other choice. A new book published in September 2017 called “Nomadland” dives deep into some of their stories. 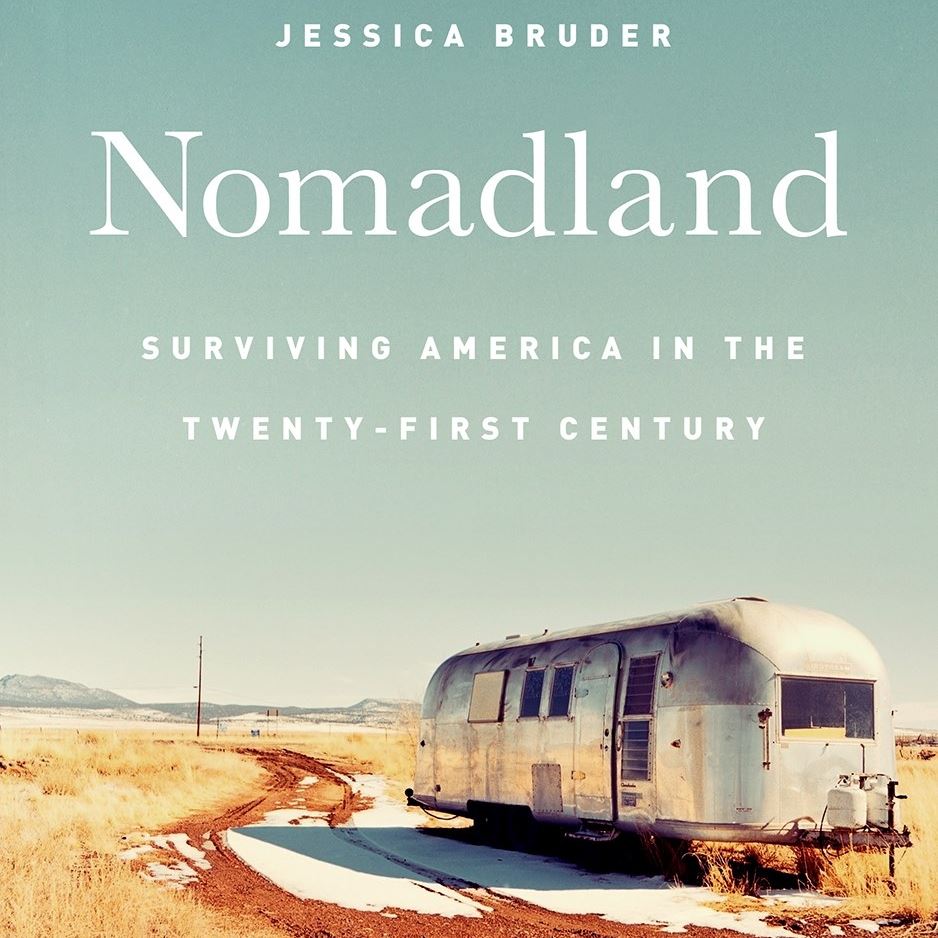 “Nomadland: Surviving America In The 21st Century” by Jessica Bruder

Is the full-time RVing and workamping lifestyle that bad?

“We were doing what we thought was the right thing to do and we got screwed,” said Bob Apperly, an Amazon CamperForce workamper. In 2013 he told his story to Jessica Bruder, a journalist with a penchant for sharing the stories of America’s subcultures.

Bruder wanted to reveal the stories behind full-time RVing and workamping travelers for a Harper’s Magazine article. The piece would evolve into Nomadland, released last September. She talked to Apperly was working as temporary staff for the Fernley, Nevada Amazon distribution center when Bruder learned that he, like many others in the park, had lost their homes in the Great Recession and were now making ends meet through workamping and temporary jobs.

“The Apperleys weren’t the only foreclosure victims I found in the ranks of Amazon’s CamperForce. I spoke with dozens of workers in Nevada, Kansas, and Kentucky. Tales of money and trouble were rampant. Sometimes I felt like I was wandering around post-recession refugee camps, places of last resort where Americans got shipped if the so-called “jobless recovery” had exiled them from the traditional workforce. At other moments, I felt like I was talking to prison inmates. It was tempting to cut through the pleasantries and ask, “What are you in for?” – Page 56, Nomadland by Jessica Bruder.

Anyone who has tried full-time RVing and workamping understands that like any job, the tasks may be strenuous or easy, repetitive, or mentally stimulating. The workamping jobs discussed in Nomadland are among the most challenging of all.

From hosting busy campgrounds with rowdy visitors to assembly-line work for Amazon, Bruder zeroes in on the most difficult aspects of these jobs and stories of a certain segment of RVers who do them. She calls them “downwardly mobile older Americans,” a segment of the RVing community comprised of individuals who are close to retirement or on the verge of utter destitution. They often work for little pay and long hours that take a huge toll on their bodies and energy.

Bruder attempts to understand her subjects better by purchasing an old 1995 GMC van outfitted with the most basic facilities. She traveled solo over 14,000 miles while living out of her van and visiting full-timer watering holes like Quartzsite. Her itinerary also included a Rubber Tramp Rendezvous to learn more about “stealth camping” survival tips.

In just under two years she explores the outer fringes of the full-timing lifestyle. She takes a job with the Amazon CamperForce and befriends a full-timer traveler named Linda. The woman is one of many workampers scraping by while holding out hope for better days.

Nomadland is a respectable effort at telling the stories of a small segment of America’s full-time RVers and workampers. Unfortunately, it uses every opportunity to highlight the worst aspects of the lifestyle and paint it with the same brush. Anyone thinking about workamping will appreciate the book’s honesty but should also maintain a healthy dose of skepticism while reading it.  You can find it on Amazon here.