You are here: Home / Top Stories / Adventures of a Globe Trotting, Van Dwelling Nomad
This post may contain affiliate links or mention our own products, please check out our disclosure policy here.

The globe trotting, van dwelling nomadic lifestyle isn’t for everyone. But for Lisa Marquardt, it’s been a dream come true. Smitten by the travel bug since taking a college age trip to Europe, the 45-year old insurance industry executive has since explored 96 different countries. This year she’ll even set foot on Antarctica. 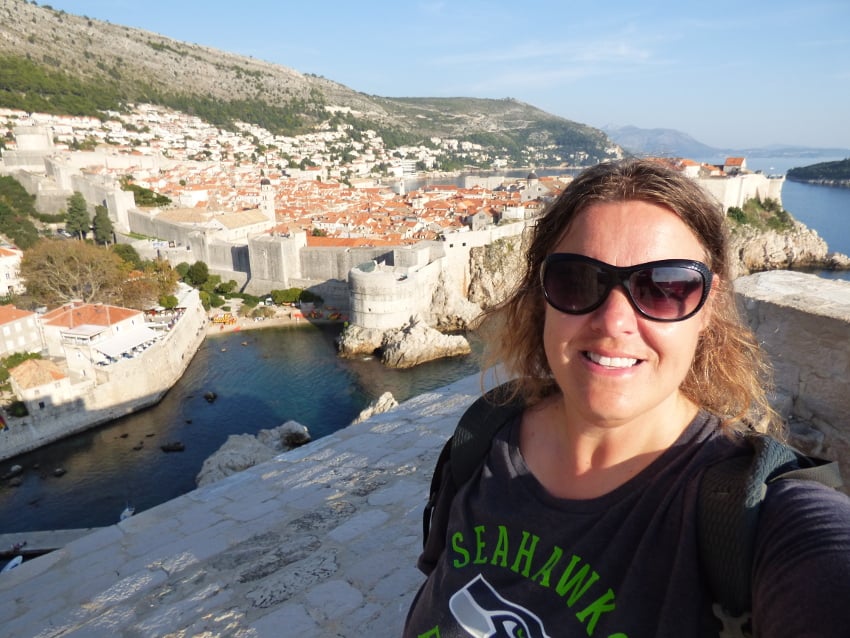 By plane or van, she’s exploring the globe.

Lisa made the leap to domestic van dwelling in 2018. Now she’s taking her travel smarts to the roads of North America. While exploring Southern California’s Salton Sea region, she took a break from journaling in her blog, The Hotflash Packer, to share the highs and lows of globe trotting and van dwelling as a (mostly) solo adventurer.

Negotiating Her Way Through the World

Company downsizing isn’t always a good thing, but for Lisa it was the start to a whole new way of life. Several years ago when her employer needed to cut expenses, she volunteered for a forty percent pay cut. In return, she negotiated a work schedule that only requires her to work 60 percent of the hours necessary for full-time employment. The best part is that she retained all her benefits and has a regular paycheck – whether she works zero hours in a week or all forty from home, on the road or in the office. 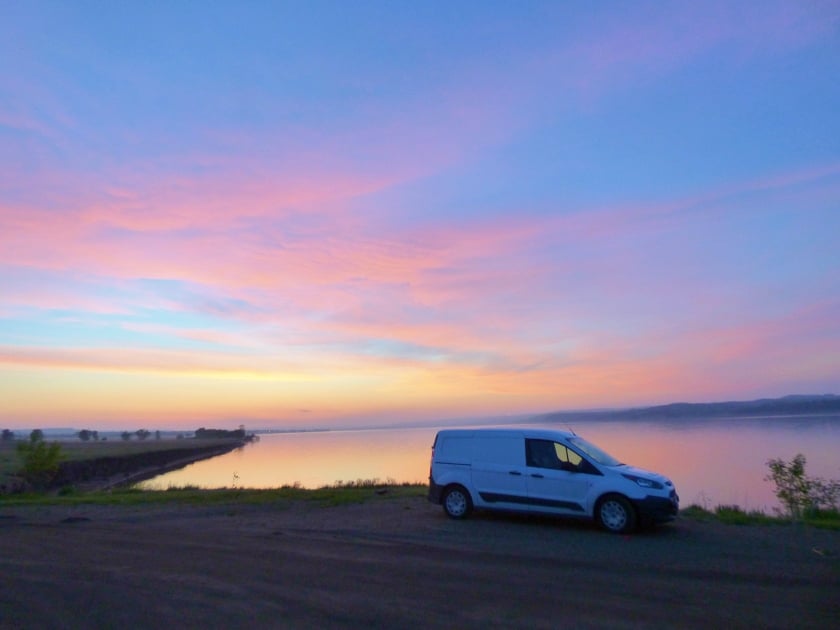 All the basics, all the adventure.

Along with selling her home and eliminating all her debt, the unique arrangement allows her to explore the world on a schedule that most people don’t get to enjoy until retirement. And whether it’s by way of her 2017 Ford Transit Connect cargo van or by plane, she’s experiencing places most people will never have the opportunity to experience.

The internet provides a source of inspiration for her van camping and international travels. First she decides on a destination that intrigues her. Then she checks out what professional tour companies offer for trips to those locations. “There’s a couple of alternative tour companies that go to off-the-grid kinds of places, so I look at them and I get itinerary ideas. Then I do it myself for about fifty percent of of the price that they charge to take you with a group.” She once spent time in Ethiopia for half the cost of a group tour, with more time to see the country than if she had gone with a group.

She travels alone about half the time. For the other half, friends and even new acquaintances partner with her on different journeys. Frugal solo travel has always been at the forefront of her trip planning strategy. But she’s discovered that sometimes it pays to have companions along. For example, renting a car with up to four friends in a foreign country is much cheaper than going it alone. This gives more flexibility than sticking to bus or train schedules. Getting around by car isn’t much of a problem on any globe trotting, van dwelling adventures thanks to one free map app that she uses, called Maps.me. 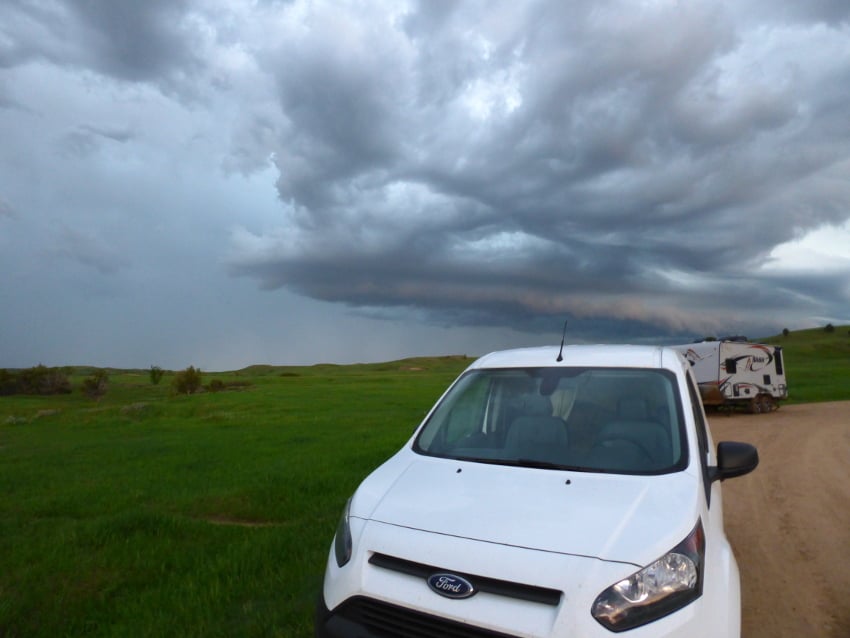 The Badlands were good to her.

Still, sometimes even her most adventurous stateside friends just won’t join her in far-flung destinations. For example, one time she announced she was going to Somaliland, a dangerous “Level 4 Country” according to the U.S. State Department. “Do not travel to Somalia due to crime, terrorism, and piracy. Violent crime, such as kidnapping and murder, is common throughout Somalia, including Puntland and Somaliland. Illegal roadblocks are also widespread,” the agency warns.

Lisa was undeterred and found two intrepid travel companions through internet forums. They would all share the cost to ensure their own safety in the exotic location. “You have to have an armed guard go with you, and a driver. So you’re paying the same $400 whether you’re one person or three or four persons.” She and two other adventurers, a 68-year old from Norway and a 75-year old from San Diego paired up and traveled together for a week, sharing costs and a bodyguard along the way. “It was good to have a couple of travel companions for that country,” she recalls.

Ironically, now that she’s one of the thousands of happy van dwellers in the U.S., camping in her own homeland often feels more dangerous than some of her foreign trips. “I think I’ve had more fear when I’m camping by myself in the U.S. It seems like every time I’ve pulled into a campground, there’s been some guy in an old beat up car with a cigarette hanging out of his mouth driving through the campground at two miles per hour. I lock my doors,” she says.

Her van offers a cozy place to retreat wherever she’s parked. The globe trotting, van dwelling camper has all the basics: a bed, some storage space and a cooler. After a year of domestic adventures in the home on wheels, she’s looking forward to some upgrades. “I need to get a plug-in cooler and probably solar, those will probably be the next things I purchase,” she says. Although there are no bathroom facilities other than “the dreaded bucket,” the crafty travelers never has a problem finding inexpensive places to stay with all the creature comforts. “For showers I just go to a local swimming pool or hot springs, do that every few days.”

Her van camping travels have been easy on her wallet. She recently went on the road for twenty nights, leaving from her home base in Seattle to Minnesota. The entire trip only cost her $100 in camping fees. She spent $30 of that cost for one night in a national park. The best part? She had bathroom facilities every night.

She’s well into her second year of globe trotting, van dwelling nomad adventures. Lisa is certain she’s chosen the best path to adventure in her own country. Look for her in Alaska and along the East Coast sometime this year.