You are here: Home / Blog / Great Escapes: Paramount Pictures Studio Tours
This post may contain affiliate links or mention our own products, please check out our disclosure policy here. 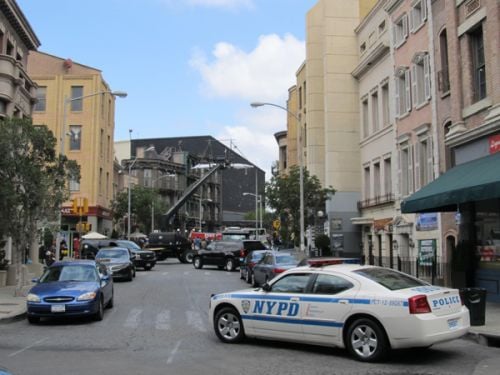 What do current TV shows Dr. Phil, Glee, and Rizzoli & Isles have in common with Academy Awarding winning films Rear Window, The Ten Commandments, Breakfast at Tiffany’s, and Saving Private Ryan? They’re all filmed, at least in part, on the studio lots and sound stages at Paramount Studios in Hollywood, California. If you’d like a behind-the-scenes look at where some of the most notable motion pictures and TV shows are made, take a two-hour Paramount Pictures Studio Tour. And if you really want to be a Hollywood insider, take the in-depth 4.5-hour VIP Tour. Advance reservations required. 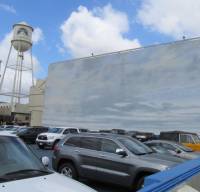 Tours are conducted aboard a “golf cart” that can hold 10 people. Because Paramount Studios is very much a working studio (and the longest continually operating studio in Hollywood), small groups must be chauffeured to numerous spots on the property. A knowledgeable guide points out recognizable props and sites such as the bench featured in Forrest Gump, the balcony from Pretty Woman, and the ornate wrought iron “Bronson Gate.” Ironically, Charles Bronson (whose name was originally Charles Buchinski) took his new name from this gate. Tradition dictates that everyone touch the gate and make a wish upon entry, so think of something good to wish for! The Blue Sky Tank used in the Truman Show, The Ten Commandments, and more is a surprising site. The tank is used to film water scenes directly on the lot; it holds almost one million gallons of water and takes a day to fill. When not filled with water, it reverts to an employee parking lot!

As you are driven around the grounds, your guide will also entertain you with historical facts, stories, and interesting trivia from the last 100 years of movie making. Listen closely for a few “secrets” about Brad Pitt and Tom Hanks, as well as Golden Age stars Lucille Ball and Alfred Hitchcock. On the tour you’ll also stop at the 67,000 square foot New York street back lot featuring replicas of 46 actual buildings. The area is rigged for anything Mother Nature can produce— rain, snow, fog, and more. If no filming is going on, your guide will give you a peek inside a typical New York brownstone. The interior is not much to look at, but the exterior is very authentic! Later in the tour, you even get to take a seat inside the plush theater where executives view films for the first time and decide what to cut and what to keep.

From grand epics and heart-wrenching romances to blockbuster TV shows, Paramount has some of the best talent and filmmakers in the business. And depending on filming schedules, you really could be seeing stars on your next tour. Cameras welcome!