You are here: Home / Top Stories / 3 Great Music Destinations In The East For RVers
This post may contain affiliate links or mention our own products, please check out our disclosure policy here.

Every unforgettable RV trip starts with a theme. If you love music, why not plan your RV itinerary around your favorite kinds of music? The U.S. has endless choices of places to hear tunes, but these three great music destinations in the east for RVers stand out. 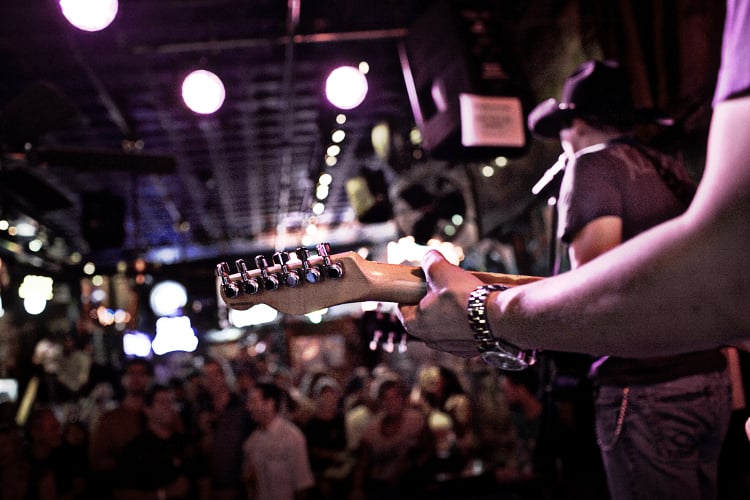 With the highest concentration of musicians per capita than anywhere else in the world, Music City has reigned supreme over all other entertainment destinations in America for more than a century.

Visit a club any day of the week you’ll find many places to catch great artists from other genres like hip-hop, rock, pop, and jazz. In-between shows you’ll need a great place to recuperate, so here are a few to consider: 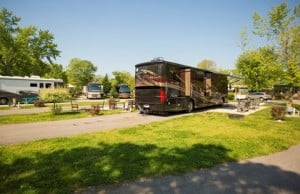 You can’t get any closer to Music City—or live better—than booking a stay at The Nashville KOA. Located less than three miles from the Grand Ole Opry, this deluxe RV park offers guests more than big-rig friendly sites and four-star park amenities.

The KOA also has hotel-like services including a concierge who books tours, reserves concert seats, and even transportation to and from the heart of Nashville.

Other amenities like a guest shuttle to downtown, on-site cafe and meeting facilities make the Nashville KOA an easy choice for living large in Music City.

Two Rivers Campground is full-service RV park close to the Opry and popular destinations like Broadway Street. Take the shuttle for $10 round trip and explore everything that makes Nashville a great destination.

You’ll need reservations for this popular campground, but the accommodations are worth it. Located about 30 minutes outside of Nashville, this Army Corps of Engineers campground has a retreat-like feel with outstanding scenery all year long.

Meander down to Raleigh, North Carolina

North Carolina’s musical reputation began with gospel, bluegrass, and jazz but today the vibrant, youthful “Triangle” cities of Raleigh, Durham, and Chapel Hill have spawned an expanded scene that plays out nightly in a 100+ music venues throughout the region.

Every type of musician, band, sound, and genre is waiting for you any night of the week. What’s even better is that if you’re a non-smoker, you’ll appreciate North Carolina’s indoor smoking ban—even in music clubs!

During your stay, make time to put on your flip-flops and check out a “beach music” concert. Unique to the Carolinas, beach music revels in the spirit of summer with popular “beachy” grooves from laid-back artists like Jimmy Buffett, Alabama, and Al Green.

With the most bands, venues, and music choices in North Carolina, Raleigh is an ideal music destination. Parking your RV is a bit more challenging but a great nearby destination is:

This full-hookup campground has 350 back-in RV sites in a grassy field convenient to downtown Raleigh. The $35 nightly fee comes with free WiFi, on-site security, and easy access to fairground events like a regular weekend flea market.

End with a bang in Athens, Georgia

The college town of Athens, Georgia is small in size but big into their homegrown music scene. Located a stone’s throw from the heart of Appalachia’s musical heartland, this quirky laid-back college town has spawned a diverse and eclectic group of musical acts that run the gamut of genres from indie rock to country to Southern-style hip-hop. Known throughout the world as “The Liverpool of the South,” it’s a bucket-list destination for modern music lovers. 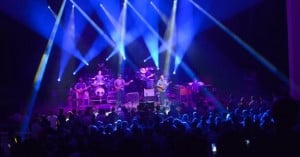 Athens has a remarkable 30+ music venues for a college town of just 119,000 people. Its reputation as a mecca for offbeat music styles began in the 1980s with the new wave band The B-52s and the indie rock group REM.

Today that tradition continues with thriving arts and music scene that’s home to alt-country bands like The Drive-By Truckers and Widespread Panic.

Great music is always evolving in this home to the University of Georgia, thanks to music and arts festivals like SLINGSHOT and AthFest, two annual gatherings that celebrate Athens music scene every spring and summer.

The closest camping spots near Athens, Georgia are also among the state’s most picturesque destinations for RVers: two Georgia state parks are within an easy drive of downtown Athens.

Set on the banks of a large fishing, kayaking, and swimming lake, Fort Yargo is a retreat from city life. Fifty water and electric campsites are reservable year-round and ready to serve as your home base for an Athens music journey.

The cornerstone of this historic Georgia site has the longest covered bridge in the state, spanning an incredible 229 feet across the South Fork River. With hiking, biking, and camping in a forested, riverfront setting, it’s a cool retreat during a hot Georgia summer.

There’s no way we can mention all of the great music destinations in the east in one article. If you have favorite places to go RVing and hear music in eastern states, let us know in the comments below.