You are here: Home / Blog / Hazards of the Smartphone
This post may contain affiliate links or mention our own products, please check out our disclosure policy here. 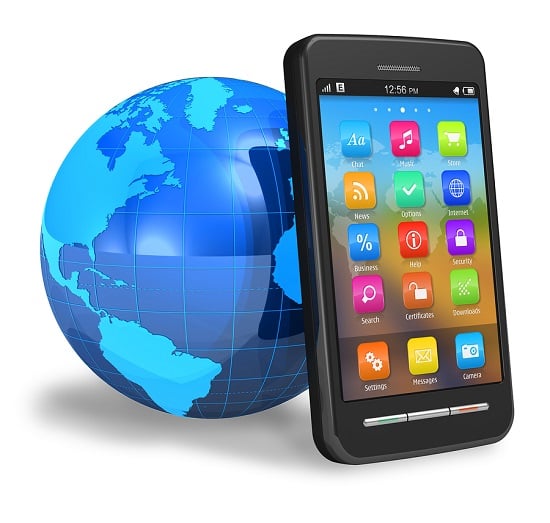 While I was in WA visiting Janet, we went to a Spokane Best Buy and purchased a new phone and I became even more attached to her family of three via her family account. I found out later that it was the “limited edition” blue color. That didn’t do much for me. I just wanted a phone that would do a little more than my AARP fold-a-phone that I have used for many years. In the process, I was also hoping for better camera possibilities with a major pixel camera rather than my old five-pixel camera. By the way, that five pixels was a big deal when I bought it in 1992 and I have enjoyed using it all these years.

What I got was a “smartphone” by Samsung that is a whole lot smarter than I am that wants to do my thinking for me (In most cases probably not a bad idea) but very frustrating. I tried to learn as much as possible at Janet’s but eventually I had to go screaming on to the plane, “But I don’t know enough yet!” With returning home and playing catch up with home-bound problems and dilemmas, I remained in foggy new phone confusion.

I couldn’t remember the passwords even tho I had written them down on scraps of paper in WA. I couldn’t catch phone calls so I would have to call them back. That was o.k. but mostly my service here at North Ranch is terrible. If I go out on the porch, I get three bars, sometimes. With many e-mails back and forth to Janet, I got through the first week.

Making calls is still a mystery to me. It calls people I have no intention of calling. Case in point, my youngest called me from her car on her way home from work as she often does. I couldn’t find the phone and get it “swiped” fast enough to catch the call. Thinking I would just immediately redial the number that just called, I was congratulating myself on having learned something but the voice on the other end was male. I was quite sure Tracey was traveling alone. I said (and I hate it when someone does this to me), “Who is this?” “Who are you calling?” he asked, a fair question. I said, “The phone apparently called the wrong number” and I laughed. He immediately realized who it was, “I’d recognize that laugh anywhere.” I’ll never hear the end of that (except I’ll be moving away!)

It turned out to be a North Ranch neighbor whom I had called the day before. AAGHT! It just isn’t getting any better although I have learned to use the camera, more or less. If my VA grandson or daughter cannot teach me at least a few more things when I am in VA, I may take a hammer to it. Pray for me!

Update: Virginia – Grandson Will knows the ins and outs of the smartphone and Tracey has a fair knowledge of hers as well. That helped and I did learn a few more things. However, with a major flight delay leaving VA, missed connections in NC, and “air traffic congestion,” instead of arriving in AZ at 9:30 p.m., it was 1:30 a.m. the next day with a 3 a.m. bedtime. Getting only three hours of sleep, I forgot everything. Couldn’t get a text out so until I get more sleep, I’m going to forget I own a smartphone. Come to think of it, after I get eight hours of sleep, I may still take a hammer to it. God Bless until next week.

Winter in the Wilderness, the first e-book novel published by Minshall, is offered at most Internet book sites. A print edition may be obtained from Amazon, or you can order an autographed copy from the author at 1009  W. Brackett Rd, Apt 234, Sequim, WA 98382 for $7.95 plus $3.50 for postage and handling.