You are here: Home / Blog / Ian Poulter: “No Limits, My Autobiography”
This post may contain affiliate links or mention our own products, please check out our disclosure policy here. 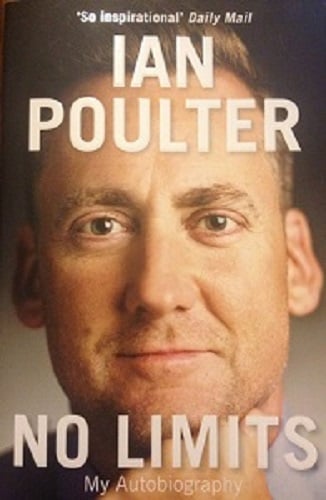 To say that Ian Poulter is one of the PGA’s most colorful players would be something of an understatement. Not only is the English golfer one of the most opinionated players on Tour, he also announces his presence with the colorful attire he wears on the golf course. Recently, Poulter shared his thoughts and opinions in the written word, publishing “No Limits, My Autobiography.”

Here he tells his inspirational story, from his early rejection as a youth soccer player, right through to his match-winning contributions to successive European Ryder Cup triumphs. Poulter went from an assistant professional staffing the club shop to a global superstar, turning pro when he still had a handicap of four but the drive and self-belief to make it to the top.
His infectious optimism, will power, and flair have ensured he remains one of the biggest names on the tour. As well as insights into the crucial moments in his career, and the life of a professional golfer, he talks about his passions outside the game, including his own riotous brand of clothing. Just as Poulter’s appearance on the scene came as a refreshing antidote to a sport that was staid and stuffy, so his own book is as forthright and passionate as Poults himself.

Whether you love Ian Poulter or despise him, there’s no denying his talent on the golf course. Poulter, who turns 40 next year, joined the professional golf ranks in 1995. He has 16 professional wins throughout the world: Two on the PGA Tour, 12 on the European Tour, and two more on the Asian Tour. The highlights of his career to date have been his two World Golf Championship wins at the 2010 WGC-Accenture Match Play Championship and the 2012 WGC-HSBC Champions.

Many of the anecdotes and recollections within the pages of Poulter’s “No Limits, My Autobiography” might be construed as self-indulgent. Then again, you would expect nothing less from Ian Poulter. The book is available at major booksellers.