You are here: Home / Top Stories / Illegal Dumps Threaten Free Camping In U.S. Forests
This post may contain affiliate links or mention our own products, please check out our disclosure policy here.

From Colorado to Oregon, Arizona to Maine, illegal dumps threaten free camping in U.S. forests with fire hazards, toxic refuse, and human waste contamination. As more dispersed camping areas are trashed by these campers, could your favorite campsite be next? 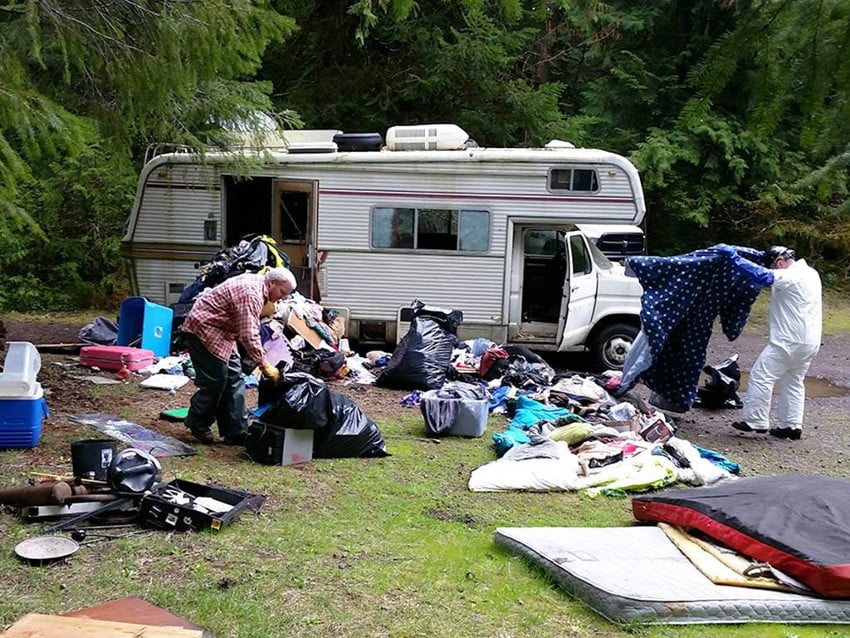 Free camping in national forests is a popular choice for outdoor lovers who want to escape the rigid rules of organized campgrounds. From RVers to tent campers, anyone can utilize America’s national forest service lands that allow free, dispersed camping for up to 14 days. Most will practice good free camping ethics and pack out everything they brought into the woods. The vast majority leaves in the designated time limit.

However in forests, on the fringes of mountain towns like Flagstaff, Arizona and Sisters, Oregon, a new type of visitor calls these forests “home”. They’re staying longer, leaving heaps of trash, and putting free camping at risk. A wildfire in Nederland Colorado last summer proved just how serious the problem is. Two illegal campers with an out-of-control campfire caused a 600-acre fire that burned eight homes just outside of town.

Mounds of trash and illegal camping near the mountain town of Sisters, Oregon has reached epic proportions. Last month the Sisters Ranger District closed a popular free camping area on the outskirts of town. Camping is banned from now through April 2019. However visitors can use the area in daytime hours.

If you’re thinking of enjoying some free camping near Durango, Colorado, look out for closures there too. “People are going up there, camping all over the forest and making a mess of things,” said District Ranger Matt Janowiak in a statement to the Durango Herald. “And it’s gotten worse the last couple years.” Free camping in the San Juan Forest is off-limits in several places. Homeless encampments, illegal piles of trash, and fire-risk are the main reasons why camping is prohibited. 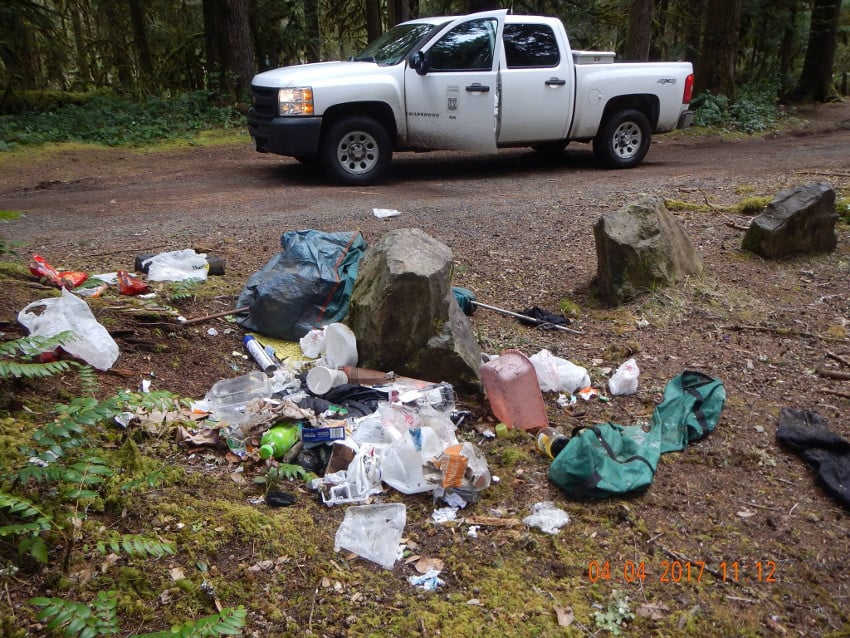 “They have come to this common land that we all share and left behind their garbage. Who are they to think that is their right and privilege?” said Willamette National Forest spokesperson Jude McHugh in a statement to Portland’s media outlet KGW.com.

A huge trash pile left behind at Detroit Lake in Willamette National Forest last summer was the cause of McHugh’s anger.

Illegal long-term campsites are also trashing the Coconino National Forest outside of Flagstaff, Arizona. According to statistics given to the Arizona Daily Sun Newspaper, in 2016, rangers gave 23 warnings, four incident reports, and three mandatory citations to people using the forest for residential use or overstaying the 14 day limit. In 2015 the Forest Service issued 96 warnings, 44 incident reports, and 12 mandatory citations for those violations, the Sun reported.

The problem is worse than ever in many places. According to the New York Times, “A 2015 survey of 290 law enforcement officers for the Forest Service found that officers in the Rocky Mountain West and Southwest encountered long-term campers most often. About half of the officers said the number of these long-term campers was on the rise. Only 2 percent said it had declined. (The rest said the number had either largely held steady or fluctuated.)”

Other than closing these free dispersed camping areas, nobody seems to have an answer to the problem. “It’s a problem that’s bigger than the National Forest Service,” said Oscar Martinez, forest ranger for the Pikes Peak Ranger District in a statement to the The Colorado Springs Gazette.

What do you think? Let us know in the comments below.