For long commutes or RV road trips, music and audio books can fill the time, but there’s another option—the radio drama. Radio programs recorded decades ago can be purchased in various audio formats today, but what you may not realize is that new radio dramas are still being created.

Jim French, who began his scriptwriting career with the CBS radio series, “Suspense” in the 1940s, started producing radio dramas in the 1970s and is still doing it today. His series, “The Adventures of Harry Nile,” debuted in 1976, and the latest episode was recorded this year. Niles is an ex-Chicago cop who became a Seattle detective, and his tales have the mood, drama and period detail of all those classic radio mysteries of the 1940s and ‘50s. Close your eyes and you are in the milieu of Philip Marlowe and Sam Spade.

There are about a dozen series and more than 700 shows in the collection that Jim French Productions of Bellevue, Washington, has created under the banner of Imagination Theater. Imagination is the keyword, since radio dramas encourage listeners to fill in the picture with their imagination.

In addition to the popular Harry Niles series, the collection includes “The Hound of the Baskervilles” and other Sherlock Homes stories, “Hillary Caine Mysteries” by M. J. Elliott, and “The Amber Room Hunters” by Sable Jak.

Most of the casts are actors in the Pacific Northwest, but among the performers who have appeared in various episodes are Patty Duke, Tom Smothers, Keenan Wynn, Ruta Lee, John Astin, Richard Sanders and Cynthia Geary.

The dramas are broadcast on more than 100 radio stations across the country, and are available on CD at jimfrenchproductions.com. 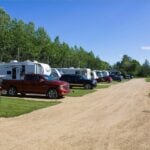