You are here: Home / Blog / Book Review: Jim Moriarty’s Playing Through
This post may contain affiliate links or mention our own products, please check out our disclosure policy here.

Longtime golf writer Jim Moriarty churned out what should be in the golf world a bestseller. Jim Moriarty’s Playing Through, Modern Golf’s Most Iconic Players and Moments examines the transformation of the game in the last 35 years. One thing that readers will appreciate about this book is its originality. 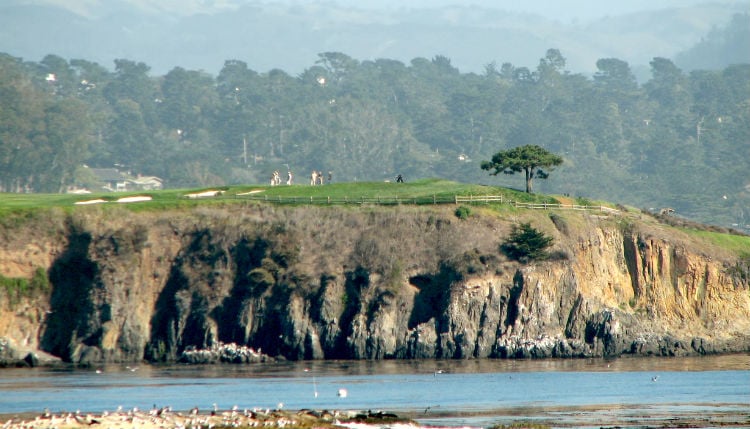 The initial chapter summarizes the duel between Jack Nicklaus and Tom Watson at the 1982 U.S. Open at Pebble Beach (seen here is the sixth hole at Pebble Beach Golf Links). Photo by Bernard Gagnon

Jim Moriarty’s Playing Through Details Golf and its Key Players

However, these are not just a rehash of the author’s previous works when he wrote for Golf Digest and Golf World. Jim Moriarty’s Playing Through details original observations. In fact, they come directly from Moriarty’s time in the trenches, if you will, for the better part of three decades. 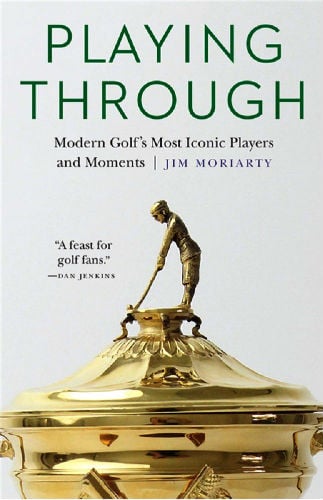 “Any collection of Jim Moriarty’s writings on golf is reason to celebrate for any true fan of the game,” says fellow author James Dodson. “He writes effortlessly about (players’) trials and triumphs in a full-bodied manner that recalls the finest storytellers of the past century.”

Since the early 1980s, the game has seen dramatic changes in technology. These come in the form of more efficient golf clubs and balls that fly farther. Also, training aids to improve the collective skill levels of all golfers have been advanced. Though these improvements are in place, he insists that it still comes down to players competing against players.

Additionally, Jim Moriarty’s Playing Through follows along with the game’s technological advancements. These include the rise of European players. It also takes a deeper look at some of the nation’s best and most intriguing players. Phil Mickelson, Julie Inkster, and Tiger Woods – to name a few – are mentioned and looks ahead at “Generation Next.”

Further, a few other players and events Jim Moriarty’s Playing Through summarizes include Seve Ballesteros and his impact on the Ryder Cup; the career paths of Nick Faldo and Greg Norman at the 1986 Masters; Payne Stewart’s career and tragic death; the quick rise and long fall of John Daly; the PGA Tour’s globalization; women’s golf as seen through Juli Inkster; and a look at Rory McIlroy, Jordan Spieth, Jason Day, and the other new kids on the block.

Published by the University of Nebraska Press, Jim Moriarty’s 274-page book “Playing Though, Modern Golf’s Most Iconic Players and Moments” is available online at amazon.com.