You are here: Home / Top Stories / Everyone’s Flippin’ Over Keystone Insane RV Concept Reveal
This post may contain affiliate links or mention our own products, please check out our disclosure policy here.

The Flippin’ Nomad’s recent Keystone Insane RV concept reveal shows that no matter how crazy your RV interior design dreams might be, anything is possible. 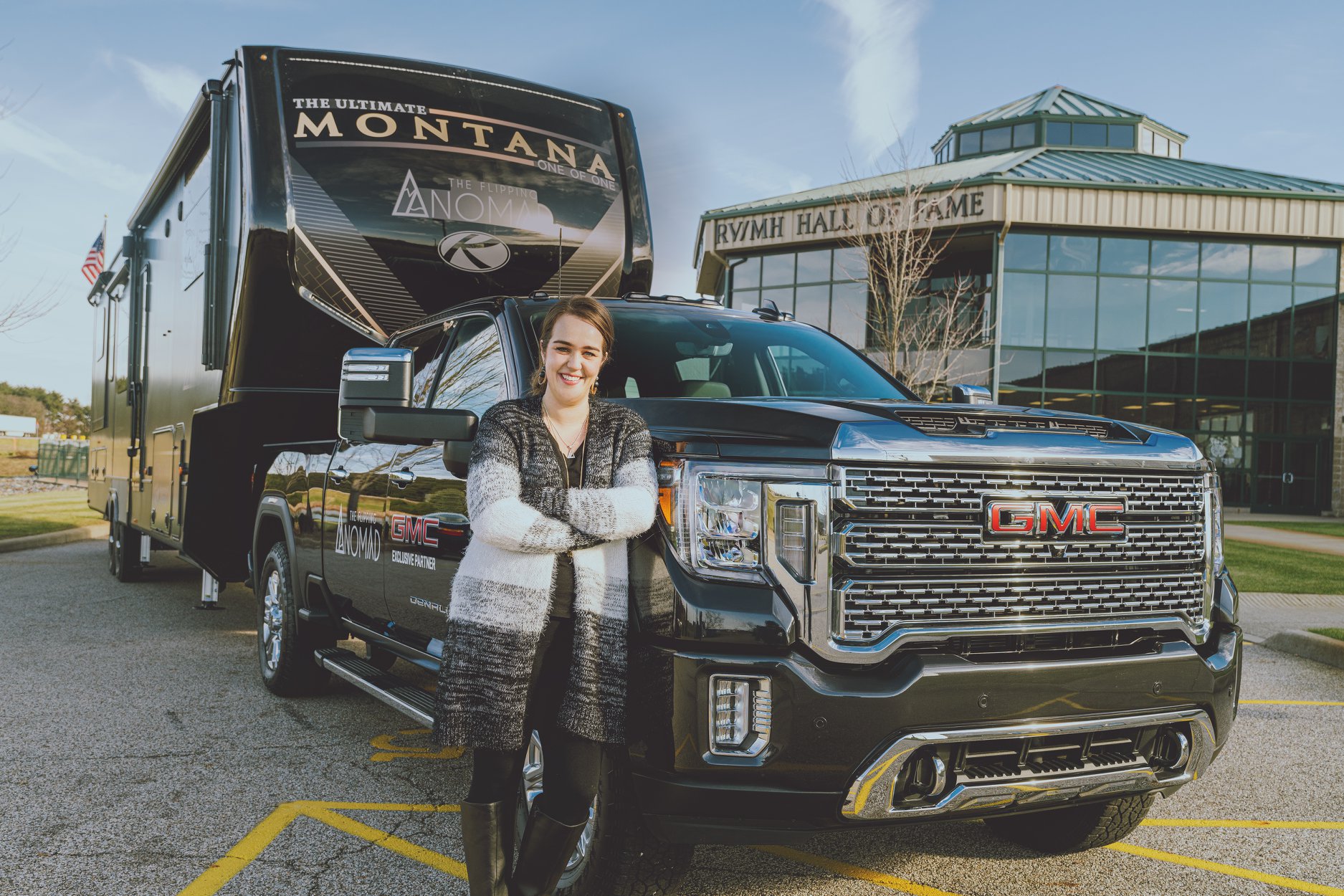 Have you been following along with the Flippin’ Nomad’s Insane RV build-out? It’s finally over! Earlier this month, The Flippin’ Nomad and Keystone revealed what is perhaps the most insane RV dream machine ever built.

Keep in mind that this is only a concept rig. It will never go into production, but it shows what’s possible when you get a creative RV interior designer and over $90,000 in sponsors on-board to create a luxury dream rig. 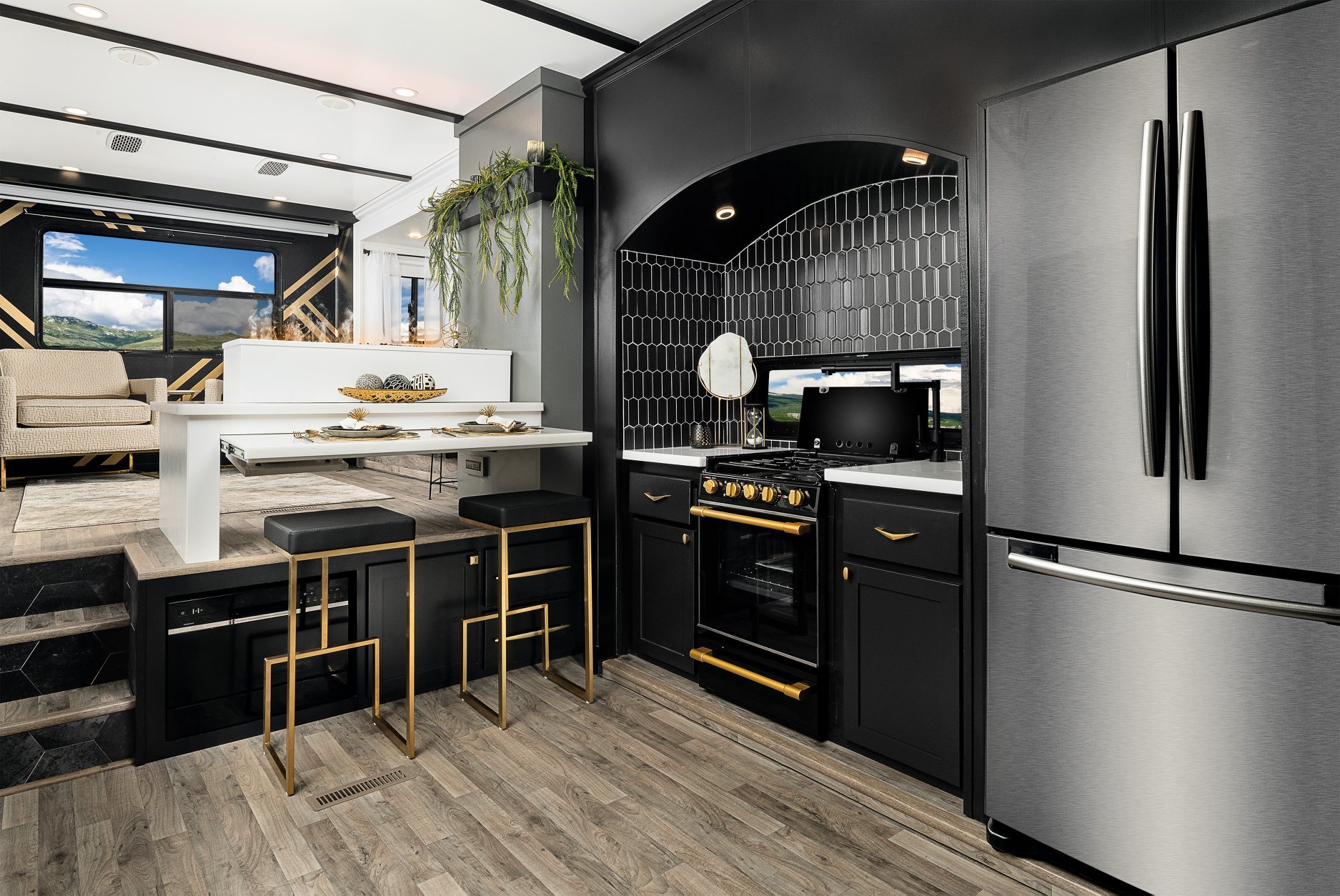 “A concept RV is all about showing what’s possible, and pushing the limits – but not necessarily what’s practical, which is why it will not be mass produced,” wrote a company representative on the Keystone Facebook Insane RV Reveal post.

Here is RV interior renovation guru Cortni Armstrong (aka The Flippin Nomad) at the RV/MH Hall of Fame in Elkhart, Indiana, where she kicked off the big reveal.

First look at The Ultimate Montana!

And now a look at the exterior

The unit is a brand new shell for a Montana 3791RD. Fresh off the production line, Keystone’s vendor partners helped Armstrong outfit the rig with state-of-the-art tech and luxuries.

On the practical side, it included enough solar power to run air conditioners, microwave power and other electric appliances:

For the ultimate in entertaining, the rig also features:

Armstrong is taking the Insane RV on the road this winter. You’ll find her head-turning Insane RV concept reveal in person at the following snowbird hotspot destinations: