You are here: Home / Blog / Looking Back at the Golden Era of RV Life
This post may contain affiliate links or mention our own products, please check out our disclosure policy here. 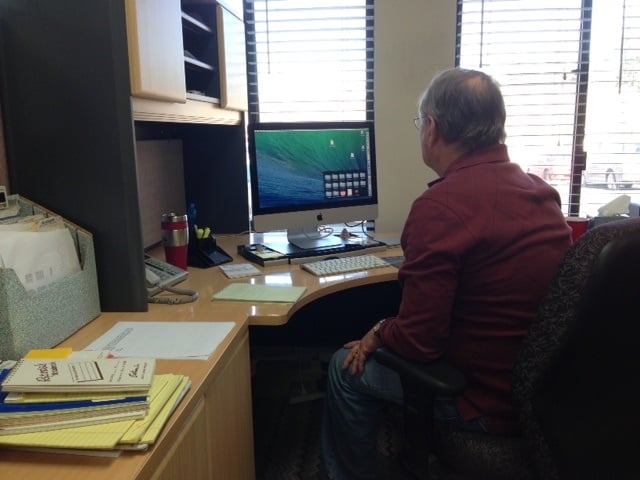 In journalism school many decades ago they warned us that publications would not always be delivered by newspaper carrier or mail. Someday people would have a device in their home that would print out magazines and newspapers. Exactly how that would work was not specified. I couldn’t imagine anyone having enough paper in their home to print a newspaper every day, but it was all so far in the future that the details didn’t matter.

Futurists often sense the direction of things without nailing the details. Cars were supposed to fly one day; they don’t yet, but they can drive themselves. Dick Tracy’s two-way wrist radio has become a smartwatch instead. And instead of printing out publications at home, people just read them on a screen.

All this brings us to the fate of RV Life.  The October issue was the final one in print. Like many other publications, RV Life has found it economically infeasible to remain in print, but will continue at RVLife.com. For those of us who grew up holding the publication itself in our hands and not an electronic device, it is a melancholy occasion.

Now retired, Ron (Diesel) Knudson founded RV Life 32 years ago and built it into a highly successful magazine. Toni Knudson, his wife, took over the helm a decade ago and gave RV Life a brand new look and feel, expanding it into tourism to the enjoyment of our many readers. Many contributed to the publication’s success over the years, but none more than marketing director Kristin Boag, whose skill in working with advertisers and her enthusiasm for RV Life are quite remarkable. The appearance of the magazine was greatly enhanced by the work of our artistic graphic designer, James Taylor.

I joined RV Life as editor 13 years ago and have had the good fortune to work with a group of talented writers and photographers. Let me use this concluding column to thank those contributors whose efforts produced a magazine that so many readers told us they loved.

Our columnists were the backbone of the magazine, and several were writing for it long before I joined the staff. Sharlene Minshall’s column, “Silver, Single and Solo,” chronicled her adventures as a full-time RVer as she traveled North America, from the Yukon in Alaska to the beaches of Baja California. She sold her RV several years ago, and wondered at the time if she shouldn’t quit her column. I urged her to continue, and happily she did, for she continued to write excellent columns in her engaging and distinctive style.

Bob Ellsberg, a retired educator who lives in Astoria, Oregon, shared his adventures as a fisherman in an always good-humored, sometimes hilarious, column called, “Fishin’.” Whether he is writing about fish that he and his companions landed or the ones that got away, Bob always tells a riveting story.

Russ and Tina De Maris were our technical experts. They seemingly know how to fix everything on an RV, usually at minimal cost, and they generously shared their experiences in their “Tech Tips” column.

Rick Stedman combines his love of RVing with golf, playing courses all over the country and internationally. His golf expertise was always on display in his column, “RV Golfer.”

I was never sure that an RV magazine needed a food column, but it was always one of our most popular features, thanks to a string of writers that began with Marian Platt and her musings on food and the weather in a column called “What’s Cookin’?” Michael Nolan ably filled that role this past year with his “Great Plates” column that focused on simple dishes well prepared.

Another comparatively recent addition to our staff was Rene Agredano, who diligently and thoroughly explored the world of full-time RVing in her column, “On the Road for Good.” Rene has a knack for finding interesting people to write about and a talent for digging our information on topics of importance to full-time RVers.

Joe Schmidt, a gifted artist and former art and animation teacher, added humor to every issue with his “Winding Roads” comic strip.  Richard Lehman contributed witty illustrations that were always a delight.

Our columnists provided reliably interesting reading every month, but to give each issue a different flavor, we relied on freelance contributors. Their stories and photos brought travel destinations to life, and introduced us to amazing people and intriguing places. There were far too many contributors to name them all.  Some gave us new stories every year for well over a decade. Donna Ikenberry, an expert wildlife photographer, provided several stories every year and so did writer Mary E. Trimble, and her photographer husband, Bruce. 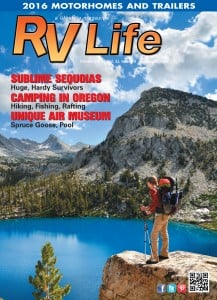 The complete list of contributors is too long to present here, but everyone whose story was published in RV Life can take at least a little credit for the magazine’s success.

The print era for RV Life appears to be over, but who knows what will come next. New ownership will bring new ideas and inevitable changes. My only regret is that the  journalism school idea of decades ago that people would one day print out handsome magazines in their home didn’t quite pan out. The reality is different, but has its own rewards.