You are here: Home / RV Trailers and Motorhomes / Top 5 Motorcoach Trends Seen At The RV Dealer Open House
This post may contain affiliate links or mention our own products, please check out our disclosure policy here.

I love all types of RVs, but as a diesel pusher owner, I always gravitate to the big boys. I recently had the chance to examine several new models at the annual Elkhart RV Dealer Open House. A few features really stood out to me.

Far and away one of the most visually stunning features I saw in some of the Thor diesel pushers were the vertically oriented, massive 15.7-inch in-dash touchscreens, providing Garmin navigation, SiriusXM radio, and backup and side camera views. 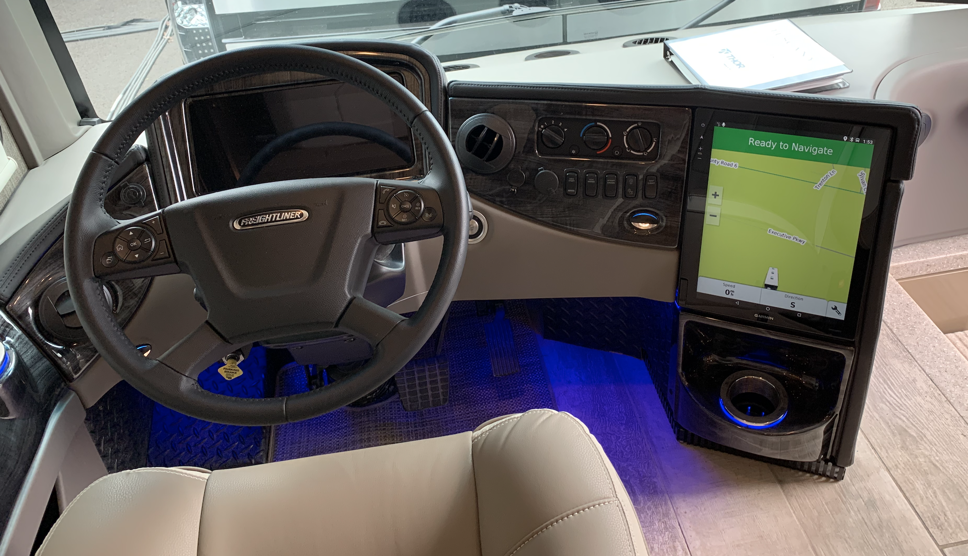 This Tesla-esque display screen is massive. With so much dash real estate to work with, this is such a smart use of the available space. Other manufacturers were similarly equipping their units, but not quite so boldly as Thor yet.

Virtually everyone was showing light, modern interiors. The new combinations of light colors, European cabinets, and plank and farmhouse-style flooring made for bright, spacious interiors. 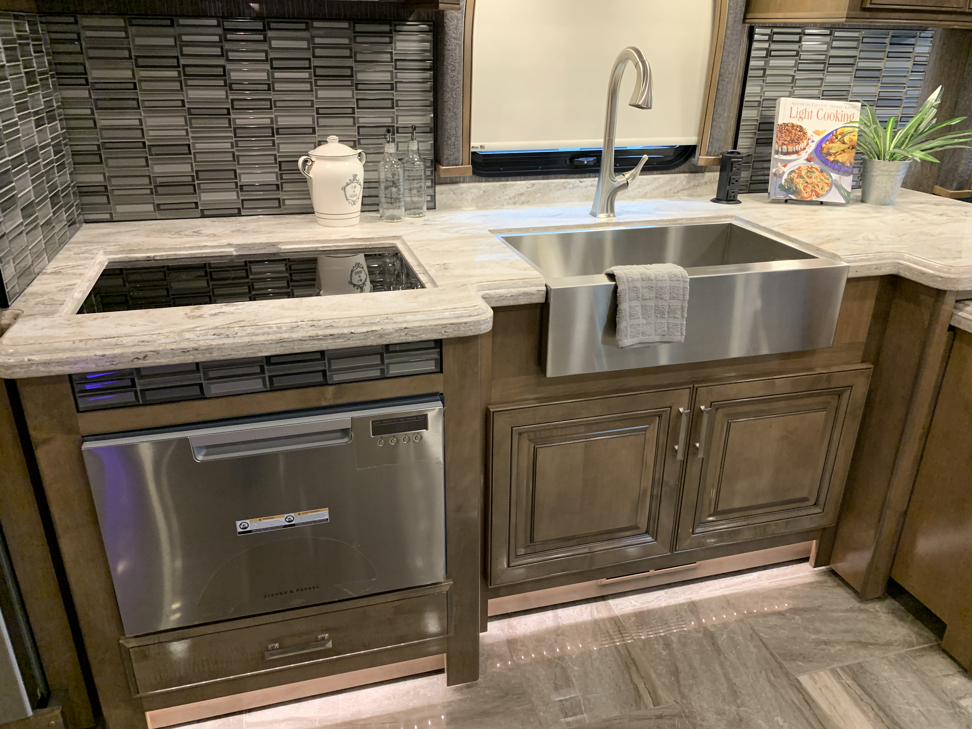 Combined with LED lighting and rounded shapes, even the larger coaches had that svelte, European feel. This was really brought to light as I stepped into a well-known, higher-end coach that apparently had not yet received the memo to update their models and was completely underwhelmed.

We’ve seen plenty of fireplaces in the past, but they were out in force this year. Gone are the attempts to even make it look like a real fireplace, giving way to a modern aesthetic. The attitude seems to be, who are we fooling, we all know it’s not real wood so let’s just make it attractive. 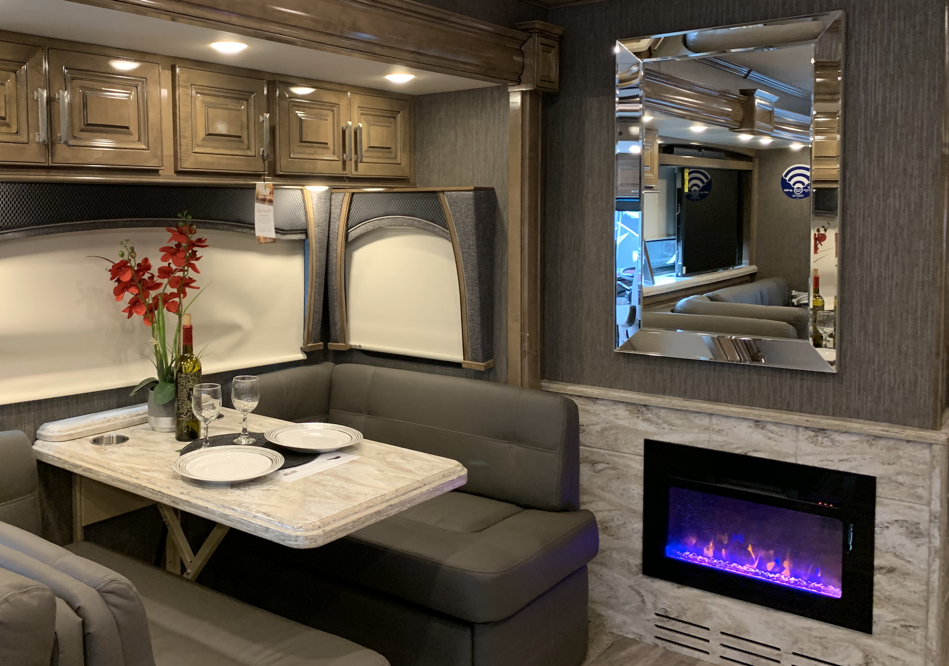 This trend has been growing of course, but it was certainly on display this week as nearly every manufacturer had upped the ante on built-in electronics. 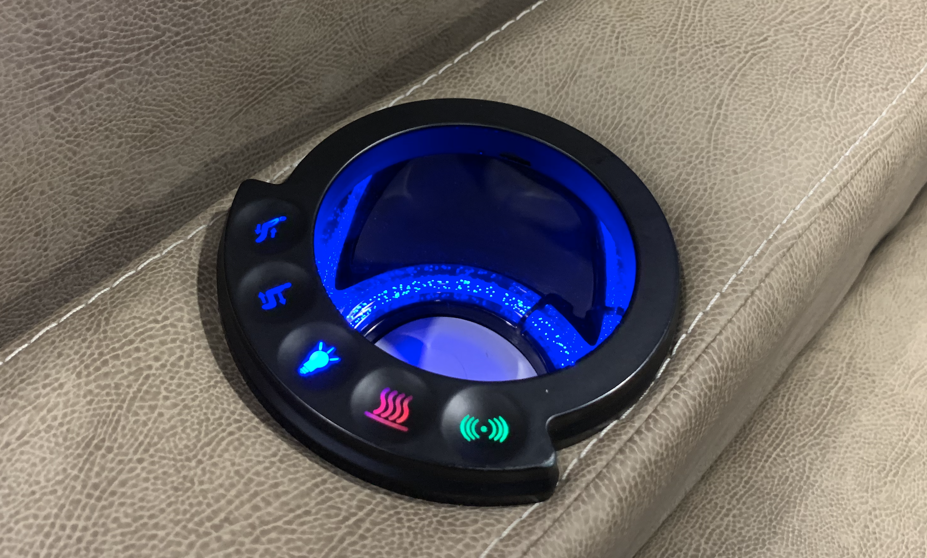 You expect these features on high-end diesel coaches, but now we’re seeing them several models down the chain as desire and dependence on them require it.

As diesel coaches begin to scale lower, both in size and price, becoming more affordable for couples with kids, bunk beds and overhead bunks that drop down are now offered on more floorplans than ever. 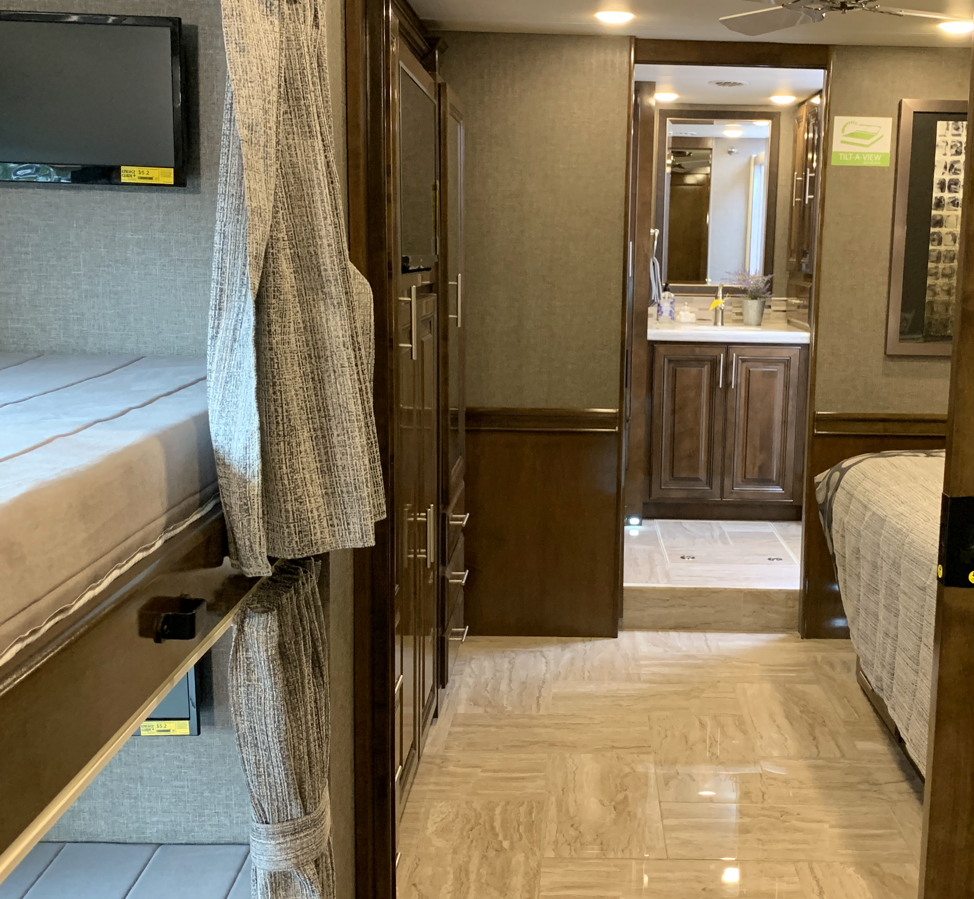 Very little space is given up to add a quality overhead bunk, and the traditional bunk beds often fold and convert to yield additional storage or hanging space.

The old adage of drinks for six, dinner for four, and sleeping for two is just that—old. Today’s diesel coaches can often accommodate six all around without having to fold out the couch or disassemble the dinette.

After seeing the offerings this week, even my four-year-old upscale 43-foot diesel pusher feels dated. I may need to head over to Do It Yourself RV and see what kind of upgrades I can do.