You are here: Home / Blog / Where Are America’s Multicultural Full-time RVers?
This post may contain affiliate links or mention our own products, please check out our disclosure policy here.

Freedom is in the air and there’s no better way to show your independence than hitting the road as a full-time RVer. This weekend as I celebrate the liberating spirit of this great lifestyle, I also wonder why the full-time RVers I see on the road don’t seem to look like the melting pot of America. Despite the growing numbers of ethnically diverse weekend campers being reported on by the RV industry, I just don’t see too many multicultural full-time RVers. 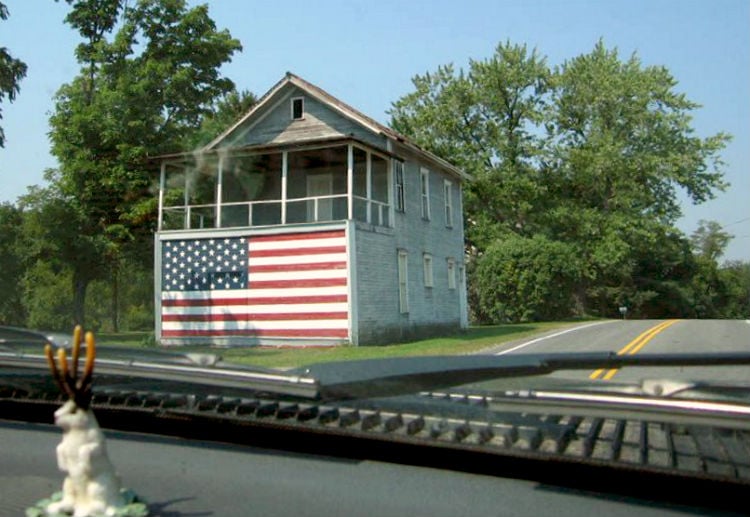 Where are the Multicultural Full-time RVers?

Few things in our world stay consistent through the years, but there’s something that hasn’t changed since I hit the road in 2007. Almost every full-time RVer I’ve met appears to fit the same full-timer demographic as the last 30 years. They are mostly white, affluent and retired. This is just my impression so I’m looking to you, dear reader, to give me a reality check.

Is this overall impression of mine totally wrong or has it been your experience too?

As a person of Mexican descent, I notice these things. I often wonder why most of the RVers I’ve encountered at rallies and popular snowbird destinations don’t reflect the latest camper demographics cited by the RVing industry. After all, the 2016 North American Camper Report by Kampgrounds of America Inc. says that now more than ever America’s three largest ethnic groups are discovering the joys of camping:

“Non-whites are responding to efforts to promote public campgrounds.

I grew up RV camping in Southern California. My large Latino family went RVing to places like Shaver Lake and Yosemite with many other giganté families like ours. Many people I grew up with still go RV camping, but not a single one I know has made the leap to full-timing. It baffles me. Why don’t the benefits of full-timing resonate with those who share my ethnic ancestry? After all, according to the North American Camper Report:

“African American/Black and Hispanic campers express a much greater enthusiasm for camping overall, stating that camping is a way to spend more time with friends and family . . . “

No matter what your ethnic heritage, the full-time RVing lifestyle is so conducive to strengthening family bonds. As more families break away and spread their wings from coast-to-coast, full-timing is an easy and relatively cheap way to stay close to relatives. For families like mine, that means putting a lot of miles on the rig – and many great adventures too.

Thankfully groups like the National African-American RV’ers Association (NAARVA) are introducing the RVing lifestyle into communities around the country. Their advocacy is paying off. Through the years I’ve probably met more African American full-timers than Latinos or Asians (however just three come to mind). 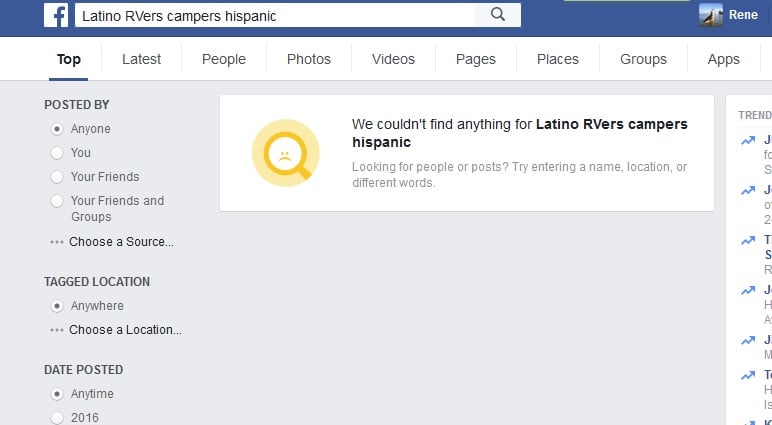 As for Latinos, I can’t seem to locate a national RVing group that’s doing the same type of outreach as NAARVA.

Search Facebook and you won’t find a group or page devoted to Latinos and the RVing lifestyle. If you know of an organization like this I’d love to hear about it. If there isn’t one, maybe it’s time for me to start it.

Happy Independence Day fellow RVers! Whatever ancestry you come from, may you discover the freedom and joys that this nomadic lifestyle offers to every single person under the rainbow.