You are here: Home / Blog / Share My Final Words about the Future of Fishing
This post may contain affiliate links or mention our own products, please check out our disclosure policy here.

For my very last Fishin` column for RV Life I am going to address a concerning issue about the future of fishing. But first I would like to point out that it has been my pleasure to share my past stories, tips and general concerns with the readers of RV Life for the past two decades.

Last Thoughts: Stay Alert about the Future of Fishing 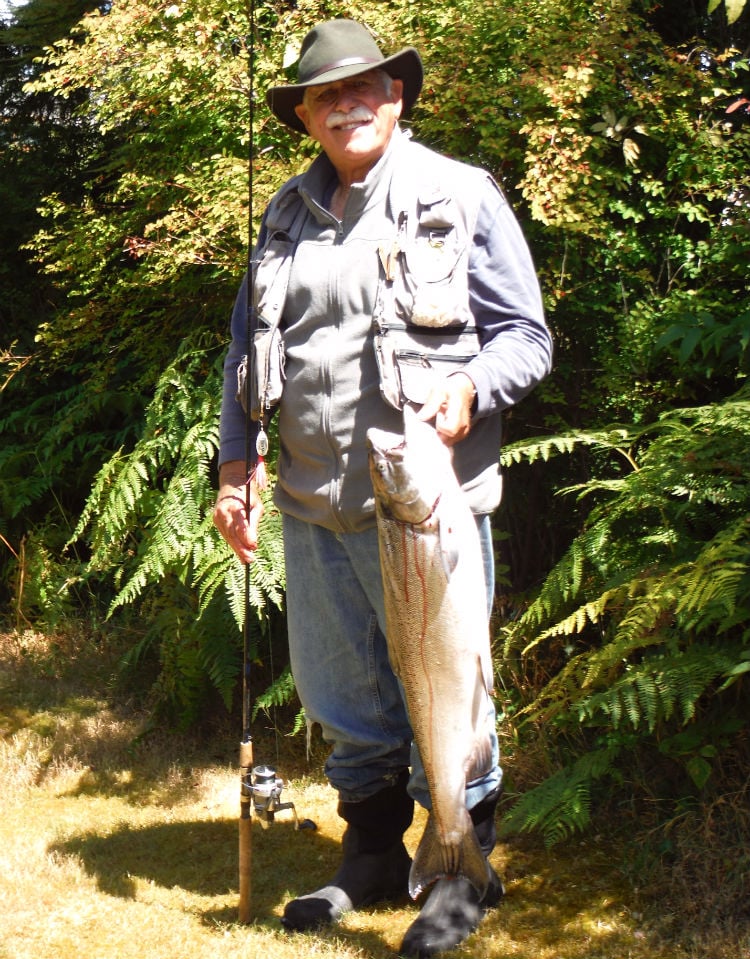 The author after a catch in August 2016.

Writing this column for RV Life began when I was working as a writer for the Budweiser Fishing Team when Diesel Knudson the long-time (and former owner) of RV Life Magazine, dropped by our booth at an outdoor show.

They had done a survey and realized fishing is a popular pastime among RVers. As the offer was interesting, I told him I’d try it for a couple of months. Some 20 years later, I’ve enjoyed some great times with the RV Life editors and readers. I am most thankful for all of the support.

Over the years, readers have responded with plenty of feedback and suggestions. Quite often, they have asked questions and shared stories that added a great deal to my efforts. If I was lucky, I would mention a favorite spot. I was always happy to have caught their interest.

After all this time, one might ask “How’s the fishing?” Unfortunately, like most seasoned fishermen, I have to report that it’s not as good as it used to be. While some places are doing pretty well, the Northwest is having a few issues and there is a concern about the the future of fishing

First of all, fishing access isn’t what it used to be. The timberlands surrounding a lot of our rivers are often not welcoming anglers. Many were owned regionally but have been bought by foreign corporations with little interest in promoting good will. Further, as those fishing opportunities dry up, others get over crowded. Even some public access roads in public ownership are closing.

Secondly, the communication boom has also hurt fishing. Instead of the big charters we used to hire on the coast, the increase of smaller, faster boats are chasing all over the waters. Guides share information with their partners via cell phones and fish get targeted and harvested at a much faster rate.

Also, it`s common for fishing bloggers to report about a successful fishing hole online. Then, a few days later there would be a couple of dozen cars crowd the access road. It seems like we are finding ourselves in a drag race rather than a quality fishing experience. 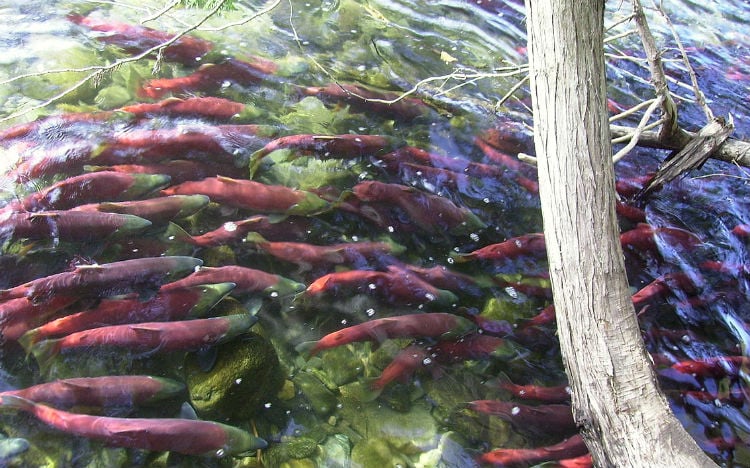 Seen here is a school of Sockeye spawning. Photo by Theinterior Wikipedia

Pollution and global change play a role in the future of fishing as well. Dead zones in oceans provide scant nutrition for the bait fish that feed salmon and steelhead. Clams are taking in too much domoic acid to consume safely. Plus, warm weather has changed the temperature of the rivers where salmon travel to for spawning. As a result, if the water gets warmer than 70 degrees, salmon die. For instance, in 2015, a record Columbia River sockeye run had huge upriver casualties as waters got way too warm.

Further, our silver salmon are on the endangered list. Sturgeon limits have gone down from three fish a day to no fish at all. In fact, I sold all my large boats as there wasn’t enough fishing around the Columbia to keep them in good use.

Does that mean that all the good fishing is behind us? Or, is the future of fishing in peril? Not at all. But the next generation needs to demand better management than we exhibited. They need to make efforts to get more stream side into public use. It would be nice if we gave the environment a little more support, too.

Tight lines and thank you.